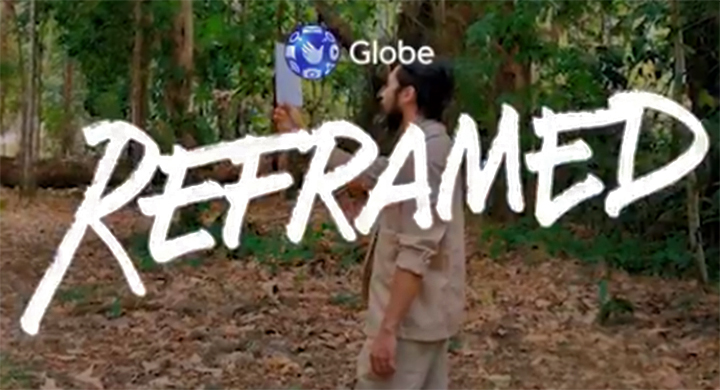 Get inspired by three brave creators on the Reframed docu-series

See the world through the eyes of three brave, creative individuals as they masterfully craft their stories and express how they look at life.

Globe Postpaid captures these forms of self-expression placed front and center in Reframed, a digital documentary series that will show how these unique individuals fearlessly undergo a creative process to create something that is truly magical. All these captured using the power of Huawei P30 – today’s most ambitious and utterly prodigious smartphone yet that is most certainly unlike any other phone in the market today.

Reframed features Kim Jones-Rosales, Ryan Villamael, and Mikhail Red – all exceptional individuals who have decided to create their own platforms of expression for themselves and for others as well. Witness how these tech-savvy mavericks captured their take on life’s most unique and interesting perspectives and bring it to its full realization.

Kim Jones-Rosales, a digital creative and fashion influencer on social media and the better half of popular actor Jericho Rosales, founded “The Fore”, a digitally native platform devoted to heralding independent talent through a series of design collaborations. She perfectly redefines the conventional notions of the digital retail space by championing slow, intentional, conscious consumption through collaborations between creators.

Ryan Villamael, on the other hand, created a brave choice of medium through eloquent paper structures and installations that range from the whimsical to the haunting. His art form serves as an homage to the city, and an effort to elevate and celebrate it.

Finally, Mikhail Red’s DNA oozes with creativity, cinematic creativity, that is, since he is the offspring of legendary and illustrious filmmaker Raymond Red. Known for his brave take on cinema, Mikhail perfectly masterminded the genius behind Birdshot, the first Filipino movie masterpiece to be released worldwide on global streaming service Netflix, thus making Red the face of today’s new breed of filmmakers.

Catch Reframed and all its meaningful details from Globe Postpaid, shot with the Huawei P30 series, when it airs on the Globe Telecom Facebook and YouTube pages starting April 13, 2019.

The Huawei P30 powered by Globe Postpaid ThePLAN is the perfect pair that empowers you to be a brave creator. Bring home the P30 for only P2,199 (ThePLAN 1799 + P400/month cashout) or P30 Pro for only P2,799 (ThePLAN 1799 + P1,000/month cashout). With up to 16GB of data allowance, exclusive subscriptions, and unlimited call and text offers, be a brave creator and craft one-of-a-kind stories.

With the two stunners’ display screen size (6.1” for Huawei P30 and 6.4” for P30 Pro), watch your favorite films and shows on Amazon Prime Video and DisneyLife – free for 6 months on ThePLAN. Enjoy your free 3 months Spotify with the Huawei P30 and P30 Pro’s Acoustic Sound Emitting Display technology. This innovative take on sound uses electromagnetic sound levitation, where sound vibrations are projected from the display itself.

It’s not Huawei without a full force of cameras that can capture different points of view. Both the P30 and P30 Pro come with a Leica super camera system – a 40MP Super Sensing Camera, an Ultra Wide Angle Lens (16MP for P30 and 20MP for P30 Pro), an 8MP telephoto lens, and an additional HUAWEI Time-of-Flight (TOF) Camera for the P30 Pro. Whether you want to zoom in on a subject with the 10x Hybrid Zoom, focus on a single item with the Gradient Multi-Level Bokeh, or capture even the tiniest of details with the Multi-View Recording, the P30 has the perfect tools for the job.

The Huawei P30 Lite is also available for Globe Postpaid customers – see specs and plan below: