Home > archive > For its 7th Installment, the Premier eSports League in the Philippines Makes it Way to Malaysia!
archive

May 4, 2015 — As the summer heat continues to rise, tension in the South-East Asian Dota 2 community similarly looks to reach its climax, with the Mineski Pro-Gaming League Season 7 South-East Asian Grand Finals (MPGL7 SEA Grand Finals) set to unfold this coming weekend, May 9-10. Born in the Philippines, the grand finale of what has become the region’s premier esports event makes its way to Selangor, Malaysia, as part of the 2015 Selangor Cyber Games (SCG). Its prize pool of 50,000 USD (2.2 Million php) far eclipses the previous season’s prize pool of 1 Million php (~22.2 thousand USD), making it by far the biggest prize pool in Philippine Dota 2 history. 12 of the best teams from 7 countries in and around the region are set to duke it out, not just for the lion’s share of the prizes, but for the glory of being named the best team in this part of the world. 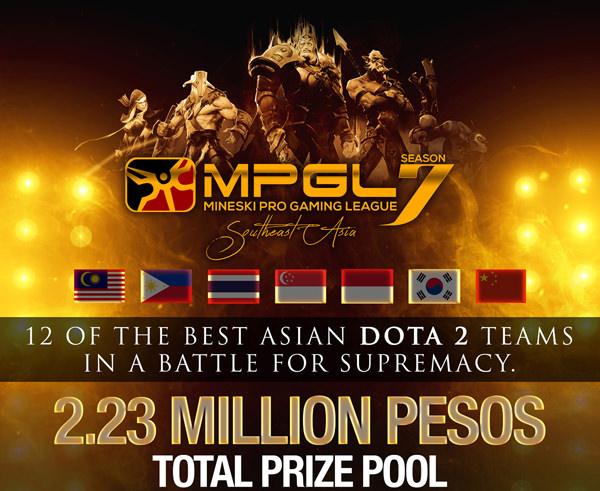 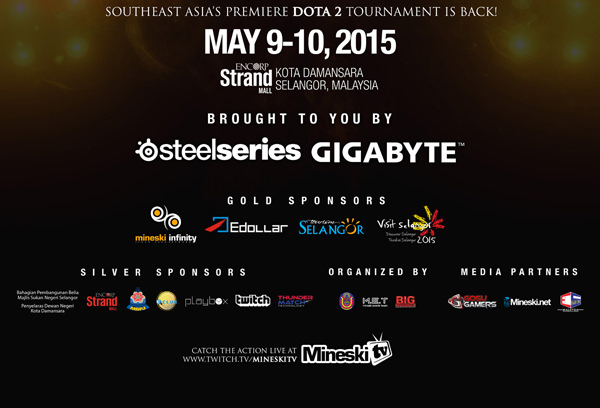 “The decision to move the grand finals from PH to Malaysia came into mind last year, right after the Season 6 grand finals. It was through Kenchi Yap and Mineski’s effort to promote E-sports in the whole of South-East Asia that the Malaysian government, particularly through the State Government of Selangor MY, agreed to help host our event. This year the prize pool has been doubled, through the help of our sponsors and partners. We are very much excited to see what will unfold in Malaysia for this year’s MPGL!”

Teams from the following countries have already confirmed their participation for this weekend’s festivities:

Two teams will be flying to Malaysia this Friday, May 8, in order to represent the Philippines, namely GIGABYTE.Mineski and TNC Pro Team.

Once again, the MPGL7 SEA Grand Finals is sponsored by none other than GIGABYTE and SteelSeries, companies who, due to their years of experience of working with the Mineski-Events Team, fully believe that this latest installment to the MPGL will be better than all that has preceded it.

Gigabyte Technology is an international manufacturer and distributor of computer hardware products best known for their award-winning motherboards. This company has been supporting Mineski and MPGL ever since the latter’s fourth season last 2012.

SteelSeries is a manufacturer of gaming peripherals and accessories. They have been providing power to our league players since the start of 2014. MPGL’s future looks brighter with the arrival of this Danish Company.

For years, and up to now, MET has maintained its reputation as the premier electronic sports event organizer of the Philippines. It has since expanded to Malaysia, as part of its goal of fortifying the esports scene in the entirety of South-East Asia.

GCash beep MasterCard is your ATM, pre-paid, and MRT/LRT beep card all rolled into one

Starting a home-based business? Now might be the right time, even amid a pandemic.