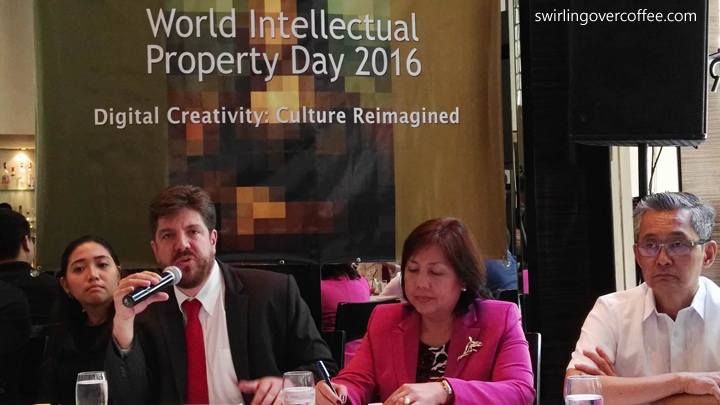 With a population of over 101 million – majority of which are young constituents with a median age of 24 years – the Philippines is said to be currently entrenched in a perfect digital storm, where demographics, a growing middle class, pervasive mobile penetration and widespread access to technology have converged to make the country one of the most promising digital markets in the world. Close to half of the total population is active in internet use, and as internet usage continues to grow, so does internet-based infringement.

At the event, the Intellectual Property Office Philippines (IPOPhil), Motion Picture Association (MPA), United States Embassy, and the Korean Copyright Commission (KCC), along with the country’s leading video-on-demand service providers Blink, Hooq and iflix, launched the Rise Against Movie Piracy Philippines (RAMP-PH) a video-making contest for Manila-based film students to raise awareness on the importance of respecting copyrighted content by obtaining them only through legal means.

Infringing online activities on the rise

According to a study done by NetNames in 2013, absolute infringing bandwidth use in North America, Europe and Asia Pacific increased by 160 percent between 2010 and 2012 that this accounted for 24 percent of the total bandwidth used by all internet users in these three regions.

Majority of copyrighted content being shared and consumed illegally on torrent sites worldwide consist of film (33 percent), television (15 percent) and music (7 percent). Pornography content was the second most-downloaded content at 30 percent, which raises an alarm that such illicit content can be easily accessed by anyone, including the youth.

In the Philippines, close to 200 million pirated movies and TV shows were estimated to be shared on P2P networks in 2015. This indicates that Filipinos are actively engaged in online infringing activities and consume a significant amount of valuable bandwidth to do so.

“We cannot expect to become a leading digital economy unless we are able to reduce online piracy to insignificant levels,” said Monchito Ibrahim, Deputy Executive Director of the Information and Communications Technology Office, Department of Science and Technology (DOST-ICTO). “This will send a message to everyone that Philippines respect the IP rights of creators and innovators thus making our country a safe place to do business in.”

Infringing activities online are rapidly growing, so it is necessary to educate consumers about the risks involved when they use pirate sites to access content.

“Creators aren’t the only ones harmed by content piracy. Unscrupulous individuals and organizations also prey on users of these sites for identity theft and other malicious scams,” said Wilson Tieng, President of Solar Entertainment. “Each illegal access costs creators of movies, music and TV shows significant losses in revenue, but it also means serious threats to the users’ online security.”

Apart from pornography, infringing sites expose visitors to illicit content such as violence and online gambling. Minors may be attracted by falsely labeled as children’s songs, shows or movies and inadvertently download content that are not age-appropriate.

About one-third of content-theft sites distribute malware. Internet users who visit these sites are 28 times more likely to be at risk of being infected with malware, according to “Digital Bait,” a new report by RiskIQ commissioned by the Digital Citizens Alliance.

The Digital Bait report warns that users of infringing sites can be victimized in several ways. Users can be infected with all sorts of malicious code or malware that can be delivered in various ways such as pop-ups, toolbars, ads and fake prompts, or worse, downloaded invisibly in the background as soon as the user enters the site.

Over half of all malware detected was classified as Trojans, which secretly installs itself to open unauthorized access to a computer. Malware can cause several kinds of havoc on the users’ computer, but a much more alarming risk is malware that can be used to steal logins and financial data, or take over a user’s web cam and use it to spy on them.

“Baiting Internet users with stolen creative content is big business,” said Marivic Benedicto, Chairman, Philippine Association of the Record Industry (PARI). “Criminals make millions of dollars every year by stealing personal information and taking control of users’ devices. It is worthwhile to ask whether the risk to one’s personal safety is worth the song, show or movie that was supposedly obtained for free.”

The emergence of several legitimate subscription-based content streaming services aims to provide Filipinos with affordable access to a wide selection of music, TV and film. For a small fee, streaming apps such as Spinnr and Spotify among others, allow users to access a wide range of songs on their PCs and mobile devices. Likewise, film and TV enthusiasts are able to enjoy the services of providers like Blink, Hooq, iflix and many more, having access to a vast library of HD quality movies and programs wherever and whenever they want it.

“The digital age has transformed the way of conducting business and reaching the consumers. However, the facility that the digital age has offered enables also the violation of intellectual property rights through unauthorized reproduction and making available of films, songs, TV shows, games and events,” said Josephine Santiago, Director General, Intellectual Property Office Philippines (IPOPHL). “It is thus, paramount that measures be undertaken to protect the intellectual creations of our artists and the creative community.”

As the Philippines moves towards a digital economy, the cooperation of its online population is key to ensuring the sustained growth of the creative community.