TAIPEI, Taiwan (June 4, 2018) — ASUS Republic of Gamers (ROG) today hosted the For Those Who Dare press event at Computex 2018, unveiling a new lineup of PC gaming and networking products. The ROG Rapture GT-AX11000 is the world’s first tri-band 802.11ax router with Wi-Fi speeds of over 10,000Mbps. ROG also introduced products in other brand-new categories, including the ROG Ryujin and ROG Ryuo CPU coolers and ROG Thor 1200W Platinum power supply. Rounding out the press event was the announcement of the ROG Delta gaming headset.

ASUS Chairman, Jonney Shih, leading the presentation onstage, shared his enthusiasm with the expansion of the ROG product line saying, “Today is a celebration of those who dare to be different. Twelve years ago, ROG was founded out of our desire to create a full lineup of ultimate gear designed for gaming victory. Now, through the dedication of ROG engineers, designers, professional gamers and enthusiasts around the world, we have achieved these goals and distilled them into the essence of ROG. We will carry this spirit forward as we strive to create the next generation of gaming innovations.”

Another groundbreaking announcement during the event was ROG Rapture GT-AX11000, the world’s first tri-band 802.11ax Wi-Fi router that delivers networking speeds that gamers have only dreamed about until now. ROG Rapture GT-AX11000 is capable of delivering wireless speeds of up to 11,000Mbps for the best online gaming and general networking performance.

ROG is not only focused on being the leader in the gaming market, but also on expanding product lines to provide gamers more gear to enhance their gaming experiences. ROG Ryujin and ROG Ryuo are the first CPU coolers from ASUS Republic of Gamers and the world’s first liquid coolers with an embedded 1.77-inch LiveDash color OLED display for displaying real-time system stats and personalized GIFs. Marking another entry into a new product line is ROG Thor 1200W Platinum, a 1,200 watt power supply with an IP5X-certified 14mm wing-blade fan and Aura Sync.

In addition to the products announced onstage, the For Those Who Dare press event also featured a demo area showcasing other new products, including ROG Balteus Qi, a RGB gaming mouse pad with a hard surface optimized for precise tracking and Qi wireless charging; ROG Gladius II Wireless, an ergonomic optical gaming mouse with dual wireless connectivity via 2.4GHz and Bluetooth; and ROG Strix Chassis with an enticing aluminum and smoked-glass design and support for addressable AURA Sync lighting technology.

A comprehensive lineup of ROG products will be on display at the Taipei Nangang Exhibition Center at booth #M810 on June 5–9, from 9:30 a.m. to 6:00 p.m. Visitors to Computex 2018 are invited to visit the ROG booth to experience the latest ROG gaming innovations for themselves. 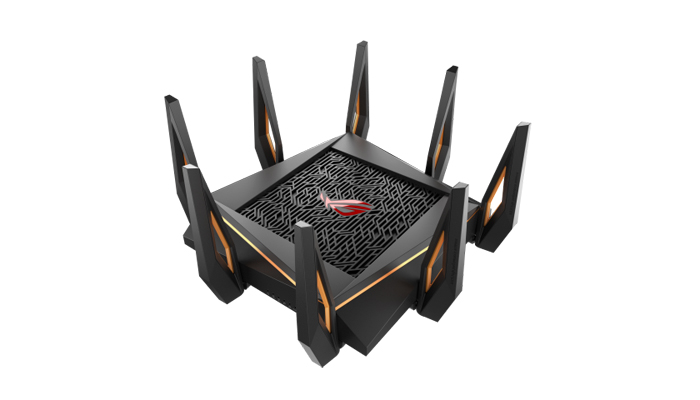 ROG Rapture GT-AX11000 is the world’s first 10 Gigabit Wi-Fi router. With support for the latest 802.11ax Wi-Fi standard, GT-AX11000 delivers 2.53X higher data rates than any 802.11ac 4×4 router, ensuring faster connections. OFDMA support in the 802.11ax Wi-Fi standard allows multiple devices to be bundled together in each channel, increasing network efficiency by 4X and reducing latency.
ROG Rapture GT-AX11000 provides triple-level game acceleration to boost game traffic from the device to game server. A 2.5-Gigabit gaming port prioritizes the device connected to it with 2.5X faster transmit speeds, a perfect match for motherboards with 5 Gigabit LAN. A physical button built into the router allows users to turn on and off Game Boost mode for prioritizing gaming traffic on the network for even better gaming performance without the need to use a web interface or mobile app. It can also activate the DFS band. Gamers Private Network (GPN) support ensures the shortest connection route between the user’s home network and the game server, for the lowest ping times and latency. 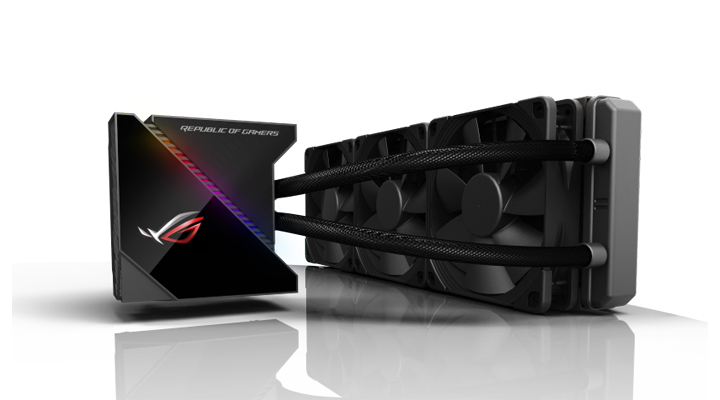 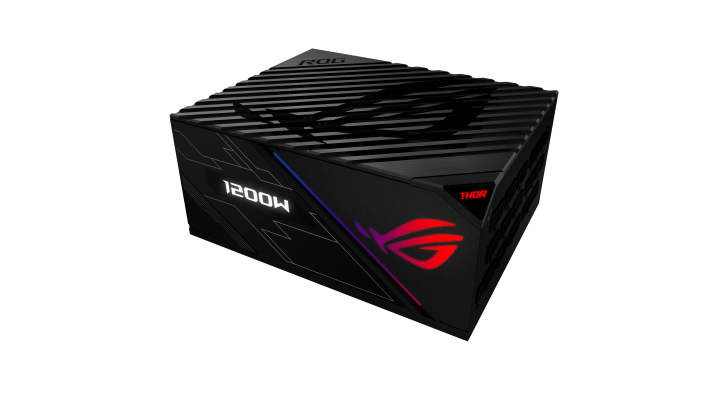 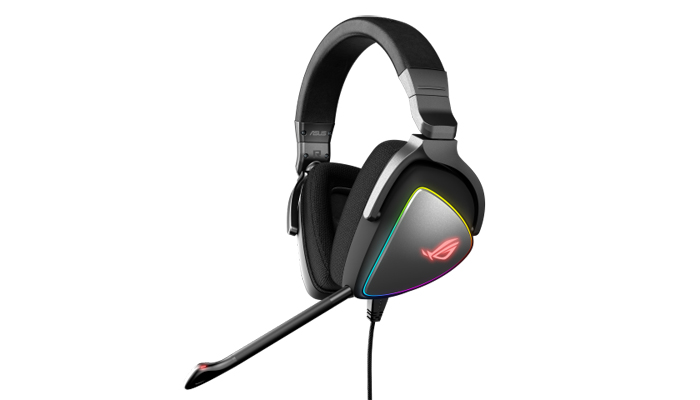 ROG Balteus Qi is an RGB gaming mouse pad that combines a performance surface with the convenience of Qi wireless charging on the desktop. A 370 x 320mm portrait-oriented surface offers ample space for simultaneous charging and gaming, while the micro-textured hard surface enables pixel-precise tracking. Featuring 15 individually customizable Aura Sync RGB lighting zones for personalization, the mouse pad is also equipped with an on-pad lighting mode button for on the fly adjustments and a USB 2.0 passthrough port for easy connections. Apart from ROG Balteus Qi, its sibling the Balteus will also be available for gamers who want the extra flair but without the wireless charging function.

About ROG
Republic of Gamers (ROG) is an ASUS sub-brand dedicated to creating the world’s best gaming hardware and software. Formed in 2006, ROG offers a complete line of innovative products known for performance and quality, including motherboards, graphics cards, laptops, desktops, monitors, audio equipment, routers and peripherals. ROG participates in and sponsors major international gaming events. ROG gear has been used to set hundreds of overclocking records and it continues to be the preferred choice of gamers and enthusiasts around the world. Learn more about the choice of champions at http://rog.asus.com.

How to choose the right commercial PC for your small business

Get LG smartphones via Home Credit