The Republic of Gamers (ROG) introduces its most powerful gaming laptop yet – the ROG GX800 that aims to dominate the local gaming arena.

Manila, Philippines (February 21, 2017) – ASUS Republic of Gamers (ROG), officially unveils today the revolutionary GX800, hailed globally as one of the most powerful gaming laptops in the world today, solidifying the company’s stature as the World’s No 1 maker of gaming computers. The ROG GX800 is a scion of the highly successful GX700, which set the gaming community ablaze during its reveal, thanks to the world’s first liquid-cooled gaming dock. The liquid-cooled The ROG GX800 is priced at P369,995. 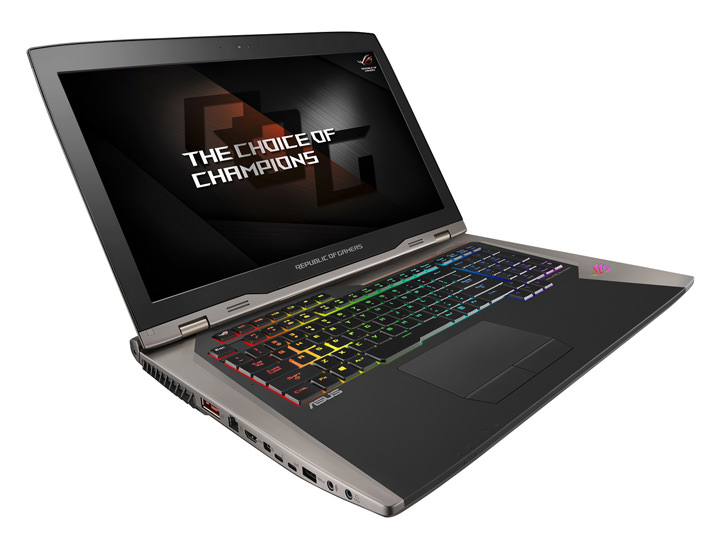 ROG refined elements and perfected the features of its flagship gaming laptop, resulting in the ambitious and unrivaled GX800 Housing the latest NVIDIA®GeForce GTX 1080 and Intel® K-series CPU, the GX800’s performance is akin to a powerful desktop with its two 330W power adapters that delivers a no-nonsense gaming experience. In addition, it also has an optional upgraded exclusive liquid-cooled docking station to enabled extreme overclocking of the CPU, GPU and DRAM.

This deadly combination is the perfect complement to GX800s unmatched 4K UHD visuals – allowing gamers to experience visuals beyond their imagination with outstanding system stability. It is no wonder that experts around the world are impressed with the ROG GX800. In 2016, Business Insider hailed the ROG GX800 “as one of the most powerful gaming laptops in the world right now”.

Experience A Power Beyond Imagination

The GX800 is the world’s most powerful Windows 10 powered gaming laptop packed with an impressive unlocked Intel Core-i7-7820HK Quad-Core processor partnered two of the latest and most powerful laptop graphics to date, the NVIDIA GTX1080 on SLI that transcends the gameplay of gamers to an unfamiliar realm – a frontier that boasts the fastest frame rates beyond imaginable and visuals rendered down to the tiniest of details. 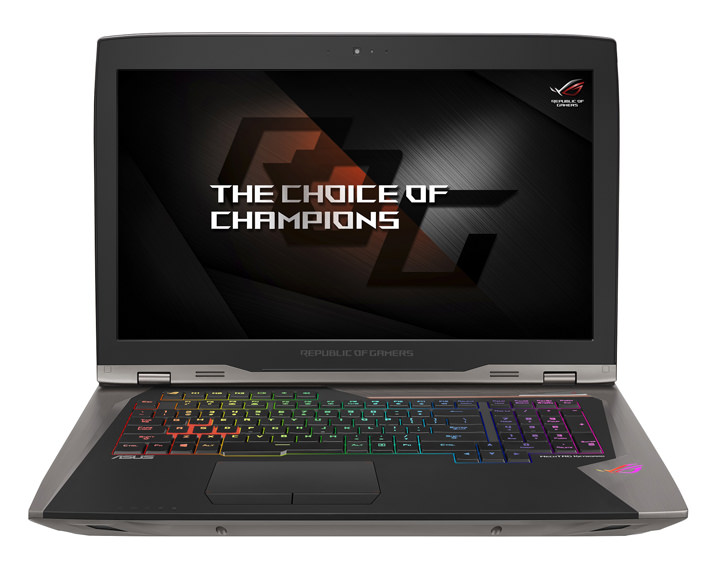 It also has a plug-and-play compatibility with leading virtual reality headsets that offers a fully-immersive VR environment — true enough — it is a power beyond imagination.
The 18-inch ROG GX800 is the world’s first gaming laptop to provide real 4K UHD gameplay with NVIDIA G-SYNC Technology. The Hydro Overclocking System gives ROG GX800 superior cooling for real 4K UHD gaming so you experience more realistic visuals, and smoother and faster frame rates. When compared with gaming laptops featuring a single GPU, ROG GX800 gives you double the frame rate and more detailed visuals for truly immersive gaming, even at ultra-settings.

The GX800 also has the thinnest mechanical keyboard with RGB LED and anti-ghost tech for each key:

Reinventing the Apogee of Innovation

The GX800’s capacity for superior overclocking performance pushes the Intel® K-series CPU overclocking possibilities to 4.4GHz and beyond—delivering a dumbfounding performances. Meanwhile its graphic cards can be overclocked to 1961MHz while the VRAM and DRAM can reach up to 5200MHz and 2800MHz respectively.
Therefore it is no surprise that it scores 76% higher than other gaming laptops in 3DMark 11 graphics and Fire Strike Ultra benchmark tests.

Carving Every Angle to Perfection

The GX800 is equipped with the MechTAG keyboard that provides mechanical switches with a positive clicking action and a 2.5mm of key travel for solid and responsive keystrokes. It also has an AURA RGB backlight effects that can be assigned for individual keys allowing gamers to see what they only need to see.

Meanwhile, its anti-ghosting technology allows 30 keys to be pressed simultaneously. It also sports a Thunderbolt 3 for up to 40GB/s transfer rate, wireless 802.11 AC with an external antenna, a high-end ESS SABRE headphone DAC and amplifier — and streaming friendly features which perfects all the aspects of the GX800 even more. The unrivalled nature of the GX800 makes it the behemoth of gaming laptops and its unparalleled performances makes it the epitome of what gaming truly should be. These don’t come as a surprise because ROG’s middle name has always been, and always will be—domination. 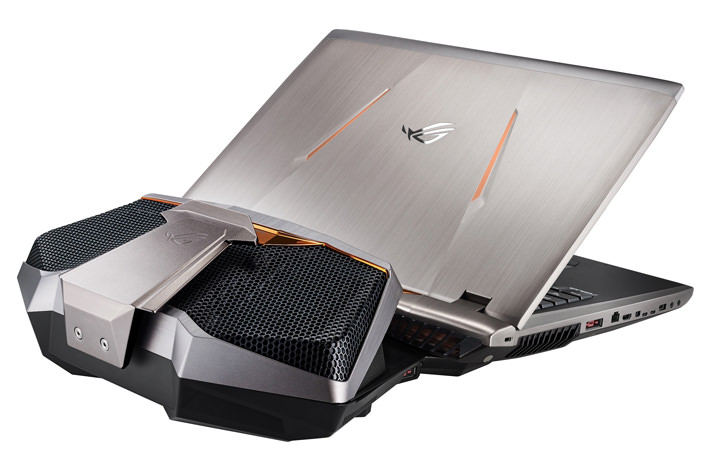 A Powerful Gaming Machine Perfect for Hard-core Gamers and Enthusiasts

ROG GX800 comes with a bundled backpack, so when you’re on the move, it goes with you. In addition, the specially-designed ROG Command Case features foam liners to protect your gaming kit from bumps and knocks during transport.

“As a next step to our commitment to excite gamers around the Philippines, ASUS Republic Of Gamers (ROG) will take the next generation of gaming laptops and PCs to the local markets this year,” said Joey Nocom, ASUS Philippines Product Manager for Consumer Notebooks. 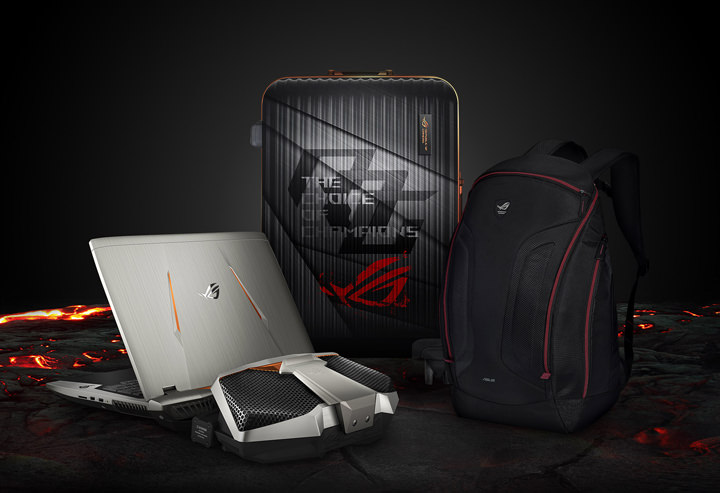 “We aim to provide gamers and gaming enthusiasts worldwide with the ultimate gaming and computing experience because our goal is to continuously reign in the local gaming market and ensure dominance this 2017,” Nocom concludes.

Buyers will have a choice to purchase/ pick up their laptops at any of the following 4 locations: 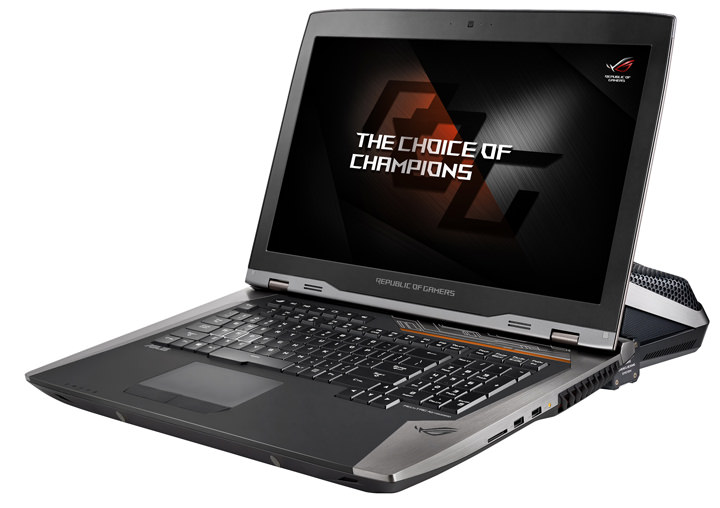