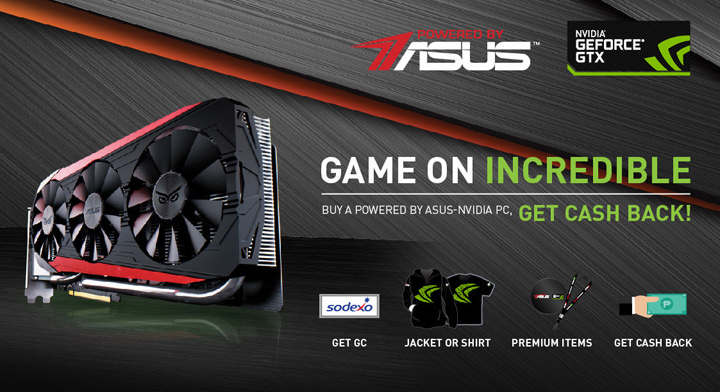 Manila, Philippines (25th April 2016) — Summer time is about to get hotter as ASUS Philippines is proud to announce its upcoming summer roadshow and promotion.

Named as the “ASUS and NVIDIA Game On Incredible Roadshow”, ASUS and NVIDIA will display the latest PC and graphics technologies in the roadshow, while giving customers a chance to redeem gift certificates and exclusive premium items whenever they purchase ASUS and NVIDIA products at participating reseller stores in Gilmore, Quezon City from April 23-30, 2016. 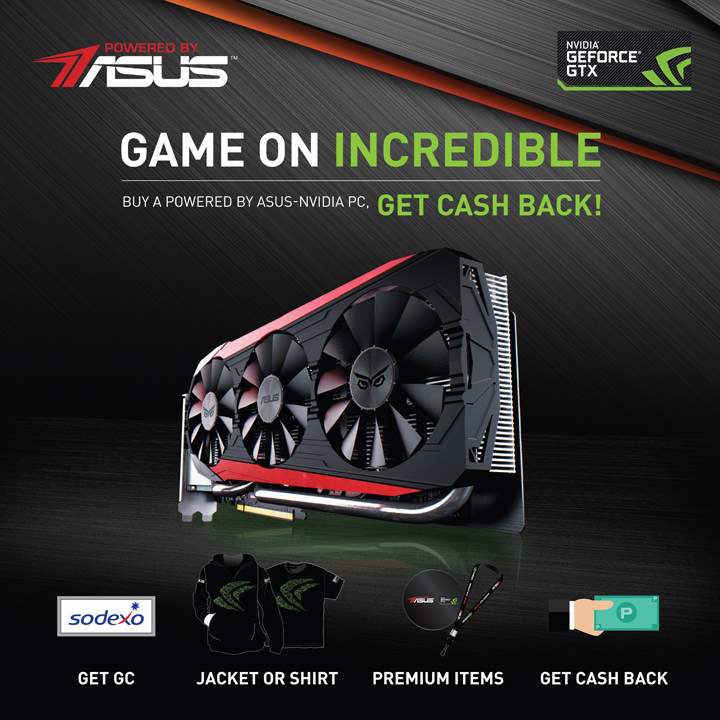 The best-selling ASUS graphics cards are widely available in different partner resellers in the Philippines.