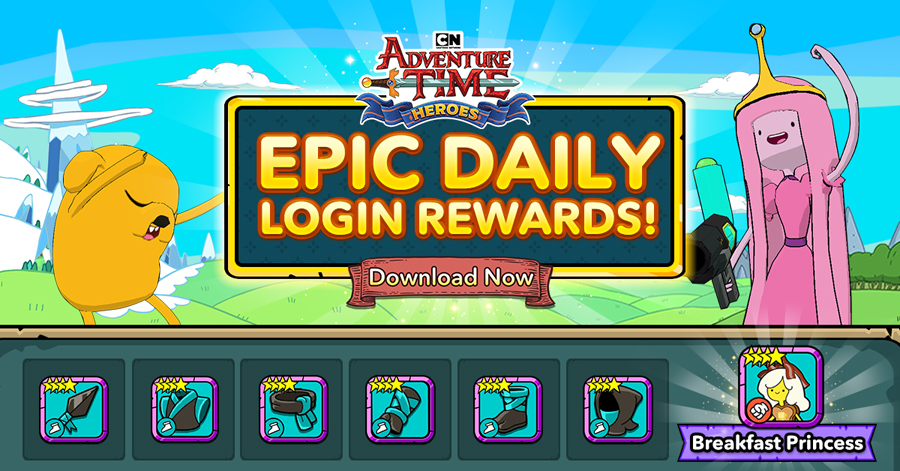 Cartoon Network, together with mobile game company, goGame, have announced the official Southeast Asia (SEA) launch of “Adventure Time Heroes”. Following a successful pre-registration and a feature on the Apple App Store, adventurers in Singapore, Malaysia, Thailand, Vietnam, Indonesia, and the Philippines can now download “Adventure Time Heroes” on Google Play and the Apple App Store.

“Adventure Time Heroes” is a turn-based RPG inspired by the award-winning series. What sets itself apart from other Adventure Time games, is the intricate gameplay and the sheer number of playable characters. It also features a hilarious story inspired by the Little People characters from an episode when Finn received a mysterious sack containing miniature versions of his friends and enemies.

In the game, The Lich is the ultimate foe and has the sole purpose of destroying all forms of life. He has amassed a deadly army of loyal minions to fulfill this goal, and it’s up to YOU to build an army to stop them.

In celebration of the SEA Launch, “Adventure Time Heroes” is giving away epic login rewards!

From the endlessly imaginative cast of Adventure Time, choose from over 200 iconic characters and assemble your team of heroes and villains with diverse skills and aura.

POWER UP YOUR HEROES

SHOWCASE YOUR STRENGTH IN THE ARENA

Go head-to-head against elite players from around the world! Earn medals with every victory to upgrade your Royal Hall and unlock bonus stats for your army. The higher the tier ranking, the more rewards you’ll win.

For the latest news, join the “Adventure Time Heroes” community!

LG Electronics is Light-Years Ahead

Vikings Loyalty Card: How to Earn and Redeem Points