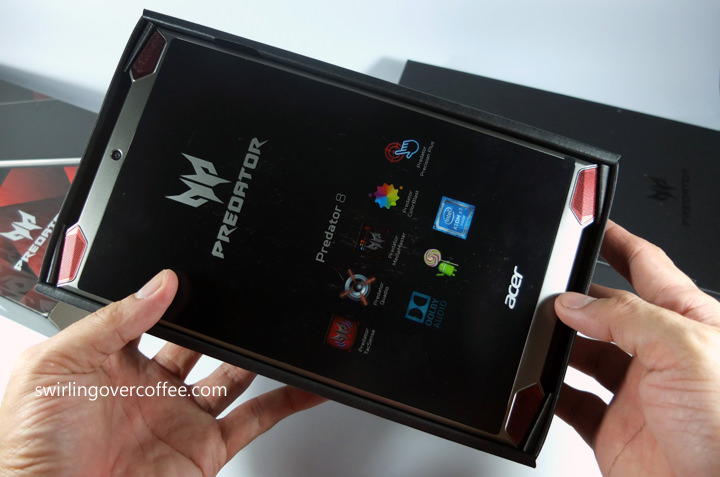 Gamers are a niche market for a high-end pocketable tablet, like the Acer Predator 8. With the right specs, graphically demanding and very engaging games (those you’d play for hours) are simply much more enjoyable. That’s the rationale of the Predator 8, an 8-inch Android tablet with four loud front-facing speakers, rear grip pads with haptic feedback (that means vibration), good display, and the ability to run any game you throw at it. Let’s do this. 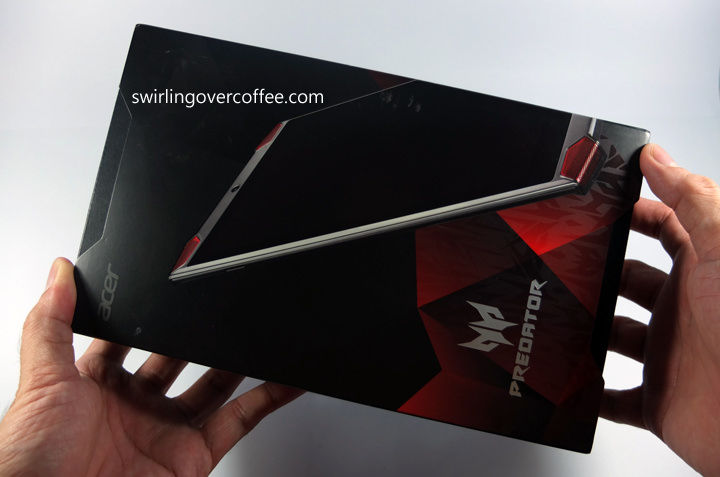 There’s a black and red gaming “tone” that the Predator aims for, a design motif taken from the Predator gaming laptop line.

Here’s something I love about the user guide – it’s in infographic form. No boring tiny pamphlet to read through. 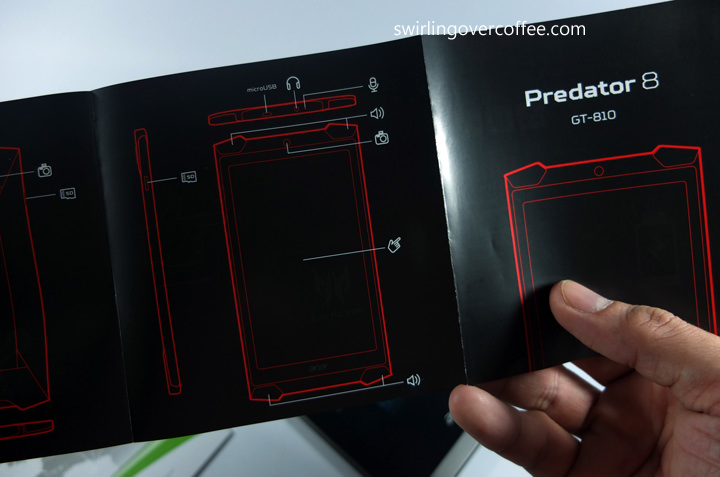 The Predator 8 is not the first locally available gaming-dedicated tablet. Cherry Mobile tried before with the Nvida Tegra Note 7 but despite its low price, it wasn’t popular. Acer’s Predator motif on its gaming tablet plus its obvious features – the four front-facing speakers and rear grip with vibration – makes this tablet stand out.

Side bezels kept to a minimum and that look is sure to turn heads. This tablet certainly doesn’t look like any other. Here’s another look at the pamphlet that intrigues me and then a glance at the specs. 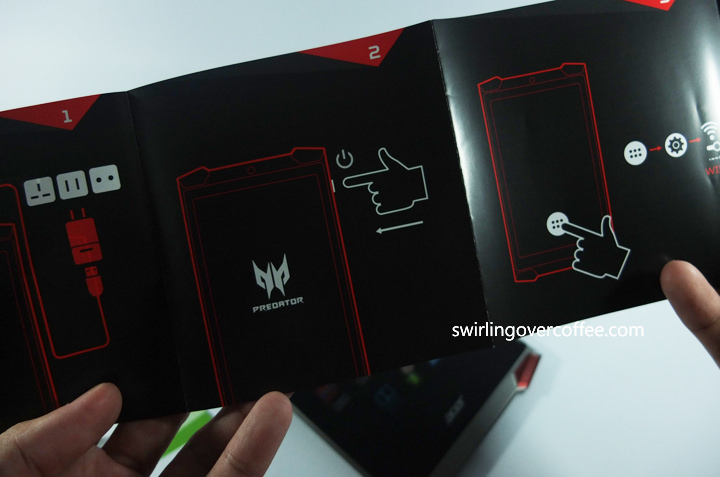 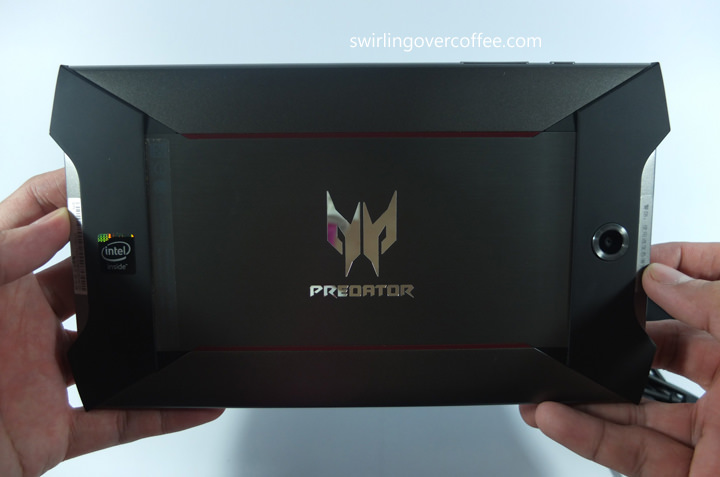 There’s a case to be made for not using your phone for hours and hours of games – you’ll drain your battery. So the thought of having a tablet dedicated to games (with a bigger screen with loud, crisp sound, and haptic feedback) sure is enticing. We hope the user experience – like holding the tablet for a long time, despite those sharp edges – and the battery life (hopefully about 6 hours at least) won’t disappoint. 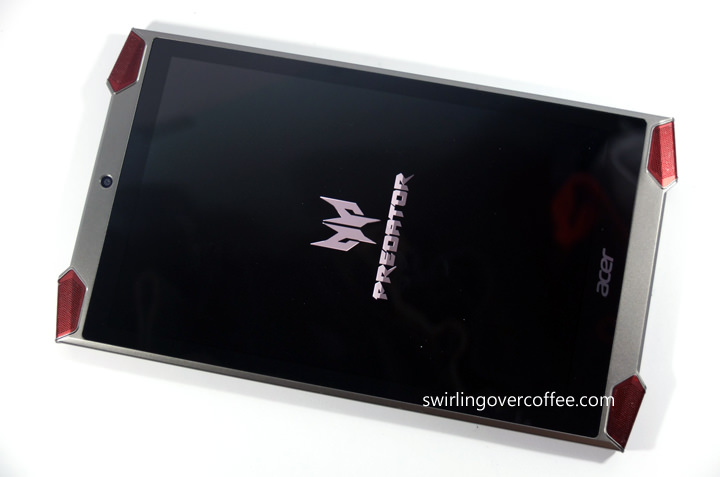 We’ll be back with a full review.

The Best Stores to Go to for Your Daily Essentials