Instead of just bundling up and watching those favorite series on a small screen this rainy season, series lovers can hold a viewing party with the Lenovo Yoga Tab 3 Pro! Don’t know what to watch? Here are five of the best TV series (available in your favorite video-on-demand services!) to binge-watch on the Yoga Tab 3 Pro.

Fan of police procedurals and zombies? iZombie is a great combination of both. The heroine is a former med student-turned-zombie, who joins a Coroner’s office in order to gain access to the brains she must reluctantly eat. However, she absorbs memories from every brain she eats and must solve the murder cases with help from the medical examiner and a police detective. Her zombie powers—and the nefarious villains that hold the key to her return to normal human life—make for a morbidly funny series the audience can’t get enough of. 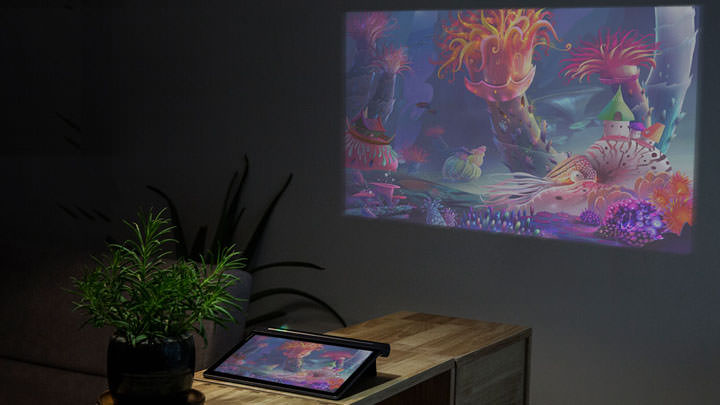 Transform any wall or ceiling into a brilliant, theatre-sized screen anywhere, anytime and enjoy the bigger picture with the Yoga Tab 3 Pro’s built-in 70-inch projector that has a rotatable hinge and with the ability to project images up to 70 inches.

This American crime thriller tackles the story of the notorious Colombian drug lord Pablo Escobar who became a millionaire from producing and distributing cocaine. The story also focuses on the drug kingpin’s dealings with drug lords, various opposition entities and DEA agents. It hooks viewers with fast-paced storytelling and excellent acting performances by Wagner Moura and Boyd Holbrook. This series is perfect for anyone who loves thrilling dramas like Breaking Bad or House of Cards. 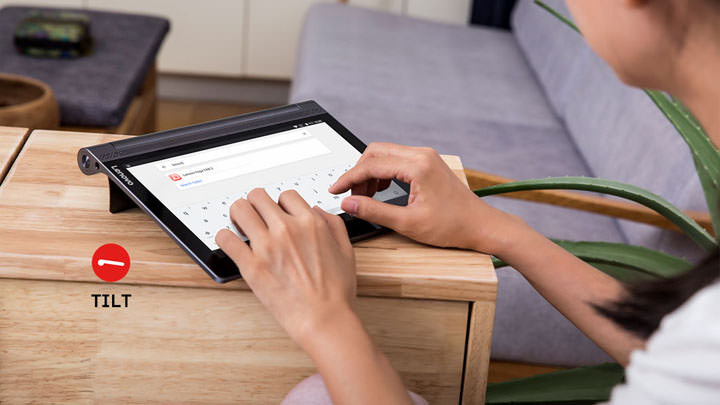 With the Yoga Tab 3 Pro’s innovative design that puts a battery cylinder and kickstand on the device’s side, shifting the centre of gravity and allowing it to be used in four different modes—Hold, Tilt, Stand, and Hang Modes, there’s no easier way for users to get their chills and thrills from Narcos wherever, whenever.

Aziz Ansari is Dev in Master of None, where he plays an actor who has to go through the pains and joys of modern adulthood in New York City. If the barkadas love Parks and Recreation, they’ll definitely love this charmingly hilarious series, with its witty dialogue, interesting characters, and immersive plotlines.

Users can join in the laughs as they hear every single moment of crystal-clear dialogue through the Yoga Tab 3 Pro’s JBL four-speaker soundbar, which makes for larger-than-life cinematic sound. With its HD resolution, the tablet delivers incredible brightness so users can have a truly enjoyable viewing experience under all angles and ambient lights.

While the original NBC series concluded some years ago, Tina Fey’s comedic opus 30 Rock adds new satisfaction. Go through the entire seven seasons for unstoppable hilarity as the cast bumble through their lives in New York City’s TV world.

This classic is something nobody will ever tire of, and with the Yoga Tab 3 Pro, users can watch up to 18 hours of comedy on a single charge, thanks to the multimedia tablet’s powerful 10,200mAh battery. Plus, it comes equipped with a USB on-the-go power bank that allows users to charge all other devices.

Brighten up or cool down with this brilliantly written animated comedy! Bob’s Burgers follows the Belcher family, who own a burger joint and some of the best lines in TV right now.

Watch all the seasons of Bob’s Burgers and more with video-on-demand, which can be enjoyed right out of the box of the Yoga Tab 3 Pro alongside great connectivity. 4G-LTE support delivers ultra-fast mobile data (optional) while thedual band WiFi delivers stable connection.

The Lenovo Yoga Tab 3 Pro is available in Lenovo Exclusive Stores and at authorized dealers nationwide for only Php29, 999.