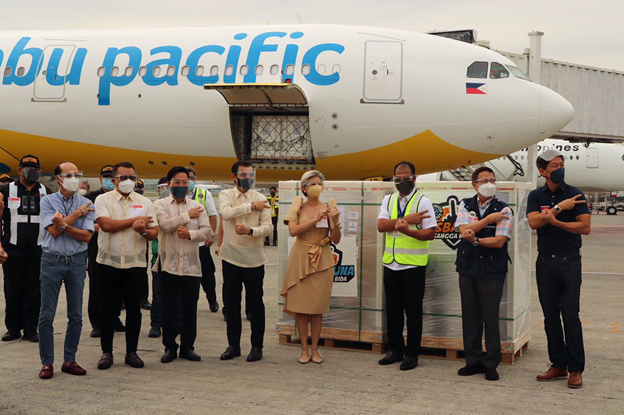 A private ceremony was held yesterday at the National Commission for Culture and the Arts’ Metropolitan Theater yesterday, wherein the Manila local government honored and thanked its upstanding citizens and businesses. A posthumous award was also bestowed upon all frontliners who gave their lives in the fight against COVID-19. The event was capped with Moreno receiving the doses of the vaccine at the airport, which signals yet another ray of hope for Manilenyos.

Last month, stocks in the capital city were precariously low, which prompted the decision to halt walk-in vaccinations — however due to the City’s foresight and planning, as well as a great working relationship with IPB, with whom they have been in talks with since April for doses, Manila’s “Vaccine Nation” campaign marches steadily forward.

In terms of vaccination performance, Manila has vaccinated 41% of its 800,000-target population. This is in tandem with the Vaccine Express project of the Office of the Vice President, where a drive-through vaccination site for members of the transport sector receive their inoculations as well as gas cards to help them get back to work and revive the economy.

“Your City will continue to vaccinate as many as possible, as soon as possible. Our partnership with IP-Biotech and other local businesses will help us reach herd immunity in no time. More jabs will also create more jobs that will contribute to economic recovery,” Moreno added.

IPB Chairman Enrique Gonzalez said, “We are honored to be of service to the City of Manila on the Araw Ng Maynila. We are also inspired to see the many innovations implemented by City of Manila such as their vaccine ID system and free covid-testing. Mabuhay Ang Manila! Mabuhay Ang Pilipinas!”

Apart from the vaccines arriving, the city inaugurated a new COVID-19 field hospital on Araw ng Maynila. The new Archbishop of Manila, Jose Cardinal Advincula was installed in the Manila Cathedral, and the Araw ng Maynila Racing Festival was launched in Carmona, Cavite.

THE 2021 STATE OF ONLINE TAXATION: Signs of Recovery for Some MSMEs as Incomes Increase By 144%; 21% Begin Filing Taxes Again After 2020 Slump

Allergy-free 2017 With Claritin: #TrustTheExpert in Anti-allergy