This announcement comes at the heel of USANA’s establishment of its Indonesian operations, its 20th market worldwide. This move is expected to be a massively strategic move for USANA as Indonesia is deemed to be one of the most thriving hubs in the direct selling business.

“I’ve been in the industry for around 30 years and perhaps this is one of my most important achievements in the direct selling industry: the honor to take this new role and showcase the brilliance of Philippine entrepreneurship and leadership in an international scale,” shares Gaston. 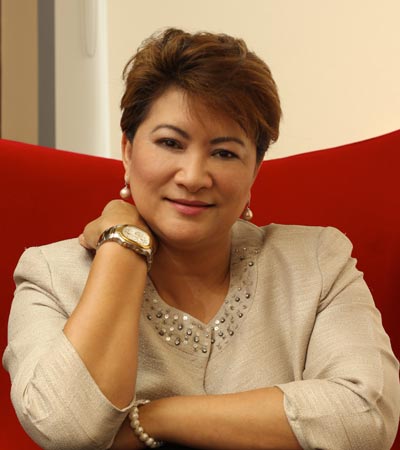 Prior to joining USANA, Duday worked as Head of Triumph Direct Selling Philippines for 2 years. She also gained her direct selling marketing & sales expertise from Sara Lee Direct Selling for 14 years. She started as Marketing Director from 1992 and eventually became the Sales & Branch Operations Director in 1997.

Prior to joining Sara Lee Direct Selling, Duday worked for Avon for 6 years, where she was became a Hall of Fame awardee as Branch Sales Manager of the Year. She then became a Consultant for Avon Indonesia.

Before starting her direct selling career, Duday was a professional model and was the Miss Philippine’s representative to Miss Asia Pacific held at Christchurch, New Zealand.

Be a GrabExpress Rider! Here's how