With its young and active customer demographics, LG Electronics (LG) has always tapped basketball superstars as its brand ambassadors. 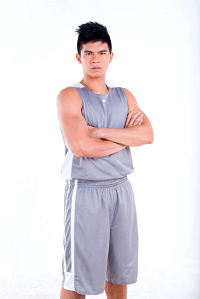 The Philippine collegiate basketball is, after all, a gold mine for talented players who embody LG’s “life is good” mantra of giving customers meaningful ways to enjoy life.

“We would like to congratulate UAAP MVP Kiefer Ravena and NCAA champions San Beda Red Lions,” said LG Mobile Philippines vice president Jay Won. “We are very proud to have them on board the LG family.”

He continued, “These players’ drive for excellence perfectly encapsulates the LG G Pad’s philosophy of taking off and launching one’s self to life. We are excited to see them take off and launch their passion for basketball even further to the professional league.”

Even though the Ateneo Blue Eagles’ campaign for basketball gold ended in heartbreak, King Eagle Ravena still has a reason to celebrate as he dons the UAAP season 77 MVP crown.

The 20-year-old gunner clocked in 77.64 statistical points for the season, besting other Mythical Fivers Jeron Teng, Mac Belo, Chris Newsome, and Karim Abdul. The LG ambassador rallied 21.2 points, 5.9 rebounds, and 5.6 assists per game during the season.

“The team and I achieved a lot. We came from a season to forget last year. We all had the drive to perform better and indeed we did. This award is just a symbolism of each and every one of us working hard. I dedicate this award to my teammates. If not for them, I wouldn’t have gotten it in the first place,” said Ravena.

The Communications Technology Management senior promises more explosive hard-court action in his final year. “We’re going to be a stronger team next season. We have time to think about how to improve our game and hopefully launch ourselves back to the championship.”

The Pride of the Pride

Winning a title is already a herculean task for any basketball team, but defending the championship five times in a row is a feat almost close to impossible.

But the San Beda Red Lions were able to go beyond their limits as they clutched their fifth consecutive NCAA basketball crown after a landslide victory against the Arellano Chiefs.

Outgoing team captain Kyle Pascual said, “We wanted to give it everything we got. We couldn’t have done it without each other’s help. Teamwork is definitely the key to our win.”

He continued, “In every game, we just give everything and play like it’s our last game. And we’re very thankful to companies like LG Electronics who has supported us all throughout the game.” 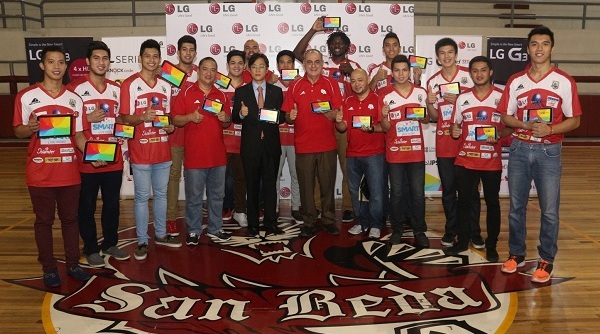 As the leader in mobile innovation, Won promises that “LG would continue to innovate new products that will suit the Filipinos’ lifestyle and allow them to launch their life further,” such as the new LG G Pad series.

Brother Philippines and PBSP Team Up to Save the Marikina Watershed

OPPO Find X, the first smartphone to hide all its cameras for a bezel-less display, launched in PH