For the first time in history, LEGOLAND® Malaysia Resort has made it possible for you to enter the world of Ninjago™ with a live show entitled LEGO ‘Ninjago and The Realm of Shadows’. The puppet style show is inspired by the hit TV series based on the extremely popular ‘Ninjago – Masters of Spinjitsu’ and will be brought to life on stage with puppetry, video mapping, illusion, stage effects, all the characters, and music.

The 20 minute show will feature a total of six puppets, each standing at approximately 1.2 meters in height with every puppet carefully crafted and hand built by specialists. Scripted by award-winning Hollywood movie writers Kevin and Dan Hageman (who also wrote The LEGO Movie and the Ninjago™ TV series), the show has been created by an international team from seven countries. 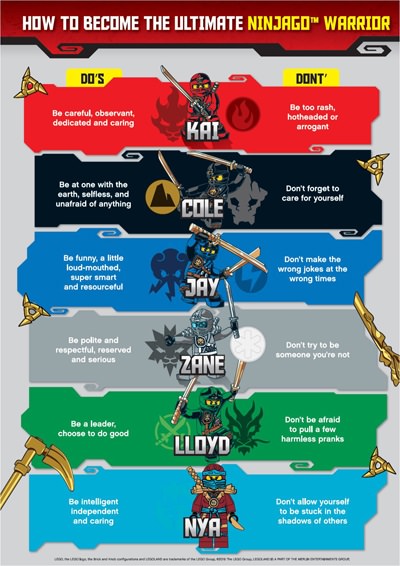 LEGOLAND Malaysia Resort General Manager Mark Germyn said, “We are very proud to be the first LEGOLAND Park in the world to launch this attraction, and especially something of this scale. I’ve seen the work that goes behind the scenes, and we know that our visitors are in for a real treat – the mixture of technology with traditional Bunraku style puppetry is quite innovative and the storyline should be a thrill for the children.”

The original series is set in the fictional world of Ninjago where the land is divided between Ninjago and the Dark Island, where the Overlord resides. It has an underworld, where beings of evil like Lord Garmadon and the Skullkins, dwell, together with sacred places where many things are hidden or forgotten. When the fate of their world is challenged by great threats, it’s up to the Ninjago warriors to defend their land at all cost. This storyline was shown in the new 10 episode series that aired in 2015, while the live show will round it off by being the ‘lost’ or 11th episode in the season.

In this live show, the Ninjas – Kai, Nya, Zane, Cole, Jay and Lloyd – are on a mission to protect Bandit, a YinYang Dragon, who will one day grow up to be a powerful Light Dragon. The audience and the Ninjas must work together to protect Ninjago from the evil Clouse and his Shadow Minions who want to steal Bandit and plunge Ninjago into the Realm of Shadows.

An attraction set to take every LEGO Ninjago™ fanatic on a journey, be prepared to be in awe and watch how the Ninjago warriors battle and overcome the forces of evil with teamwork and wit. The lessons to be brought home from this show are truly inspirational.

LEGO Ninjago™ and The Realm of Shadows will open to the public at LEGOLAND® Malaysia Resort on 28 August 2015 at the air-conditioned LEGO City Stage and will be shown daily.