Home > News > The Art of Grace and Balance 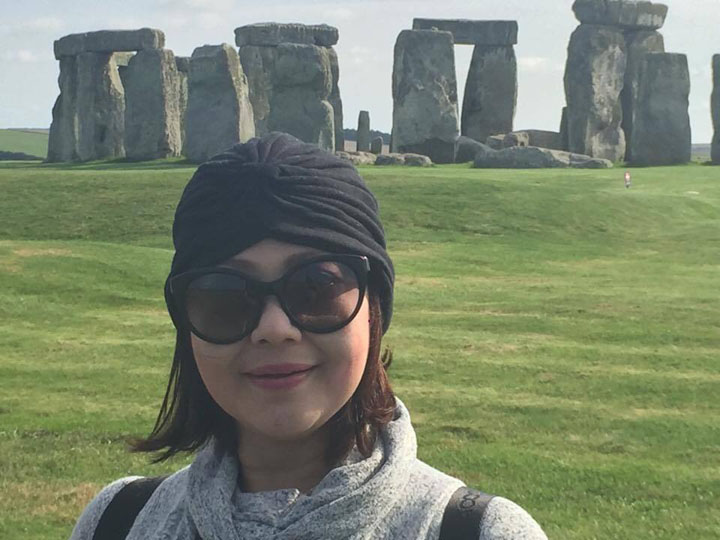 The Art of Grace and Balance

Driven by a cause greater than her own, fuelled by a passion put to good use, and ignited by an imagination that unleashed her potential, Sigrid Grace Acuin stands now at the helm of a career as a Financial Advisor, spanning 3 decades. It was a career that was carved at a young age. Such an early exposure worked to her advantage and eventually she learned the ropes of the insurance industry by the guidance and help of her mentors. It was no walk in the park despite the advantage because the road ahead was not fully mapped as she would learn. Her passion to the career and determination to provide the best for her children kept her steadfast.

The gains began to pay off when she made it to the qualifying round of the Million Dollar Round Table (MDRT) in 2004 but it was in 2011, when she came back to the Espiritu Agency that Grace went full blast, desiring to give her best in gratitude to her managers Nancy and Henry Espiritu. They backed her up and became her steadfast supporters in her quest for excellence. More than anyone else, it was the late AM Nancy Espiritu who prodded her to go for the Top of the Table (TOT). Nancy gave her that extra push that motivated Grace to reach her first TOT in 2013.

There was no stopping Grace and despite challenges and obstacles pertinent to the business, she stood her ground unfazed. It became more of a challenge as she was raising 5 children on her own and wanted only the best for them. Once again, fortune smiled upon her brave heart and she made it to the TOT in 2014 in just seven months.

How did she do it? First, she admits in all candor, she was drawn to wanting to make her manager happy. Oh what a beautìful feeling it was to see that smile light up her face! She recalled how excited she was whenever she would hand out a check to Nancy or call saying she had closed the sale. It would have been wonderful if Nancy were around to witness her 3rd TOT this year. During the 2016 Philam Life Annual Awards, Sigrid Grace Acuin was awarded her 3rd Top of the Table qualification, International Premier Icon Award and Top 1 Certified Financial Solicitor for the second year in Philam Asset Management Inc.

With definitive success in the palm of her hands, Grace shares some of the most important lessons she has learned along the way. Plan and Prepare. Be pro-active. She updated her list and went out of her comfort zone by going for VIP clients. She delegates. She competes with no one but herself. Giving her best to do better every year. If she doesn’t get the results she wants, she would step back and evaluate then make the next move. Making each day count by saving lives one day at a time.

Today she reaps the rewards of her success; for the past 5 years, she’s been traveling via business class to Asia, US & Europe all expenses paid by Philam Life. She is now wearing the hat (again) of a Unit Manager with the aim of developing financial advisors to become members of the MDRT.

Sigrid Grace Acuin is an icon made defining her own landscape in the edifice of the insurance industry and contributing her share in a prestigious legacy that is Philam Life.

Top BPO firms, executives to be honored at the 10th International ICT awards

The Genesis of Gen