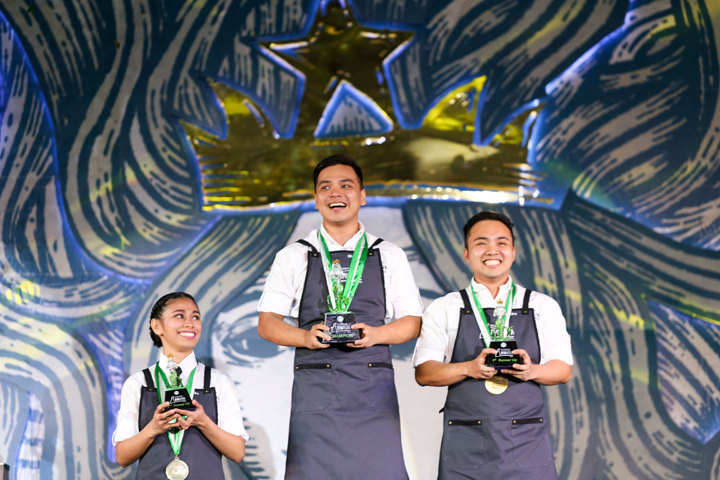 “It’s so far the best feeling I’ve ever felt,” Steaven shared when asked about the emotions he felt at that moment. “I’m overwhelmed but I’m very excited to represent Starbucks Philippines. And I had no idea I was going to end up here in my coffee journey.”

In his biggest competition yet, Steaven will be among 15 coffee masters from 15 Asian countries who will vie for the much-coveted title of Starbucks Asia Pacific Regional Barista Champion. The competition celebrates coffee artistry, expertise, and passion as it puts a spotlight on Starbucks partners (employees).

For Starbucks Global Coffee Masters like Steaven, the competition is a chance to showcase their coffee talent, further develop their skills, and to share their love for their craft and coffee. Aside from this, finalists stand a chance to win a trophy, state-of-the-art hand brewing equipment, and no less than a trip to Seattle for an immersion at the grand Starbucks Reserve Roastery.

Steaven’s journey with Starbucks would have been a short one. In 2015, he had applied as a part-time barista at Starbucks Paseo in Sta. Rosa, Laguna during his extended six-month vacation. However, things changed when he underwent the company’s three-month training program. Before he knew it, he had developed a passion for coffee and decided to continue to work as a Starbucks partner while studying at De La Salle University, Manila.

“When I was certified after the training program, it was then that I realized that I loved what I was doing – making the beverages and connecting with people. So I went ahead and continued it knowing that I could balance it with my studies.”

Steaven shared that there were many bumps along the way as he juggled his academics and his passion. But after three years of working at Starbucks, he has somehow found the perfect balance in life and in coffee, even sneaking in some studying in between shifts.

At last year’s competition, Starbucks Philippines Coffee Ambassador Rafael Miguel Bautista nabbed the top spot, making him the first Filipino coffee master to win the title. This 2018, Steaven hopes to make the Philippines proud and bring home the award once more. While the stakes may be high, he is hard at work with the help of Miguel and the company’s specialized group of coffee masters, the Coffee Leadership Team.

“Actually, after ni Miguel manalo sa competition last year, he was able to really guide us and share how he prepared for the competition. I’ll definitely apply everything I’ve learned from him and the rest of the Coffee Leadership Team.”

For the competition, baristas are judged based on their coffee knowledge and beverage mastery. In preparing for the championships, Steaven is focusing on the competition’s technicalities which include skills in latte art and pour-over brewing, practicing his overall presentation, and improving his own signature beverage.

Third Villaflor, Starbucks Philippines Coffee Ambassador 2013, proudly shared the strength of his young mentee. “Coming from the side of someone who is coaching the partners, we can only do so much. We can provide them with materials and suggestions but anyone can read it and so the expectation is that they would all be the same,” he said. “But with Steaven, it’s different. He likes to explore and for you to be better with coffee, you really have to experiment and taste everything. It takes extra effort to really learn and this is why he’s here now.”

Now with the competition fast approaching, Steaven looks back on his entire journey with a happy heart.

“I’m just grateful for this experience because I didn’t even see myself presenting to people, talking to fellow coffee enthusiasts. Before it was just a dream or a plan that would come after years but since I’m already here, I’m just enjoying and growing as well with the team. Being part of the company, I realized that Starbucks is not just a company that enabled people to become baristas and craft beverages. In Starbucks, you really understand the word ‘partner’ as they help you your growth even beyond coffee.”

Cybercriminals Most Likely to be Caught on Servers and Networks, but Detecting Their Time and Point of Entry Remains a Mystery

Make your Gaming Limitless with the World’s Number 1 Gaming Laptop: the Republic of Gamers (ROG)

Acer Expands Its Smartphone Business to the United States