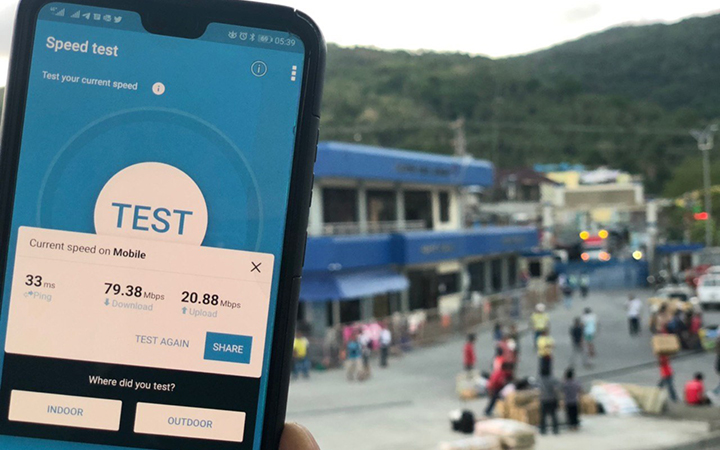 Customers of PLDT wireless arm Smart Communications, Inc (Smart) in Romblon can look forward to a better mobile data experience as Smart transforms Romblon into an LTE province. As part of its continuing network expansion and upgrades across the country, Smart has fired up Long Term Evolution (LTE) sites across the province’s three major islands: Tablas, Romblon and Sibuyan.

LTE has also been fired up to serve travelers passing through Romblon’s ports like the San Agustin port, which serves as the gateway to Sibuyan and Romblon via ro-ro vessels, as well as the Azagra port in San Fernando.

“With LTE already in place in Romblon’s islands, our customers in the province can now enjoy our network to keep in touch with loved ones, access important online services, boost their businesses on social media or entertain themselves by streaming videos, even as they cross from one island to the other,” said Tamayo.

“As we fire up more LTE sites across the province, we are connecting our customers across Romblon’s islands with the best mobile data experience, and transforming Romblon into a Smart LTE province,” said John Palanca, Smart vice president and regional head, Consumer Business-Customer Development.

Romblon residents like Joan Balgoma, who lives in Cajidiocan, are more than pleased with the improved connectivity in their province-and they took to social media to air it.

“We already have Smart LTE in our area, and it is much easier to connect now than before. We hope the signal inside our house will be this strong forever,” Balgoma, a salon worker, said in a comment on Facebook.

Level up to LTE in Romblon

To fully enjoy the improved LTE network in Romblon, customers are encouraged to upgrade to an LTE-capable smartphone and an LTE SIM. All Smart, TNT and Sun subscribers can check if their SIMs are LTE-ready by texting SIMCHECK to 5832 for free. They can also check if their location is LTE ready by accessing smart.com.ph/LTE.

Smart, TNT and Sun customers can also easily upgrade to an LTE SIM without changing their existing number by going to a nearby Smart Store or through an LTE-Ready Self-Service Upgrade SIM, which is available for PHP 10 at Smart loading partners nationwide, with free 1GB data valid for three days upon upgrading.

As of end-2018, Smart has increased the number of LTE base stations nationwide by over 86% year-on-year, while the number of 3G base stations also increased by 17%. This massive deployment has enabled Smart to provide mobile broadband in at least 90% of the country’s cities and municipalities.

PLDT and Smart are undertaking another massive capital expenditures program for 2019 by allocating up to PHP 78.4 billion budget this year, PHP 20 billion higher than the previous year, to push further the companies’ already significant network advantage.

What Makes Your Mom A #SUPERMOM?