The instant gratification that the Internet and social media provides has made the length for intrigue and questionable circumstances obsolete. Because of this, anything done in secrecy has a mystique that entices even the least curious cat.

The Philippine stage is in for a treat as Repertory Philippines is staging the murder mystery The Game’s Afoot for the launch of its 79th season. Written in 2011 by Ken Ludwig, the play follows William Gillette, a Broadway star known for his masterful portrayal of Holmes. After a spectacular run of the play-within-the-play, he invites his castmates to his Connecticut castle for a weekend of revelry… until someone turns up dead. Gillette must put on his detective hat and solve the mystery before the killer strikes again.

“The Game’s Afoot is a great play to start 2016,” shares director Miguel Faustmann. “It’s a wicked comedy and whodunit. In this day and age where everything is served to us on social media and the Internet, it’s nice to not know things and be part of a journey to a truth.”

Curiously, William Gillette is a real-life Broadway actor who made a name for himself in the early part of the 20th century for portraying Holmes. He wrote the play Sherlock Holmes in collaboration with Sir Arthur Conan Doyle, the creator of the famed detective. Gillette has portrayed Holmes in 1,300 performances spread over thirty years, and he used his royalties to create a castle along Connecticut River, which is also the setting of The Game’s Afoot.

Ludwig was inspired to write the play while watching Agatha Christie’s The Mousetrap, the longest-running play in history. Prior to The Game’s Afoot, he has written six shows on Broadway and another six on the West End. Throughout his career, he has won three Tony Awards nominations, two Laurence Olivier awards, and two Helen Hayes awards.

The Game’s Afoot premiered in Cleveland, Ohio in 2011 to great acclaim, with The Cleveland Plain praising the “twists that cause the audience to gasp.” Similarly, the Cleveland Examiner said, “From the intriguing opening mini play within a play to the surprise last scene a split second before final curtain, The Game’s Afoot gives you everything you love about great live theatre.” In 2012, the play won Best Mystery Play at the Edgar Allan Poe Awards, an award-giving body hosted by the Mystery Writers of America. 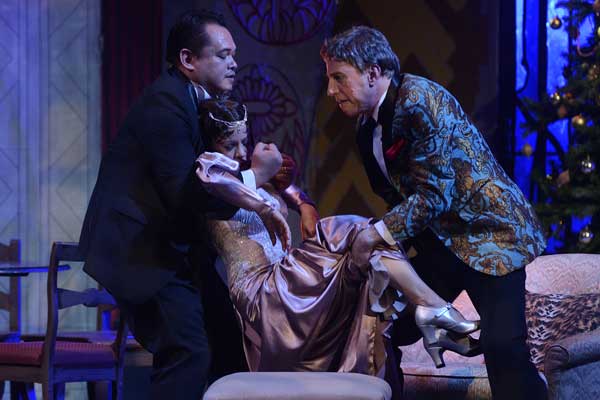 Like a good mystery, part of The Game’s Afoot’s fun is the interactive aspect of watching. Besides laughing at the comedy of the farce, audiences are engaged by trying to figure out who the killer is.

“The audience plays an active role in the play,” enthuses Faustmann. “Usually, guests just passively watch theater. Here, they participate by trying to figure out who the killer is. Is it Aggie Wheeler? Or Simon Bright? Or maybe it’s William Gillette himself. It’ll drive the audience crazy trying to guess who did it!” 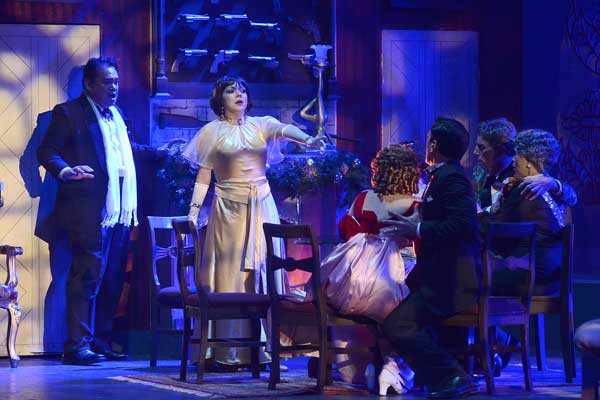 “Mystery is something that’s missing in Philippine entertainment,” he adds. “Yes, there are subplots in movies and teleseryes but none that revolve around mystery. We need to bring back the glamour of intrigue. Mystery evokes wonder. There’s magic in mystery.”

The Game’s Afoot will be staged from January 15 to February 7, 2016 at Onstage Theater in Greenbelt 1, Makati City. Ticket prices ranges from P418 to P836. For more details regarding The Game’s Afoot, call Repertory Philippines at 843-3570. Book tickets through TicketWorld at 891-9999 or visit their website at www.ticketworld.com.ph.

iPads get more creative at Beyond the Box: Every new iPad shows your style, whether it’s switched on or off