MALL OF ASIA ARENA, Pasay City – Over thirty of the most iconic names in tennis invade the country from December 6-8 as PLDT HOME Fibr—Home’s most powerful broadband—in cooperation with Smart Communications, brings the newly renamed Philippine Mavericks in the International Premier Tennis League (IPTL)’s final leg in Manila.

The IPTL, led by its Vice President for Operations Abhishek Ponia, formally bared the 2015 edition of this prestigious undertaking which stars the top Association of Tennis Professionals (ATP) and Women’s Tennis Association (WTA) players as well as s few legendary names in one is deemed as one of the most popular sports on the planet.

The former Manila Mavericks squad has been renamed the Philippine Mavericks to make a larger scope and not just central Manila.

This was the explanation of Mavericks team co-own Jean Henri Lhuillier on the rebranding of the contingent composed of eight powerhouse names in the sport.

“If you notice all the other teams are focused on their countries,” Lhuillier said. “So we wanted to pick up that semblance for the Philippine side so we decided to change it to the Philippine Mavericks.”

Lhuiller, who is also the Team Manager, is joined by fellow owners Hans Sy, Kevin Belmonte and Haresh Hiranand at the helm of the Philippine Mavericks. 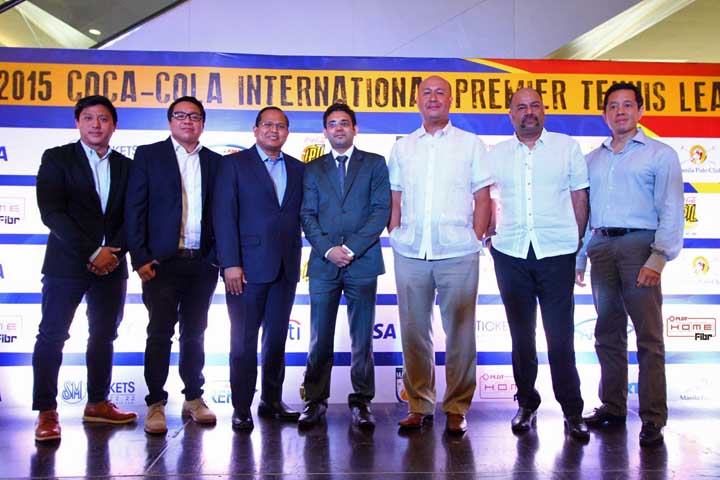 Joining the Mavericks in the league are defending champions Indian Aces, Singapore Slammers, UAE Royals and newcomers, the Japan Warriors. The IPTL kicks off in September.

This one-of-a-kind “team” tennis event commenced last year with its inaugural leg held here. Despite the apprehension that tennis—not among the mainstream spectator sports in the archipelago—may not draw a big enough crowd, the MOA Arena was a virtual sellout for the three days of competition.

In 2014, the endeavor had little time to prepare and yet succeeded beyond expectations. This year, with more time, the organizers and sponsors have plenty of opportunities to iron out what little kinks there was in the initial staging and that makes for a bigger event.

“Last year was a great experience for everybody, seeing the best tennis athletes in the world in one venue playing right before your eyes is indeed a spectacle,” said Gary Dujali PLDT Vice President and Head for HOME Marketing. “We are very proud to once again make PLDT HOME Fibr a presenter of this very prestigious event.”

PLDT HOME Fibr has been synonymous to bringing world class international sports and entertainment to the country for years and having the opportunity to partner up again with the IPTL—this time with sister company Smart—only reaffirms its mission to be at the forefront of bringing only the best to the Filipinos.

The 2015 Philippine Mavericks are made up of returning members Jo-Wilfred Tsonga, Mark Philippousis and former Philippine national team member Treat Huey along with new recruits Serena Williams (formerly of the UAE Royals), Richard Gasquet (a two-time Grand Slam semifinalist), Sabine Lisicki (she of the 131km/h serve and a former Wimbledon quarterfinalist), and up-and-coming stars Jarmila Gajdosova of Australia and Croatian Borna Coric.

“I had a really great time playing in Manila last year,” Williams, the reigning number one female tennis player in the world during a video message played at the press conference. “I look forward to playing for the Mavericks this year.”

Other big names that have confirmed their participation this year are Rafael Nadal, Roger Federer, Novak Djokovic and former Manila Mavericks main attraction Maria Sharapova—who will now be seeing action for the Japan Warriors.

PLDT Home Fibr will be giving selected subscribers a chance to be part of this amazing experience for free. For more information log on to www.pldthome.com.

IT Security Budgets Lower than Average in 45% of SMBs and 50% of Enterprises, Kaspersky IT Security Calculator Reveals