NVIDIA adds two new gaming GPUs to their lineup of NVIDIA-Pascal based GPUs: the GeForce GTX 1050, starting at US$109, and the GTX 1050 Ti, starting at US$139. Built on the same platform as the most advanced GPUs, these new GPUs are the gamer’s choice because (1) PC gaming is thriving, (2) eSports are getting big, and (3) modern games require modern performance.

PC is the still “the” gaming platform

PC gaming thrives because it’s open, highly dynamic, and more PC game titles are released on the PC compared to other platforms. The genres cover a lot of ground, from first-person shooters to massive online battle areas, from top strategy games to simulation games.

eSports are getting more popular, the prize pools are increasing, and more people are noticing this trend

eSports enjoyed an almost 300 million viewership in 2016 alone, and this momentum jumpstarts an increase of the prize pools, which in turn attract the best players in the world. Case in point, the $20 million prize pool for the latest DOTA 2 International is easily twice that of both the Cricket World Cup 2016 and the 2016 Masters Golf tournament. New games like Overwatch, which drew 77 million viewers in its first two months, drive more people to the PC, which in turn lead them to watching eSports and playing PC games. 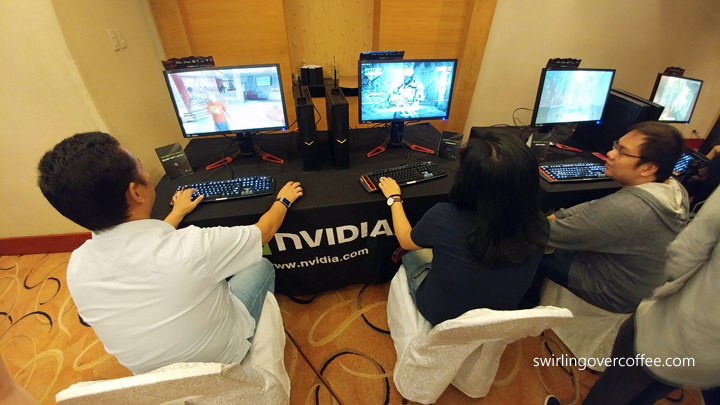 If you purchased a GPU three or four years ago, and with it you could play the newest games back then, you won’t be able to now. The GPU needs of current games (if you want a smooth 1080p and 60fps) has tripled. Meaning, with the GTX 1050 and 1050 Ti, you can play today’s most latest games, at 60fps while consuming only 75 watts of power.

Upgrading to either GPU does not need an external power connector. Simply plug in the card, install the GeForce Experience software, optimize game settings, and you’re all set.

GTX 1050 and GTX 1050 Ti: available Everywhere from Everyone

ASUS ZenBook 3 now available in the Philippines for P79,995 (SRP)

Beat the Heat with the Ultimate Pampalamig by Goldilocks!