Mobile technology brand OPPO is revolutionizing selfies once again with the release of its line of dual selfie camera phones: the F3 series. The series’ flagship phone the OPPO F3 Plus will debut this March 23 in the Philippines simultaneously in four other markets including India, Indonesia, Myanmar, and Vietnam.

A large advertisement has also been displayed at SM Mall of Asia in Pasay City, as well as other landmark buildings in Indonesia, Myanmar, Vietnam, and Times Square in New York. 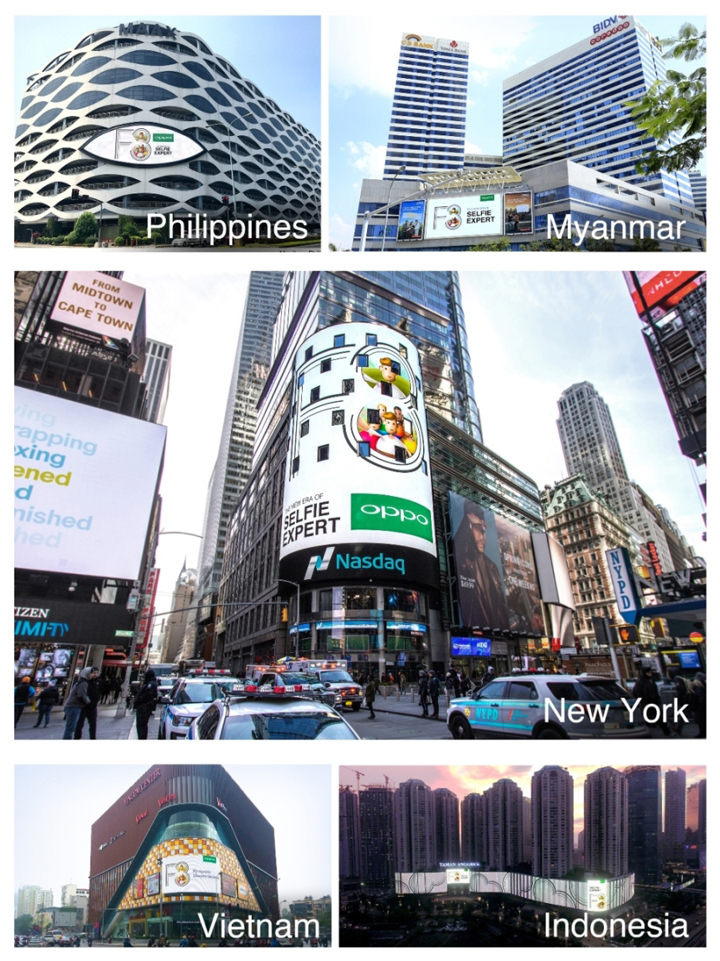 “At OPPO, product innovation drives everything that we do, and it is our key brand value,” Sky Li, OPPO Vice President and Managing Director of International Mobile Business, said. “The F3 Series will take selfie technology onto another level as well as it sets new trends. We are confident it will be a great success and will set a standard that others will follow.”

OPPO was ranked the No. 2 smartphone manufacturer in Southeast Asia with a 13.2 percent market share and the fourth largest smartphone brand worldwide in 2016, according to the latest International Data Corporation (IDC) reports. In the Philippines, the brand also grew its offline market successfully from 3.2 percent in July 2015 to 8.6 percent in July 2016 based on data from market research firm GfK. These successes have been attributed to the sales of OPPO’s “Selfie Expert” F1 series, which includes the F1, F1 Plus, and F1s.

The World’s 1st Quad Rear Camera smartphone – the SAMSUNG Galaxy A9 – is now available in the Philippines!

A Sweet Treat for Dad