A new cup series has recently been revealed by esports betting site NXT Game, in which the focal point of the competition will be helping new and up-and-coming teams to jump start their competitive gaming careers.

The NXT Evo Dota 2 SEA is a joint project between NXT Game and the Mineski Events-Team created in order to address PH and SEA Dota recently becoming too top-heavy. This it looks to do by providing teams a stable, consistent competitive environment, where they can not only hone their skills, but also grab the attention of bigger organizations looking to sponsor new teams or fill their existing rosters with promising individuals. 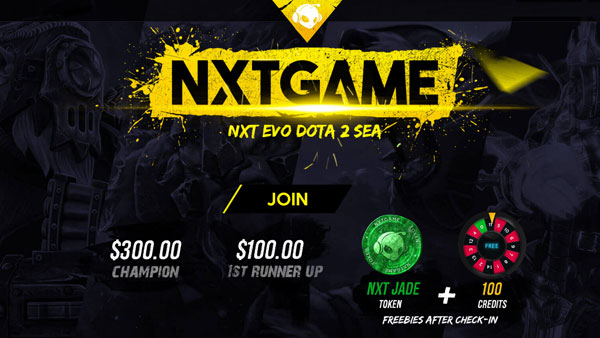 As stated in the official page, “[e]ach cup will feature 16-24 teams, four of which are to be determined via open qualifiers. Participants will be divided into four groups of 4-6 teams each, where they will play a bo2 round robin format. The top 3 from each group proceed to the single elimination playoffs.”

The estimated runtime for each cup is 2-3 weeks, including the pre-season qualifier, so as to better simulate the rigors of professional gaming, keeping the games, and therefore the pressure, going.

For more details, as well as to sign your team up for the qualifiers, make sure to visit the NXT Evo Dota 2 SEA official site here.

Alongside the Mineski Infinity VizMin Dota 2 Circuit, NXT Evo looks to function as a minor league that prepares players for entry into the big leagues, such as the Mineski Pro-Gaming League – something that was alluded to when this season of the MPGL was revealed in March.

Grab shares the love in 7th bday with over P7M worth of promos, discounts, rewards