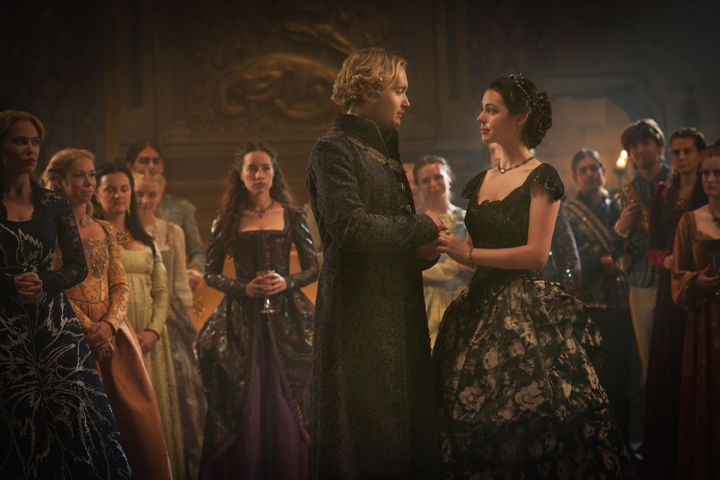 The world’s most iconic monarchies shine brightest in the vestments and residences they own.

More than the power and prestige that monarchs hold, it’s the artifacts and buildings signifying sovereignty that capture people’s imaginations. From the Forbidden City in Beijing to the British Crown Jewels in the Tower of London, these regal legacies embody the pomp and splendor of royalty commoners can only dream of.

We commoners may never get the chance to own these regal vestments and mansions. But with good enough savings, we can at least treat ourselves to a luxury vacation for a glimpse of these once-exclusive royal attractions. Thinking of spending a little to see some of history’s most renowned symbols of royalty? Here are a few ideas that will take you beyond the usual experience of crowns and castles. 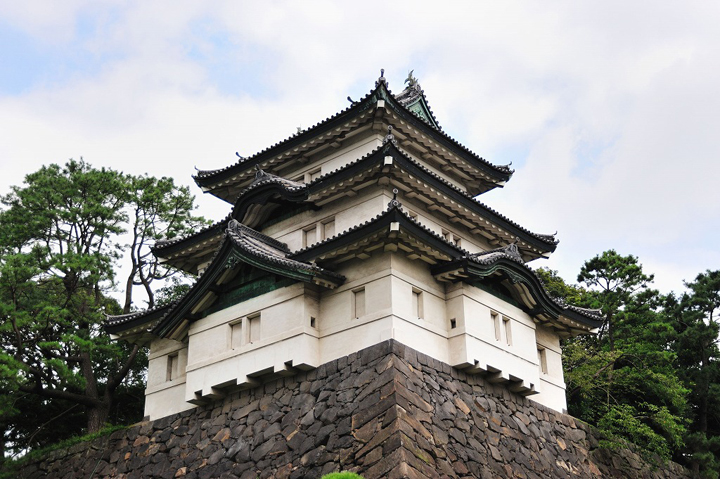 Just a few kilometers from Tokyo Station in Japan, the Imperial Palace offers scenic views in the East Garden where the public can stroll around arboreal spaces surrounded by deep moats and towering stone walls. Guided tours are restricted outside the buildings. Fortunately, the inner precincts open during two occasions: the customary New Year’s greeting every January 2 and the Emperor’s birthday.

As for Japan’s Imperial Regalia, the Three Sacred Treasures are distributed in three holy shrines dedicated to the Shinto Goddess Amaterasu: the jewel Yasakani no Magatama housed in the Imperial Palace; the mirror Yata no Kagami kept in the Grand Shrine of Ise, Mie Prefecture; and the sword Kusanagi no Tsurugi located in Atsuta Shrine at Nagoya, Aichi Prefecture. These relics are not on public display, but tourists can still visit the Museum of the Imperial Collections in the East Garden to see the imperial household treasures including paintings, pottery, sculptures, and calligraphy. 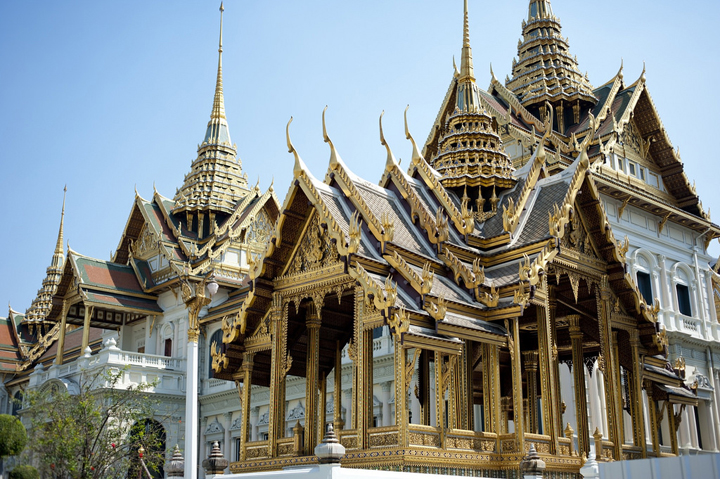 In the heart of Bangkok, Thailand, the Grand Palace boasts impressive architecture with several gilded pagodas and intricate embellishments on pavilions, temples, and royal halls. Proper clothing such as long pants and sleeves is a must to gain entry as part of a dress code; otherwise, a booth at the entrance can provide clothes for a small deposit fee.

The Thai royal regalia consist of several items used for the coronation rites. These include the Royal Nine-Tiered Umbrella, the Great Crown of Victory, the Sword of Victory, the Royal Staff, the Royal Slippers, the Royal Fan and Flywhisk, the four Royal Utensils, and the eight Weapons of Sovereignty. All these together with other national treasures are on display in the Pavilion of Regalia, Royal Decorations and Coins at the Grand Palace.

Remains of the Holy Roman Empire 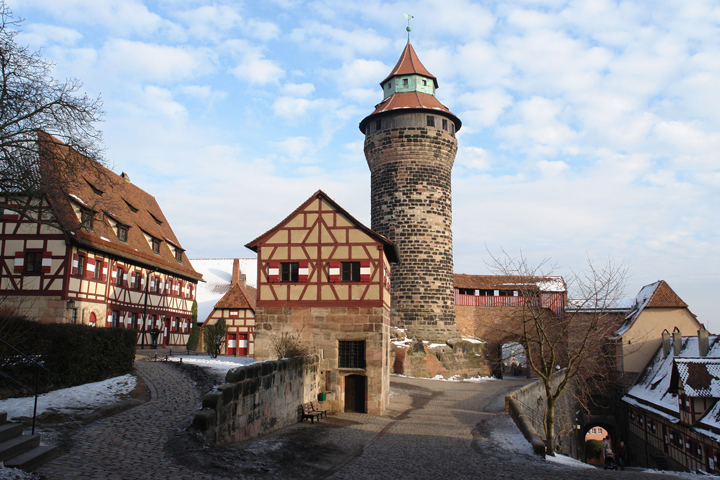 Dominating the Nuremburg skyline in Bavaria, Germany, is Kaiserburg Castle, home to the German kings of the Holy Roman Empire for about 500 years. Notable attractions include the Romanesque double chapel featuring a Gothic crucifix by Northern Renaissance German sculptor, Veit Stross. Others are the Imperial Apartments containing antique furniture, tapestries, and artwork, as well as the Imperial Castle Museum featuring an array of armaments.

The Imperial Regalia, however, is housed in Hofburg Palace in Vienna, Austria. On display include the stone-studded Imperial Crown, the Imperial Scepter, the Imperial Orb, the Imperial Sword, and the Holy Lance said to have pierced the side of Jesus during his crucifixion. These, among a host of regalia and reliquaries on exhibit, are only part of a large secular collection from across Europe. 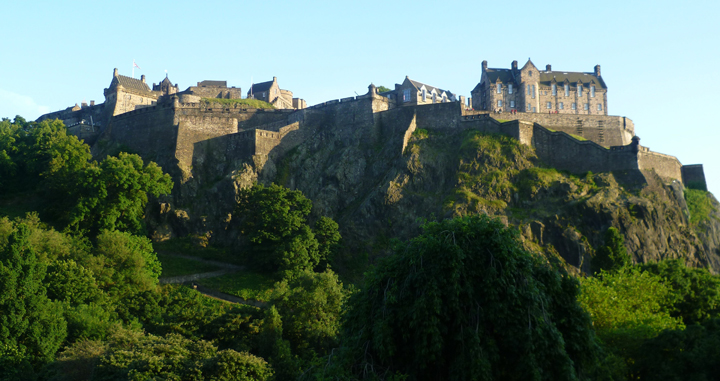 Tourists at the United Kingdom often think of the Buckingham Palace and the Tower of London’s 140 royal ceremonial objects including the Imperial State Crown, the Sovereign’s Orb, and the Sovereign’s Scepter when planning a royal sightseeing. For a different monarchical experience, Scotland is a must-visit. 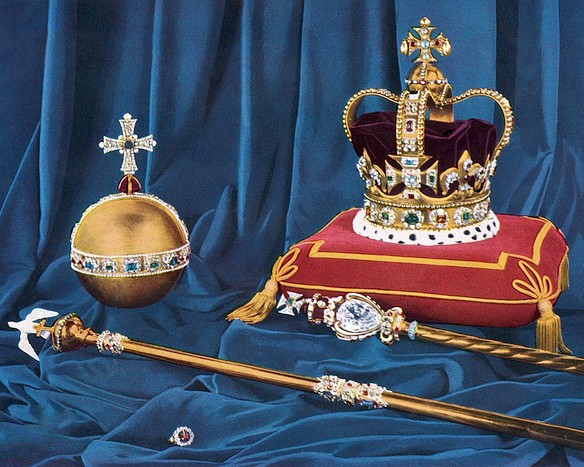 Standing on an outcrop of volcanic rock, Scotland’s Edinburgh Castle has seen plenty of palace intrigues, imprisonments, and even murders throughout the stronghold’s centuries-old history. Some of the places to explore include the twelfth-century St. Margaret’s Chapel, the massive Mons Meg cannon, and the Stone of Destiny used for the coronation of Scottish monarchs and, later on, the monarchs of unified Great Britain.

The Scottish Crown Jewels once worn by Mary Queen of Scots are on display in the Crown Room of Edinburgh Castle together with the Stone of Destiny. Known as the Honours of Scotland, these royal articles include the Crown first donned by James V, the Scepter gifted to James IV by Pope Alexander VI, and the Sword of State also given to James IV by Pope Julius II.

As the oldest set of crown jewels in the British Isles, the Honours played many roles from crowing ancient Scottish kings and queens to representing the Monarch at the Scottish Parliament in modern times. Curious about the history of the Scottish regalia and its first possessors? Follow the exploits of Mary Stuart, Queen of Scots, in Reign, every Tuesday at 9:45PM on Blue Ant Entertainment.

Live lighter, smarter, faster - Reimagine yourself with the Modern PC