MANILA, December 17, 2014 – Those who are on the lookout for awesome gift gadgets this Christmas or are in search for a chic new smartphone to start 2015 afresh are in luck! Global technology innovator LG Electronics will be holding a three-day Christmas Rush Sale from December 19 to 21, 2014, featuring two of its recently launched mobile devices, the LG G3 Beat and the LG L Fino.

Purchasers of these models during the given period will be entitled to a special price cut. The LG G3 Beat, originally priced at P13,990, will be offered at P9,990—allowing valuable savings worth four thousand PHP, while the LG L Fino worth P7,990 will be available for only P6,990. 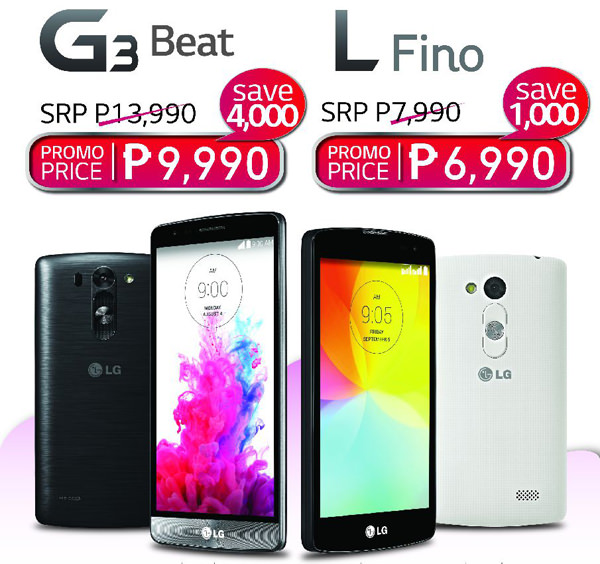 The LG G3 Beat, an offspring of the multi-award-winning smartphone LG G3, carries the best features of the highly-acclaimed flagship, allowing Filipino consumers to have the G3 experience at a more compact body and more affordable price. The LG G3 Beat comes with a 5.0-inch HD IPS display, a robust 2,540mAh battery, and an 8-megapixel shooter which features Touch & Shoot, Gesture Shot and Front Camera Light.

Zalora SALE! Get 12% off SiteWide*

Samsung TV Kicks Off its 20th Anniversary with Special Offers from May 31 to June 3!

Home Credit named “Employer of the Year” in PH, APAC

The King of Smartphone Photography, the Huawei P20, is now within your reach at a whopping 30% off!