The M.2 SSD to be the enhanced replacement for Mini PCIe/mSATA, the corresponding specifications had been created and established by Intel. With its strengths in the design of motherboard chipsets, Intel has also introduced the specification for various notebook platform applications. If you are wondering what exactly is so special about the M.2 SSD that makes it stand out among so many existing SSD interfaces, you have come to the right place. 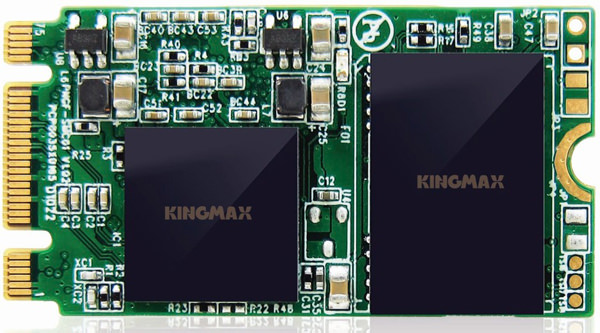 KINGMAX M.2 SSD supports the SATA interface with high compatibility, which offers the product ample coverage in different applications. Not only that, the product is capable of delivering an incredible data transmission speed at 540MB/s between the motherboard and storage device, with impressive bandwidth scalability. Coupled with features such as support for NCQ and hot swapping, KINGMAX M.2 SSD really is the ideal choice as far as SSD goes.

A design that makes thinner and lighter products possible

Compared with the mSATA form factor, M.2 SSD’s size of 2242 saves as much as 55% in precious physical space, while the 2280 cuts down spatial consumption by 15%. Compact in size and weighing a mere 5g, the M.2 SSD makes the task of creating lighter and smaller products possible and has therefore become the primary storage solution for ultra-compact mobile computing devices.

For gamers, the M.2 SSD delivers SSD level of speed and performance at a lower price of entry. KINGMAX M.2 SSD features high-speed MLC flash memory with read and write speeds of 540MB/s and 300MB/s respectively. In addition to BCH and ECC error detection and correction technologies to perform automatic correction to prevent data loss due to computing errors, the product also features self-monitoring, analysis and reporting technology (S.M.A.R.T) to help users protect their important data.

In addition to the launch of the M.2 SSD, KINGMAX has always made it a point to bring SSD products of the best value to consumers. By insisting on its quality assurance and dedicating meticulous attention to each and every production process, KINGMAX has gone to great lengths to deliver utmost satisfaction to users. Among its extensive product offerings, the SME Xvalue 2.5” SSD has been endorsed by numerous users as the entry-level product that offers the best bang for the buck, and even users with a limited budget would be able to experience the advantages of SSD and benefit from exceptional system stability. For users looking for more with regards to read/write speed, KINGMAX SMG Titan series is a no-brainer; not only does the series promise great performance and high stability, the SMG Titan series guarantees a read speed at 550MB/s and an incredible write speed at 520 MB/s – a significant boost in performance. For hardcore gamers, the SMU Client series would be the obvious choice, especially with the launch of relevant KINGMAX DDR4 products. The improvement in system performance is promised to be immediate and substantial when paired with OC DRAM products.