There couldn’t have been a more dramatic finish to KAYA’s first ever home game in the AFC Cup. With virtually the last kick of the match, Jose Elmer Porteria sent the Rizal Memorial Stadium into pandemonium with a strike that sealed a hard earned 1–0 victory over Maldivian side New Radiant.

It was a tightly contested affair throughout the duration of the game, with the best chances arising late in the second half. New Radiant threatened first, with Waheed Rilwan’s free header from close range going just over the target. Moments later, it looked as if Antonio Ugarte’s similarly fluffed open header would be Kaya’s last hope to find a winner. But in the final minute of added time, Junior Muñoz rifled in a cut back from the right wing, which Porteria guided on the half volley into the side netting. It was an exquisite finish to cap a historic evening for KAYA.

“To win in our first ever home game in front of this amazing crowd, it was just a surreal feeling,” said Porteria after the game. Captain Aly Borromeo, who was named Man of the Match, credited Kaya’s will to keep pushing until the end, even after large spells of control throughout the game had led to frustration in front of goal. 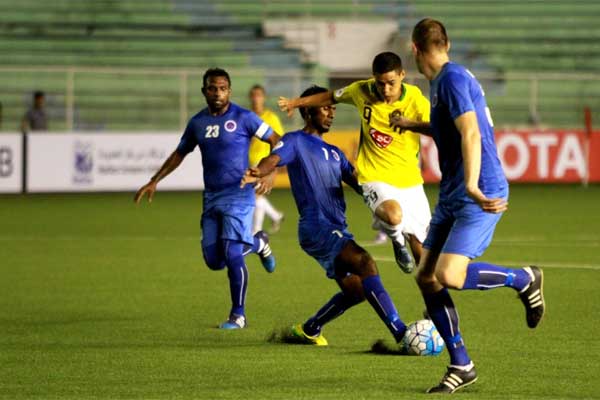 “It all boils down to the resiliency of the team. We showed in the UFL Cup last year that we fought all the way until the end. We weren’t the most gifted team, but individually we worked together, we played as a unit, and I think it showed tonight as well,” he said.

“We did deserve to win because we controlled the game. But I don’t think we are at all satisfied,” Borromeo said of the team’s performance. “It’s another stepping stone for us and we need to concentrate on next week against Balestier.” 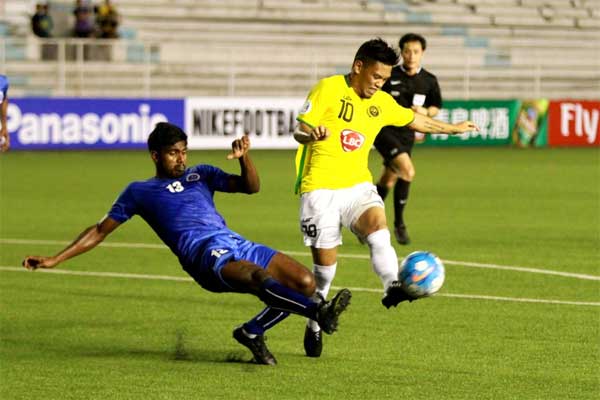 Kaya next face Group F leaders Balestier Khalsa on March 15, with the AFC Cup match taking place at the Rizal Memorial Stadium once again. The Singapore side will be arriving fresh from a shock victory over Hong Kong giants Kitchee, and is expected to be a stern test.

Kaya FC’s next 2016 AFC Cup Group F qualifying match against Balestier Khalsa (SIN) will be held on March 15 at the Rizal Memorial Stadium. Kickoff is at 7:30 p.m. Tickets are now available and are sold and handled by MaC2 Group Manila, which can be reached by phone at 0917-5387589 or via email at info@mac2groupmanila.com. Tickets will also be available at the venue on match day.

Test Your Limits at the Apollo Petroleum Jelly TRI 2020

Five Little Ways to Help Others During the Quarantine