Team Jericho won the Internet of Things (IOT) Hackathon held on April 26, 2015 at the Microsoft Office in Makati.

The “Internet of Things” covers familiar devices – wearables, phones and tablets, computers, Smart TVs, home appliances, even cars – that can all “talk” to each other via the Internet. 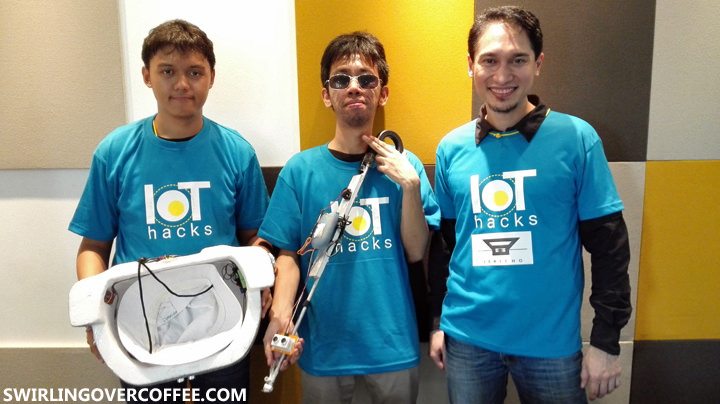 IOT Hacks winner Team Jericho (above) pitched a mobility assistance cane for the blind that uses sonar to sense above-waist obstacles to warn a blind user. The warnings take the form of beeps – the closer the obstacle, the more escalated the beeps. Information the cane amasses can be sent to Microsoft Azure servers so that the blind population can build a “Four Square” tailored to their needs – because the blind do not experience the web in the way the visually non-impared can.

All this is for version 1.0. The next version, should Team Jericho get funding, will involve a head-mounted sonar (held by left-most team member pictured above) that they want to take a smaller form. Right now the prototype is as big as a wash basin. Team Jericho is comprised of FJ Camillo, Lee Yeo, and Lorenzo Miguel Villalon. 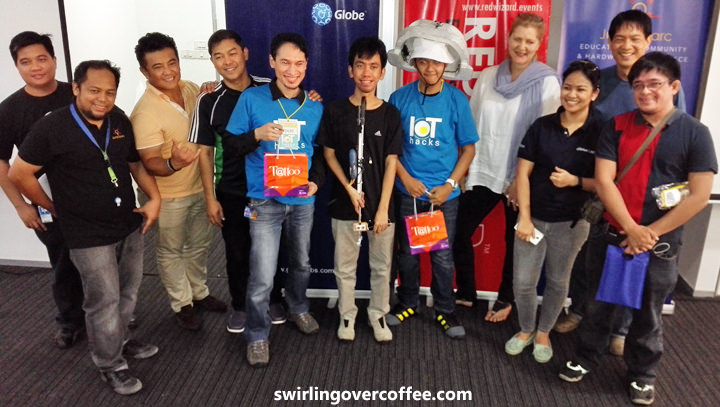 Sponsored by Microsoft Philippines and Globe Labs and organized by Red Wizards, the IOT Hackathon aims to showcase Microsoft’s Azure services (specifically Event Hub,Streaming Analytics, and Web Sites) in the context of a full end to end IoT solution. The hacks take the form of hardware designed to solve real world problems.

Eight (8) teams pitched at the IOT Hackathon, some of whom were given special prizes.

Here are the projects and team members: 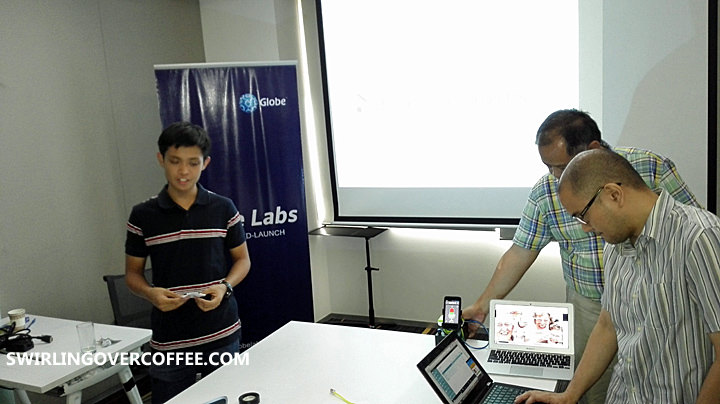 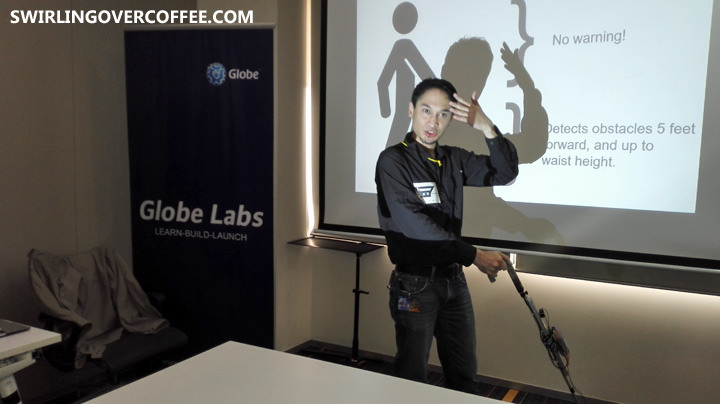 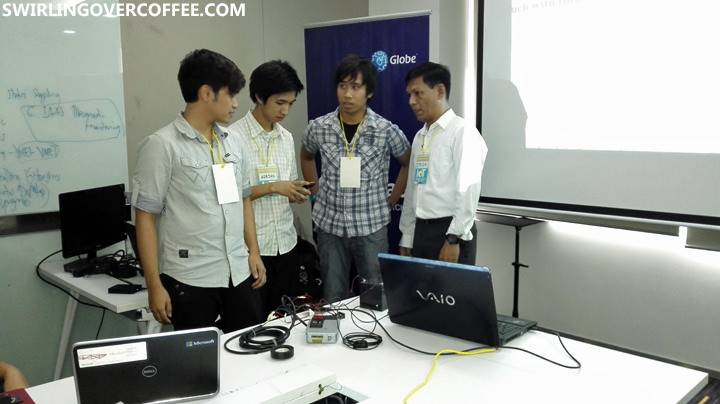 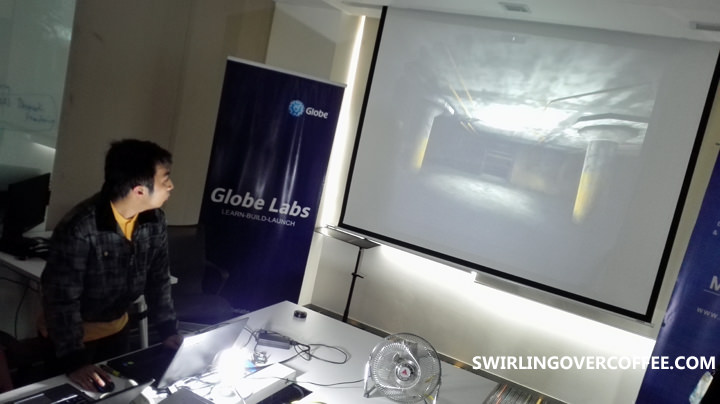 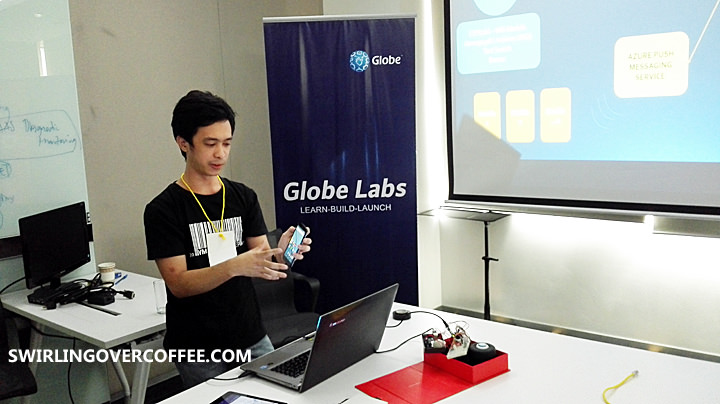 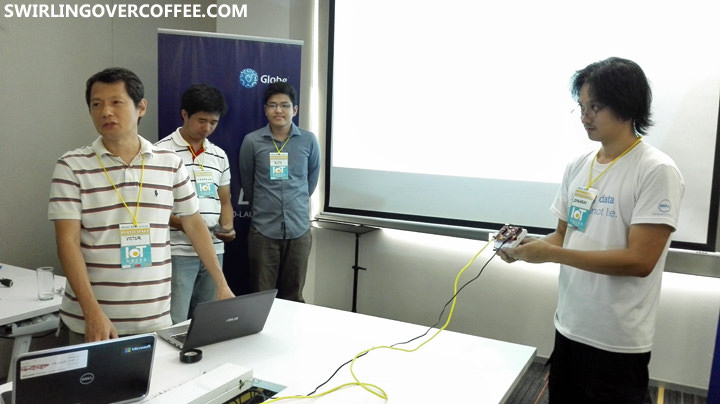 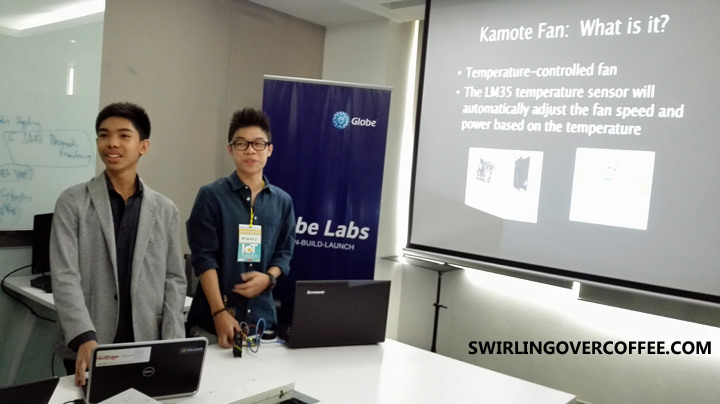 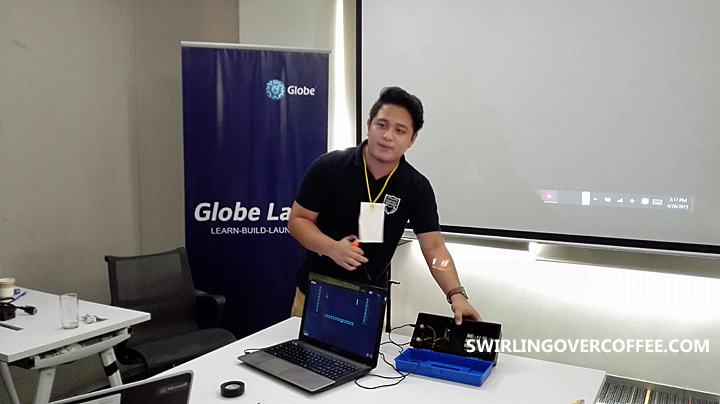 The criteria for judging are:

Business Viability – 30%
– Will this make money?
– Was the business idea validated?
– Was the team able to show that people have bought or / will buy their product or concept?

Technical Execution – 30%
– Does it work?
– Did the team show a working prototype?
– Are you convinced of its effectiveness?
– Do you see or not a better technical solution? 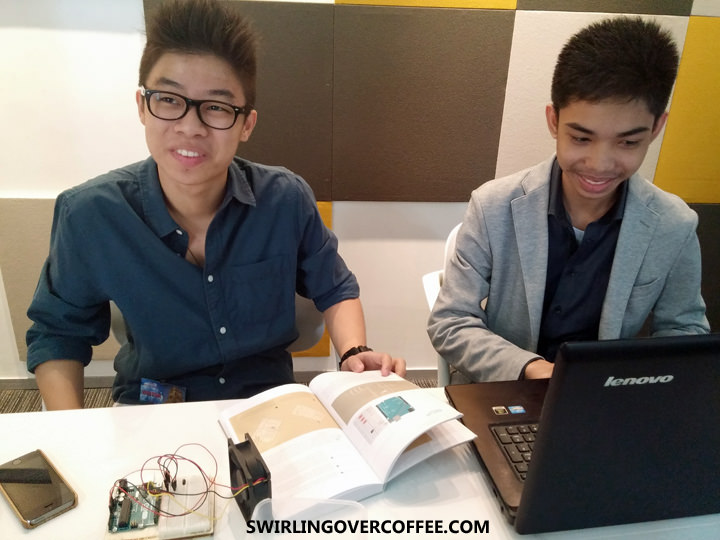 Team Kamoteng Kahoy had the youngest participants and was easily the Judges’ favorite. Thomas Ignacio and Miguel Go are 18 and 16 years old, respectively. Right after their temperature-controlled fan presentation, one of the judges asked, “Where can I buy this?”

Relevance – 20%
– Does the team solve an actual problem?
– Does it consistently solve the problem?
– Is it sustainable?
– Are there no other simpler solutions?

Presentation – 20%
– Was the idea well communicated?
– Did you understand the business side?
– Was the prototype detail properly explained?