Home > archive > Improving Lives, One Super Minimart At A Time 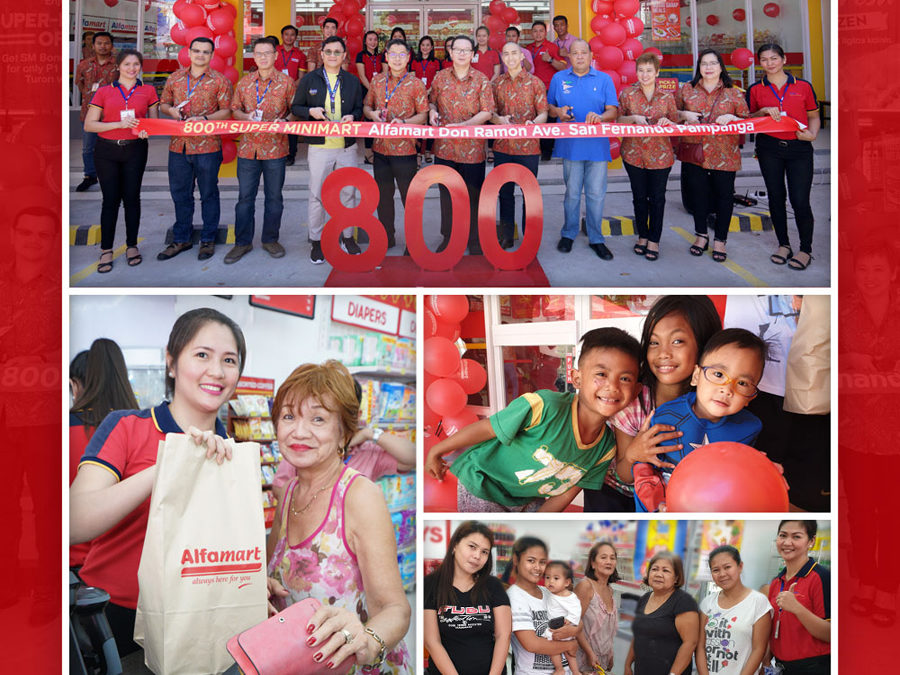 When we hear the word “progress”, images of roads, buildings, and an urbanized lifestyle come to mind. That is all well and good for those residing in so-called “Imperial Manila” but, for most, progress comes at a sustained pace and a grassroots-level scale–a freshly paved road, a new tricycle terminal, or in the case of many developing towns in the north and south, a clean and convenient Super Minimart.

Alfamart, the first and only Super Minimart chain in the Philippines, is very familiar with the positive effects of opening up a store in small towns. Ever since they opened their first store in Trese Martires, Cavite back in 2014, they have been guided by their advocacy of improving overall quality-of-life in the locales they operate in.

Fast forward to today, Alfamart now has 800 stores (their latest one recently opened at Don Ramon Ave., San Fernando, Pampanga). From Cavite, to Laguna, to Bulacan, and finally Pampanga, Alfamart has always been guided by the same principle of improving communities, one Super Minimart at a time.

“A lot of people may overlook what a nearby Super Minimart may bring,” said Alfamart COO Harvey T. Ong. “In our six-year tenure of growing the Alfamart brand, we saw how much a small town has changed by the presence of a clean and convenient Super Minimart where people, especially the housewives, can get their daily needs at everyday low prices,” he added.

Alfamart opened its first store in Pampanga in 2018 and have, since then, been concentrating some of their effort in the area. “Like all the other areas that we’ve expanded into, we see Pampanga as an epicenter of urban growth and community development here in the north,” Ong said.

However, Ong reiterated that their goal is not just to expand for the sake of expanding. They are still committed to their advocacy in improving communities. “As more families establish themselves here, we’d like to provide them with an accessible Super Minimart that has all their needs within reach,” he explained. “By giving them convenience, we hope that affords them more quality time to spend with their respective families,” he concluded.

For more information about Alfamart and its latest offerings, you may visit https://alfamart.com.ph.