More Filipinos are getting their first taste of the internet through smartphones among other devices, allowing them to learn, discover, and live whatever their passion is. Recognizing this, Google Philippines launches Game Yan with Apps by Google, an initiative which aims to unlock the potential of the internet through smartphones with a little help from core Google Applications.

“Google is in a continuous pursuit to make the world’s information accessible and available to everyone especially to first-time smartphone users,” said Ryan Morales, Google Philippines Country Marketing Manager. “We want their first mobile experience to be both enriching and fun with a little help from Google Apps.” 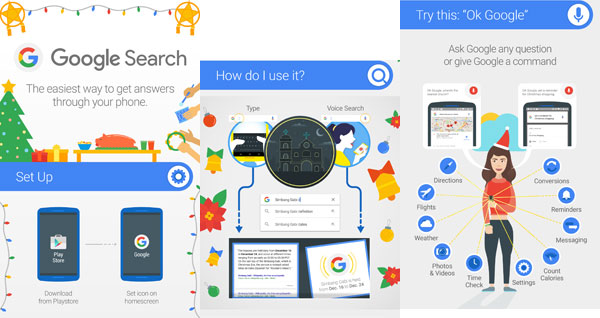 Google is working together with MemoXpress and SM Cinemas to make the experience of first-time Android users much more special. Customers who purchase any Android smartphone from MemoXpress or Junior MemoXpress branches nationwide will be assisted by front-liners to get the most from core Google Applications such as Voice Search, Maps Offline, and YouTube Offline. They will also have the chance to win FREE SM Cinema Tickets if they answer a promo question using Google Apps.

Beat the traffic – book a helicopter ride with Ascent

What could the Filipino Online Christmas Shopper Buy Next?