Golden Globe® and multiple Emmy® Award winner Jane Lynch returns to primetime TV in an all-new comedy, ANGEL FROM HELL. The new sitcom will premiere first and exclusive on RTL CBS Entertainment HD on 05 February, Friday at 9:00pm (8:00pm JKT/BKK). ANGEL FROM HELL centers around Amy (Lynch), a colorful, brassy woman who insinuates herself into a dermatologist’s organized and seemingly perfect life, claiming to be her “guardian angel.” 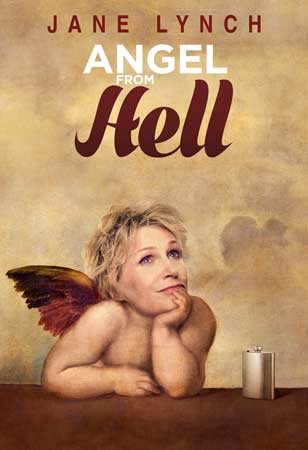 Maggie Lawson (“Two and Half Men,”“Psych”) plays Allison, an intense, driven doctor who is sure that Amy is just an inebriated, outspoken nut, until every one of her warnings proves true. Cautioned by Amy not to tell anyone about her, Allison can’t discuss this over-the top oddball with her father and business partner, Marv, played by Kevin Pollak (“A Few Good Men,”“The Usual Suspects”), a doctor who shares an office with Allison, or her younger brother Brad, played by Kyle Bornheimer (”She’s Out of My League,”“Agent Carter”), a real estate agent who lives in a guest room over her garage. As Allison tries to push Amy away, Amy makes her final pitch: her sole mission is to provide Allison with helpful guidance that nudges her in the right direction in life – and it’s her final chance to prove herself as an angel.

On television, Lynch starred as Sue Sylvester in the series “Glee,” a role for which she won both an Emmy® Award and a Golden Globe® Award. She is also an Emmy® Award winner for her role as host of “Hollywood Game Night.” Other memorable television roles among many are“Party Down,” “The L Word,” “Desperate Housewives” and “The New Adventures of Old Christine,” for which she was nominated for an Emmy for Outstanding Guest Actress in a Comedy Series, as well as “Criminal Minds”and “Two and a Half Men.” Lynch also served as host of “The 63rd Annual Primetime Emmy Awards” and was this year’s host of the “People’s Choice Awards.”

Most recently, Lawson appeared in a season-long arc as Ms. McMartin on the 12th and final season of “Two and a Half Men.” She is also known for her role as Juliet O’Hara on the series “Psych.” Other television series credits include “Back In The Game,” “Justified,” “Crumbs,” “It’s All Relative,” “Inside Schwartz,” “ER,” “Party of Five” and “Felicity.”