In line with commitment to improve internet services

It’s full steam ahead for Globe Telecom in its aggressive deployment of the 700 megahertz (MHz) band by rolling out recently more than 150 sites mostly in Metro Manila as part of its commitment to improve the mobile internet in the country. 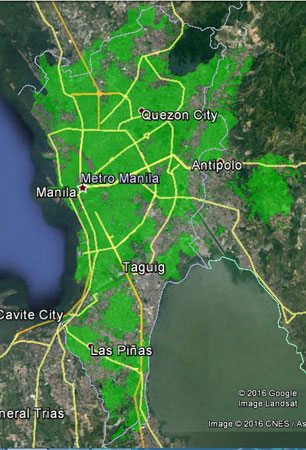 Joel Agustin, Globe Senior Vice President for Program Governance, Network Technical Group revealed that Globe is fast-tracking the rollout of LTE service nationwide using the 700 MHz frequency under the co-use agreement approved by the National Telecommunications Commission (NTC). “We are confident that more and more of our customers will experience improved services as adoption of LTE-capable devices increases and as we continue to deploy LTE 700 in more sites. This is consistent with our strategy of continuously improving internet services using the previously idle 700 MHz spectrum that the NTC now allowed us to co-use,” Agustin said.

According to Agustin, the LTE 700 sites cover major business districts and highly-urbanized and populated areas in the country, noting that customers using LTE 700 devices are steadily increasing in these areas.  Citing Quezon City, where Globe activated the first LTE 700 site in the country, Agustin said the technology now covers a majority portion of the city after the LTE 700 sites activated by Globe increased four times from the initial rollout of just 11 sites.

The company plans to activate more than 500 LTE 700 sites across the country by the end 2016, Agustin said. He added that majority of these sites are located in Metro Manila, enabling Globe to deliver close to 100% coverage of LTE 700 for the entire metropolitan area. This is turn, is expected to substantially improve mobile internet experience of customers in the region.

Globe Telecom is maximizing the use of the 700 MHz band in fulfillment of its commitment in the co-use agreement with BellTel following the sellout of San Miguel’s telco assets.  The company committed to deploy about 4,500 multiband, multimode software defined radio base station equipment to 95% of total municipalities and cities in the country. This will improve overall customer experience in terms of speed and reliability of mobile internet services.

Aside from the 700 MHz, the NTC-approved co-use agreement also provided Globe with access to additional allocation in the 1800 MHz, 2300 MHz, and 2600 MHz bands. This supports the capacity enhancement initiative launched by the company early this year amid growing customer requirement for bandwidth-intensive multi-media content. Globe also launched early this year an initiative of creating an internet superhighway by deploying fiber optic cables in 20,000 barangays all over the country to provide faster and more reliable Internet access in about 2 million homes nationwide.

Ad industry bigwigs come together for CreativeFest 2019: Advertisers, ad agency execs and students gather for the largest celebration of creativity

SYKES Caps off 2019 as Top BPO Employer in PH

Juice up and save up with PayMaya QR at Pure Nectar