Home > Tech > Get your dose of history with Street View

Get your dose of history with Street View


Heroes’ monuments you can check out this Heroes Day.

The Philippines is a country with centuries worth of stories to tell. This National Heroes Day, let Google Street View take you on a virtual tour of different monuments that commemorate the triumphs and tragedies of the people who helped shape the Philippines to what it is today.

Visit these storied pieces of art created by national artists such as Guillermo Tolentino, Francisco Manosa, and Antonio Caedo and be reminded of the important milestones in history.

The Lapu-Lapu Shrine is a symbol of courage featuring Mactan’s native leader, Lapu-Lapu. He is known for defeating the Portuguese explorer Ferdinand Magellan in the historic Battle of Mactan, which took place on April 27, 1521. Have a virtual tour of this iconic shrine in Punta Engaño in Lapu-Lapu City in Cebu and remember this hero’s triumph. 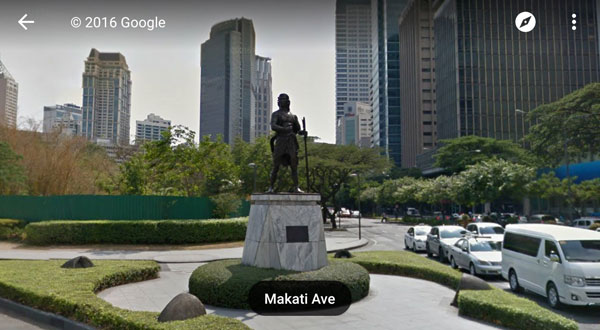 Sultan Muhammad Dipatuan Kudarat is a hero from Maguindanao in Southern Philippines.  He fought against the Spanish invaders when they attempted to occupy his sultanate. He defended his Islamic faith and triumphed for love of country. Check out Sultan Kudarat’s monument located in the bustling Paseo De Roxas in Makati City. 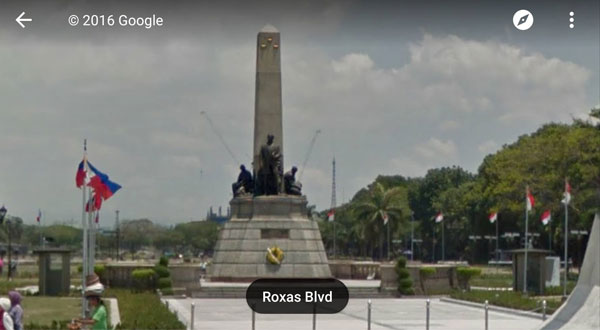 Located at the heart of Manila, the 103-year-old monument of Dr. Jose P. Rizal designed by Swiss sculptor Richard Kissling is 42 feet tall, with an obelisk, set on a stone base where the remains of the national hero are interred. Possibly the most famous monument in the country, stroll around the namesake 58 hectare park just as world leaders like Mexican President Enrique Peña Nieto and Pope Francis who have come to pay tribute to our national hero.

Coined from the Filipino word “laban” which means “fight”, the Pinaglabanan Shrine is a symbol of the courage of the Katipuneros led by Andres Bonifacio and Emilio Jacinto. It was built to commemorate the Battle of San Juan del Monte in August 1896. Be filled with pride when you check this statue out and be reminded of the spirit that was able to inspire Filipinos to continue fighting for independence. 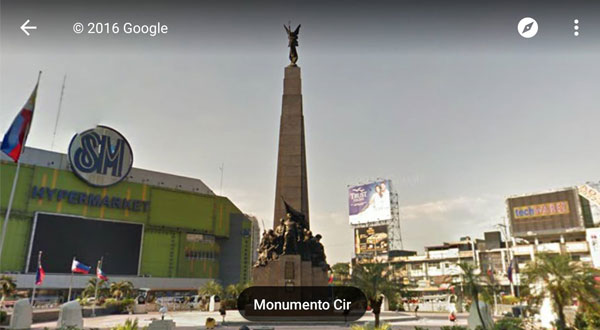 Designed by National Artist Guillermo Tolentino, Bonifacio Monument is a fitting tribute to the Father of Philippine Revolution, Andres Bonifacio. Visit the busy rotunda of Monumento in Caloocan City and seek the monument’s 23 tableaus depicting the battle cry of Filipinos during the Spanish regime. 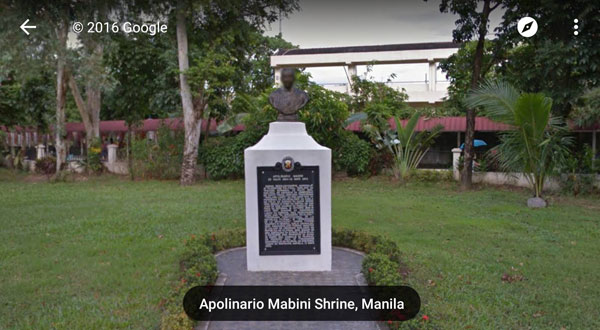 This shrine is dedicated to Apolinario Mabini, dubbed the “The Sublime Paralytic” and the first Prime Minister of the Philippines. Despite having polio, Mabini proved to be an invaluable leader of Katipunan. The shrine is located in Nagtahan, Manila where he first lived upon entering law school at the University of Santo Tomas. Visit Mabini Shrine and appreciate one of the country’s finest heroes for never letting anything get in the way of fighting for the country, not even a physical disability. 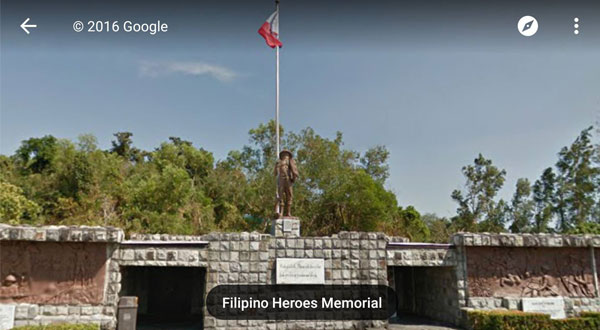 Take a trip down memory lane to one of the most historic places in the country — Corregidor. Known as a fortress of defense because of its strategic location at the entrance of Manila Bay, it was the headquarters of the Allied forces during World War II. Located at the tailend of the island is the Filipino Heroes Memorial designed by architect Francisco Manosa. At the middle, you will find a statue of a guerilla and surrounding it are 14 murals showcasing memorable revolutionary events and the Filipinos’ struggle for independence. 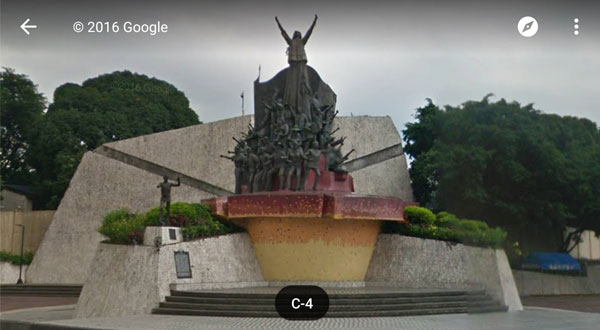 Standing tall along the bustling EDSA thoroughfare is Filipino sculptor Eduardo Castrillo’s commemoration to the iconic People Power Revolution — the People Power Monument. Located just outside of Camp Aguinaldo where members of the Armed Forces of the Philippines are headquartered, this monument reminds Filipino soldiers and the thousands of Filipinos who pass by EDSA everyday of one of the most successful peaceful demonstrations in the world.

If you find yourself planning a roadtrip to any of these historical landmarks, don’t forget to bring your friends and families along. Be reminded of the real essence of this celebration as you learn about the story behind each monument, and let Filipino pride fill you as you honor these local heroes by appreciating what they did for the country.

Drive with Grab and get processed in one day!

Generika Drugstore adds Gamot Guide, Actimed, and MEDPadala to their roster of healthcare services for Filipinos