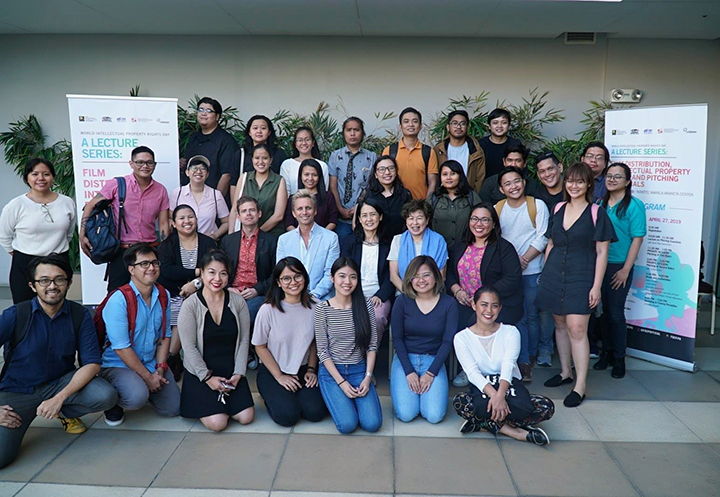 FDCP Chairperson Liza Diño, making her opening remarks said, “We at the Film Development Council of the Philippines believe that educating our local filmmakers is the first step we have to take in order to further boost our local film industry. Educating filmmakers on how they can protect their IP rights will not only preserve the integrity of their work but will significantly benefit Filipino industry players especially now that we are looking to be globally competitive with our content as we celebrate our One Hundred Years of Philippine Cinema.”

Martin Gallery of Odin’s Entertainment and Linda Gozali of MAGMA Entertainment headlined the first day of the celebration where they each shared their expertise in a Film Marketing and Distribution Masterclass.

Martin Gallery focused his discussion on the necessary steps local filmmakers have to make in order to export their films and see them screened in theaters throughout the globe.

“Filipino filmmakers are well-known for their creativity and offer a huge potential in the international market. However, we have yet to see these films in theatres throughout the world,” said Gallery. “The film industry is a multi-faceted business that does not only rely on the artistry alone. In order for the filmmaker to have full ownership of their story and idea, they must ensure that their IP rights are protected. When armed with the right set of business and artistic skillsets, Filipino industry players can unlock the full potential of their films and eventually share it with an international audience.”

Gallery also explained the vital role of sales agents, who serve as a pathway for filmmakers to help distribute their films to a wider audience. “Their goal is to aid filmmakers through every process such as processing contracts and licensing,” he said. “Their role is crucial in order for the filmmaker to reap their profits at the end of the day.”

The Rise of the Indonesian Film Industry

“Western-produced films are undeniably prominent in Asia and this phenomenon is felt in Indonesia as well,” Gozali said. “Domestic consumption was low for us in the previous years which prompted us to take efforts to advance our local film industry.” Removing the film industry from the Negative Investment List, Gozali explained, stimulated immediate growth across the entire film sector.

Venturing into merchandising, comics, theme parks are among the strategies employed by Gozali’s production team to hopefully grow the chances of major local films being recognized locally and internationally.

She encouraged local filmmakers to replicate and come up with new strategies that will boost the Philippine Film Industry. Gozali is also hopeful that Asian countries can collaborate together in future projects to reach the full potential of Asian-made movies.

Aspiring filmmakers also had the chance to present their ideas to the panel of judges in the World IP Pitch Showcase.

Director Jason Bernard Santos, writer and director of “Looter” was awarded with an all-expense paid trip to Los Angeles to learn from top film and TV experts in Hollywood.

Director Keith Sicat of ToFarm Film Festival, took home the runner-up award with his project “Unos”, a sequel to “Alimuom”.

To further inspire local filmmakers, Caterwaul Director and Cinematographer, Josel Fajardo, graced the event and shared his experience as the Gold Winner of Viddsee Juree Philippines 2017. Fajardo led an insightful discussion on how important it is for filmmakers to protect their IP rights and mentored up-and-coming filmmakers.