SOC Staff, 7 years ago 2 min read 564
Your September is about to get even more spectacular as the Ekotab Encore 3G takes center stage. That’s right, you’ll be able to get your hands on the Encore 3G for only P3999*, that’s a whopping P1500 discount.

Oh but the fun doesn’t stop there. This September, we’re serving up 3 power packed combos that are sure to keep you updated all day, every day: the Storage Bundle, Power Bundle and the Super Bundle.

Storage Bundle: One can never have too much storage space am I right? We say there’s no such thing as having too many selfies, too many games and the like. With that in mind, we’re throwing in an 8GB MicroSD card with your Encore 3G for only P100.

Power Bundle: Always on the go but can’t get enough of your favorite games? We’ve got just the thing for you. Just add P600 and you can get an Ekopack Slim 4000Ah with your Encore 3G!

Super Bundle: Can’t decide which combo to get? Neither can we! The Super Bundle gives you both the power and extra storage you need for only P4799* 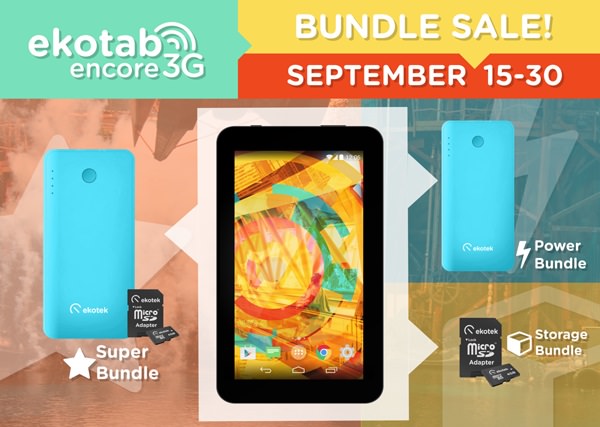 Dell Technologies Launches New Era of PCs and Displays with 5G, AI and Premium Design for Work and Play