Electric fans have remained unchanged for over 150 years. They rely on spinning blades that chop the air to keep you cool. But in 2009 Dyson, the British technology company, bid farewell to the blade, inventing the world’s first bladeless fan, the Dyson Air Multiplier.

More aeroplane wing than home appliance, the fan harnesses an engineering phenomenon known as the Coanda effect. Rather than relying on rotating blades that ‘chop’ air, Dyson engineers accelerate the air through a fine aperture to create a jet of air which passes over an airfoil-shaped ramp. This created a drop in pressure and as a result surrounding air is drawn into the airflow. For every 1 litre of air passing through the machine, additional 16 litres are drawn in from the surroundings. 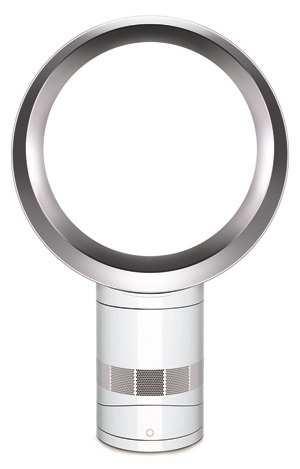 High speed air creates noise. But tuning out unwanted noise poses a significant engineering challenge. A specialist team of Dyson acoustic engineers designed a Helmholtz cavity to capture sound waves travelling through the fan. The cavity alone eliminates tones of up to 1,000Hz; similar to the tone produced by a mosquito’s beating wing.

The Helmholtz cavity is an empty chamber that cancels out certain frequencies of sound. While cavities are already used in combustion engines and subwoofers, the new Dyson Cool fans are the first fans to incorporate them although the application is new the underlying idea is more than 150 years old.

Part household appliance, part spaceship – here’s an appliance no man should be ashamed of.

4 Steps to Setting Up a Secure, Collaborative File Storage System

Must watch this weekend on Cignal Play: Light Rom-Com series ‘The Orbiters’