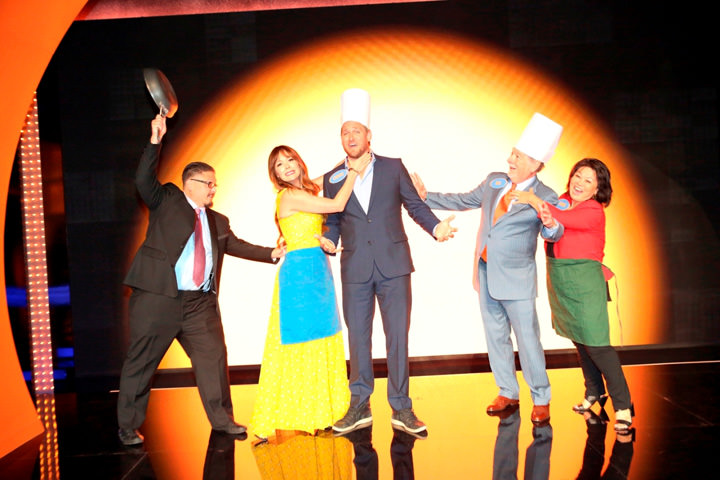 Join celebrity families as they compete against each other on Celebrity Family Feud, a prime time star-studded version of the iconic game show Family Feud.

Each team is made up of a celebrity captain with four relatives or friends playing along. The winning celebrity team will be given a chance to win up to $25,000 to donate to a charity of their choice. With such a worthwhile prize at stake, Celebrity Family Feud brings you your favourite celebrities as you’ve never seen them before!

The series premiere of Celebrity Family Feud features actor Anthony Anderson’s (black-ish) family versus seven-time Grammy Award-winning artist Toni Braxton and her sisters; and in a separate game, family members from Australian celebrity chef Curtis Stone and actress Monica Potter (Parenthood) spar off against each other to win money for a charity of their choice.

Launched in Asia in 2013, RTL CBS Entertainment HD is the first channel of RTL CBS Asia Entertainment Network, the venture formed by world leading content producers, RTL Group and CBS Studios International. A general entertainment channel, it offers a balanced mix of reality, drama, comedy and daily programs and features exclusive first run content aired soon after the initial US broadcast including series Scorpion, Extant, House of Cards, Under The Dome, Elementary and Beauty and the Beast; talent competitions Britain’s Got Talent and The X Factor UK; and daily shows Entertainment Tonight and The Insider.