Cebuana Lhuillier has reached a new milestone as its 24k Plus Card, the company’s loyalty rewards program, hit the five-million membership mark since its launch in 2009.

To celebrate this achievement, the biggest microfinancial company in the Philippines recognized the lucky five-millionth member, Arlyn Gallebo, a teacher from Zamboanga Sibugay, in ceremonies held at the Cebuana Lhuillier branch in Jupiter Street in Makati City. 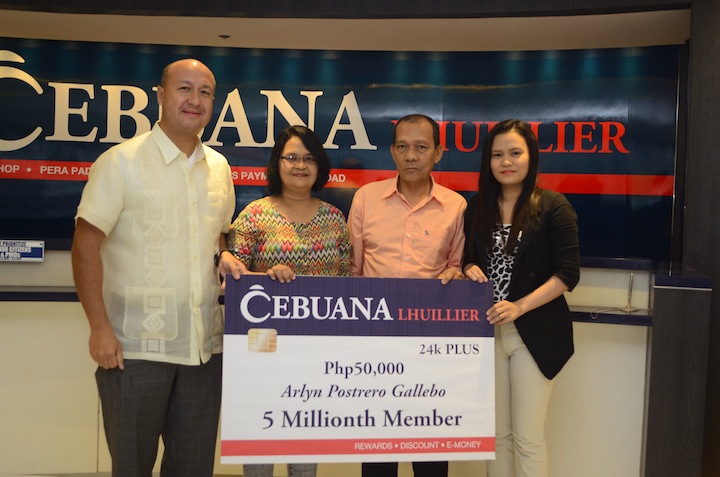 “Cebuana Lhuillier, for many years, has prided itself in providing excellent customer service to our clients. It is a commitment that we have kept throughout these years, and which we will continue in the years to come,” said Cebuana Lhuillier President and CEO Jean Henri Lhuillier.

The 24k Rewards Program is the first loyalty rewards program in the pawning industry.

Through the 24k Plus Card, members earn points for every transaction—pawning, money remittance, insurance products purchase, bills payment and e-load—at any of Cebuana Lhuillier’s more than 1,700 branches. The card also grants its members with exclusive privileges, discounts and special service offerings.

“The 24k Plus card has given our members more purchasing power—adding more value for their money—as the points have monetary equivalent, which the client can use to pay off interest fees for pawns, or remittance fees, even load credits for their prepaid mobile phones,” added Lhuillier.

Experience a Boosted Holiday With the SAMSUNG Galaxy A-Series!