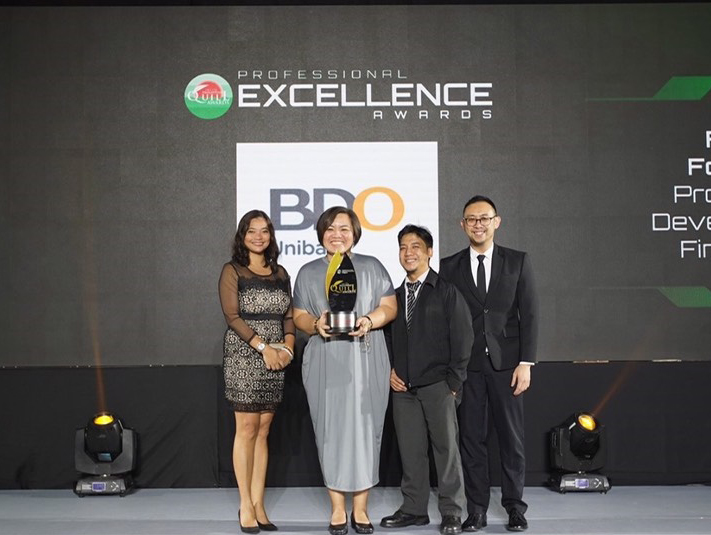 BDO Unibank was bestowed the Award of Excellence for a TV documentary that tackled its “We Find Ways” philosophy and how it transformed the lives of Filipinos and contributed to nation-building, among others, at the recently held 17th Philippine Quill Awards of the International Association of Business Communicators (IABC) Philippines.

The video features anecdotes from BDO’s senior officers and some of the bank’s top corporate clients on how BDO is finding ways to expand its network and make its services more accessible, especially to the unserved and underserved markets.

“We need to get where the money is, and channel it to where it’s needed. And BDO plays its role in the economy by having a wide market coverage to reach out where the funding is coming from and to be able to make the right assessments to that it is channeled to the right projects and the right priorities,” BDO president and chief executive officer Nestor V. Tan said in the video.

The Philippine Quill is the country’s most prestigious awards program in the field of business communication, bestowing the seal of approval to the most reputable organizations and corporations in the nation for almost two decades, emphasizing the use of excellent communication to achieve business goals, and to make a difference in society.

Lenovo launches new IdeaPad and YOGA ultrabooks in the Philippines

What could the Filipino Online Christmas Shopper Buy Next?