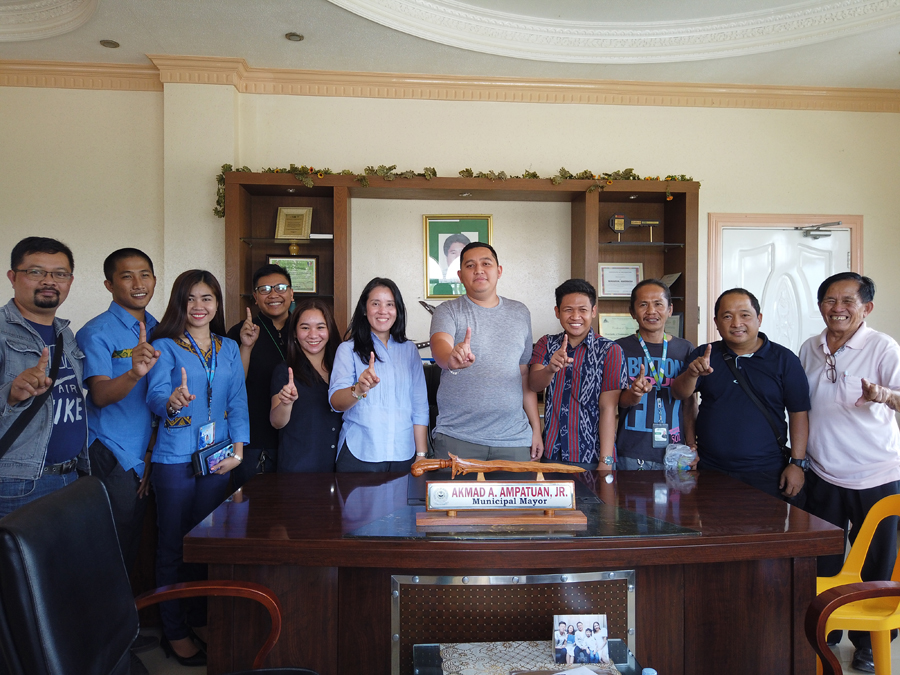 Residents of Mamasapano in Maguindanao and other towns in Basilan, Lanao del Sur, Sulu and Tawi-Tawi now have access to high-speed LTE connectivity as PLDT wireless subsidiary Smart Communications, Inc. ramps up its network rollout across the Bangsamoro Autonomous Region in Muslim Mindanao (BARMM).

“We are in the age of globalization, and globalization will be meaningless without communication,” said Minister Mohagher Iqbal of BARMM’s Ministry of Basic, Higher and Technical Education. “The world becomes smaller and smaller because of communication. And I think Smart is playing a good part in that effort.”

For BARMM Minister of Agriculture, Fisheries and Agrarian Reform Mohammad S. Yacob, improved communication links are vital, especially for boosting agriculture in the region.
“One of the Bangsamoro Regional Government’s initial challenges is communication, especially in the island provinces,” said Yacob. “Connectivity is important, particularly for our Ministry, since we have to monitor our farmers.”

Yacob noted that without connectivity, their farmers cannot send in their reports or access the Internet. “Their performance is very low. What we need is to be able to communicate directly with them, and with networks in place, we can help our farmers in island provinces,” he added.

In the case of Mamasapano, Mayor Akmad Ampatuan Jr. highlighted the importance of connectivity for the younger generation. “Smart’s fast internet connection opens up Mamasapano to the rest of the world. It is great help to the community, especially to the students in the area,” he said.

“This highlights PLDT-Smart’s commitment to continuously expand our mobile broadband coverage in order to provide the best internet experience to our customers, wherever they may be in the country,” said PLDT-Smart senior vice president for Network Planning and Engineering Mario G. Tamayo.

“By providing connectivity to our countrymen in BARMM, we are not only giving them better avenues to keep in touch with their families and loved ones, or access to social media, video streaming and online games. We are also stimulating their local economy, empowering entrepreneurs and businesses, and helping government deliver their services better,” Tamayo added.

In 2019, Smart increased the number of its LTE base stations by 51% compared to end-2018 and deploying these in more areas of the country. Underpinning Smart’s network deployment is the continued expansion of PLDT’s fiber infrastructure, which grew by 32% versus end-2018 to more than 322,400 kilometers nationwide. This unmatched fiber infrastructure is a critical advantage for Smart.

The sustained improvement of the PLDT-Smart network has been supported by a stepped-up capital expenditures program that includes investments in network and IT systems, including investments in increased LTE coverage and capacity, expanded fiber transport and new international cable networks.