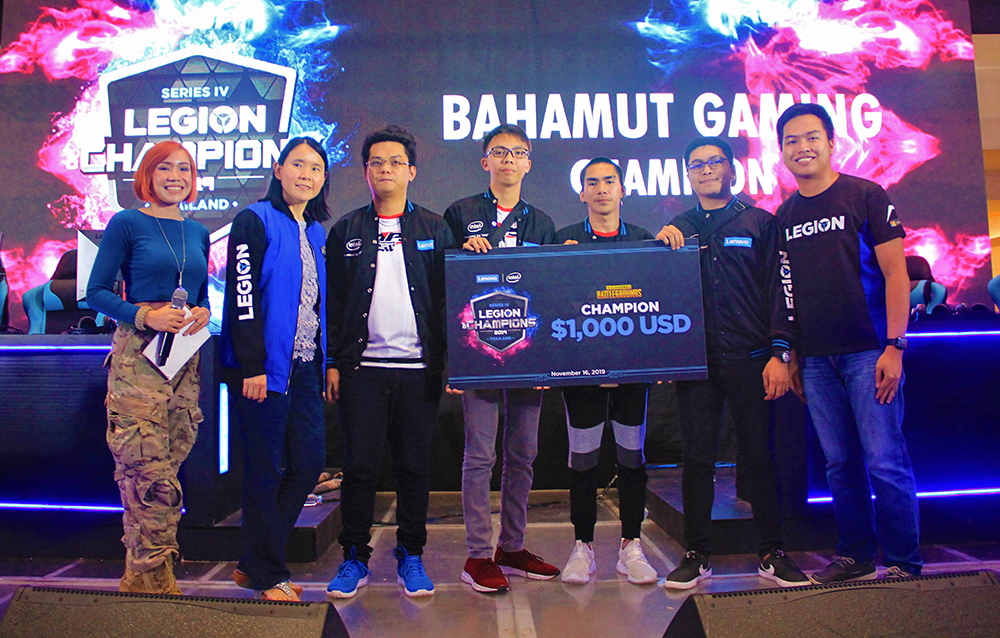 The four-man team of Bahamut Gaming bested 47 other teams during the Philippine League of Champions (LoC) qualifying tournament held recently at SM Megmamall Activity Center. After a day of intense PUBG (PlayerUnknown’s Battlegrounds) action, the team comprised of Mark Myles “Shrykos” Chin, Mark Gerald “Ryujin” Licanto, Brandenn “BMG_Rui” Buenviaje, and Larry “ShinRyuji” Yoro (Bahamut Gaming) took home a cash prize of USD 1,000 and won the right to represent the Philippines at LoC IV, which will be held at Pantip Pratunam Mall in Bangkok, Thailand from December 12-15, 2019.

“…the rise of the competitive gaming scene can no longer be ignored, and Lenovo is thrilled that the event [League of Champions] has been steadily growing ever since it started,” said Michael Ngan, General Manager, Lenovo Philippines.

The Legion of Champions (LoC) tournament is a testament to Lenovo’s continuing effort to foster the gaming community in the Philippines and in the entire Asia Pacific region.

Now in its fourth series, the LoC is bigger, better, and features two new crowd-favorite games: PUBG and CS:GO. In addition, teams from 12 markets in the region, now including Australia and New Zealand, will be battling it out for glory.

“As the gaming phenomenon further develops, rest assured that Lenovo Legion and the LoC will continue to provide eSports teams a competitive platform where they can enhance and hone their skills,” Ngan said.

realme Buds 2 and realme Buds Wireless to Be Launched at Lazada 12.12, With Smartphone Markdown up to 21%

Refresh Yourself with the new Tang Lychee Flavor

The history of Selfies, according to Sony

Use PayMaya to Get the Best Deals at the Lazada 6.6 Bounce Back Sale