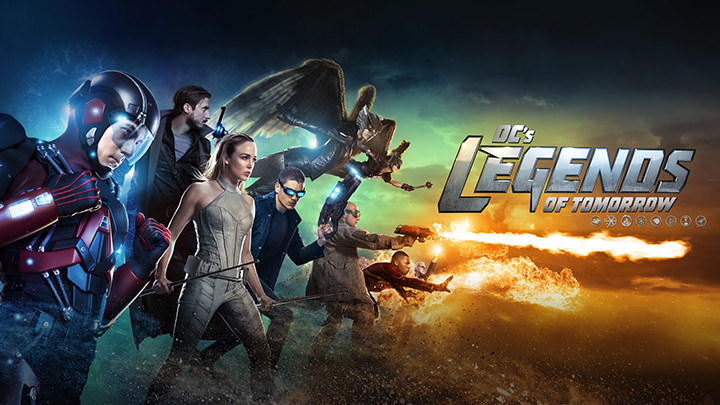 
In the future, an immortal has conquered the world, and only a handful of heroes and villains (from the present) can stop him. Warner TV’s DC’s Legends of Tomorrow brings together the heroes and villains from Warner TV hits Arrow and the The Flash in a 16 episode (season 1) fight across time to save humanity.

DC’s Legends of Tomorrow is a sister-series to The Flash and ARROW, developed by Greg Berlanti. The show opens with time-travelling rogue, Time Master Rip Hunter, played by Arthur Darvill (Doctor Who), in the year 2166. Hunter sees the immortal Vandal Savage (played by Casper Crump) on the verge of his final victory – bringing total chaos and the utter destruction. This abomination pushes Hunter to take matters into his own hands and travels 150 years into the past to assemble a team of carefully-selected heroes and rogues to stop Savage. 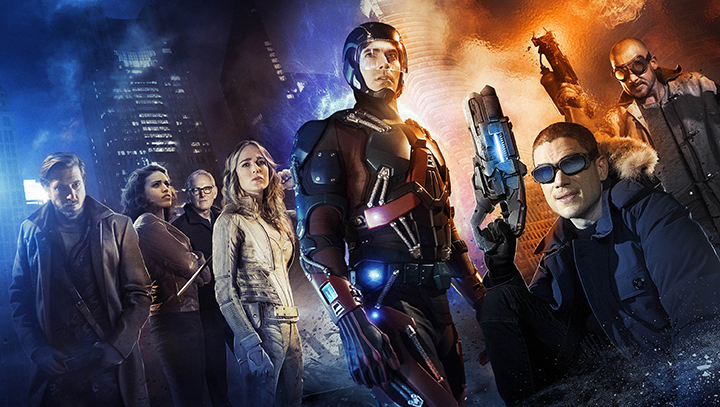 Left-most guy is Rip Hunter (Arthur Darvill), who is from East London, oh, and from the future.

The 16-episode series features a combination of characters and even villains from The Flash and ARROW, along with new heroes from the DC Comics pantheon. 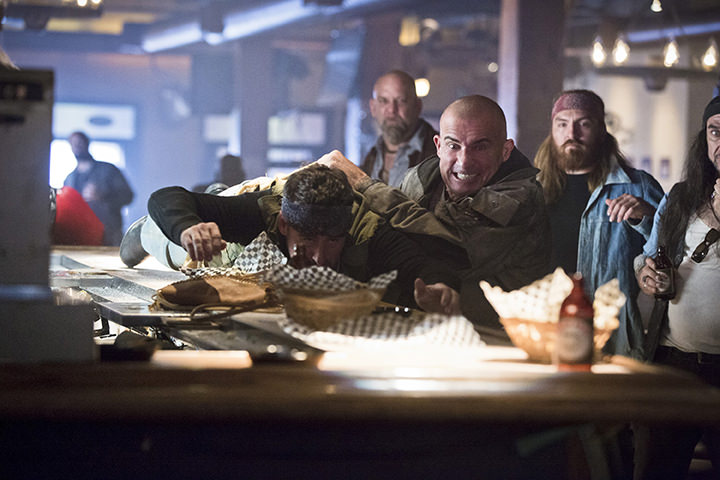 Heat Wave (Dominic Purcell) has some of the best lines on the show. He also seems to be enjoying himself immensely.

With recurring roles in both The Flash and ARROW, Brandon Routh (Superman Returns) reprises his role as the billionaire inventor Ray Palmer a.k.a The Atom, who created an exo-suit with the power to shrink himself to miniscule size. Also reprising her role as the trained assassin Sara Lance a.k.a White Canary in the ARROW-verse is Caity Lotz (Death Valley, The Pact). 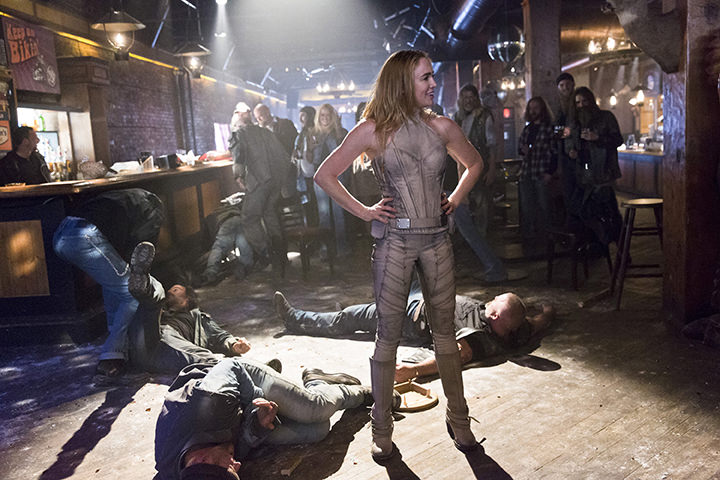 White Canary (Caity Lotz) died and was resurrected in Arrow and then (in Arrow’s story line) moved away from Starling City to keep from having to kill to satiate her needs. Now she’s back and she looks well-rested, no trace of that need to kill at all. You wonder how many she’s killed to feel this good. 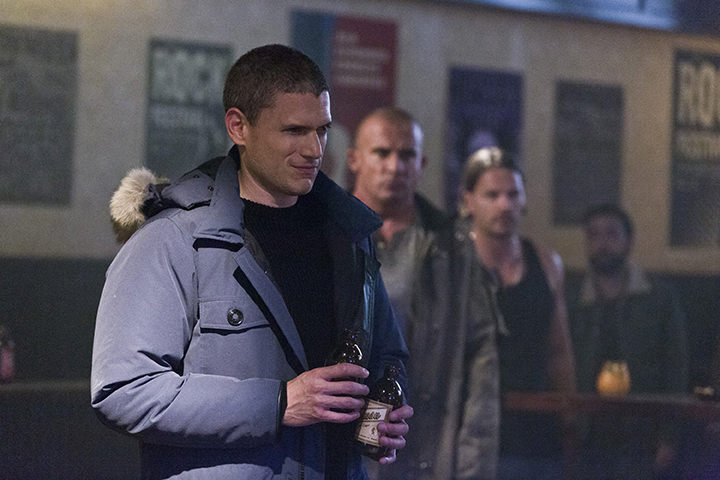 Prison Break lead Wentworth Miller is Captain Cold, a thief with a freeze gun. He delivers each line as though it were a poke, a threat, an insinuation.

Forming the meta-human Firestorm are Victor Garber (Titanic, Alias) as Professor Martin Stein and Franz Drameh (Edge of Tomorrow) as Jefferson “Jax” Jackson. While Kendra Saunders a.k.a. Hawkgirl and Carter Hall a.k.a. Hawkman are played by Ciara Renée and Falk Hentschel, respectively. 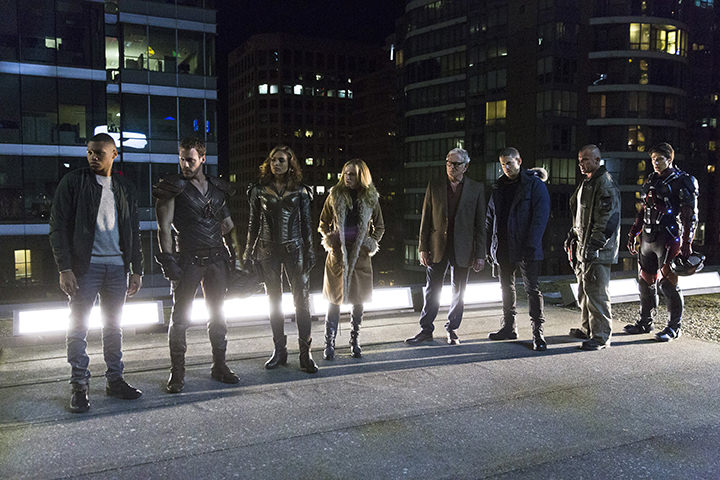 DC’s Legends of Tomorrow premiered  on January 22, 9pm and will be shown every Friday after that only on Warner TV. Warner TV is available on SKYcable Channel 77, SKYcable HD Channel 197, Cignal HD Channel 119, Destiny Cable (Digital) Channel 77, Destiny Cable (Analog) Channel 80, and Cable Link Channel 30. For more updates on the best in action, comedy and drama, follow on Facebook.com/WarnerTVAsia.

If we win P1 million in the #PayMayaguinaldo promo, here’s how we’ll spend it!