ASUS Republic of Gamers in MCE 2014

ASUS, a leading electronics manufacturer, participated in the main and final leg of the Mindanao Cyber Expo (MCE) at the SM City Davao, Davao City, last July 24-27, 2014. The Mindanao Cyber Expo, previously known as the Davao Cyber Expo (DCE), is a Mindanao-wide annual event that encompasses gaming tournaments, computer components, and cosplaying.  The event was done in four legs, one each for General Santos City and Cagayan de Oro, and two for Davao City. As a sponsor of the event, ASUS was given a booth to showcase the Republic of Gamers (ROG) brand. Various activities and exhibitions were held in the booth to cater to the curiosity and gaming needs of those attending the MCE. 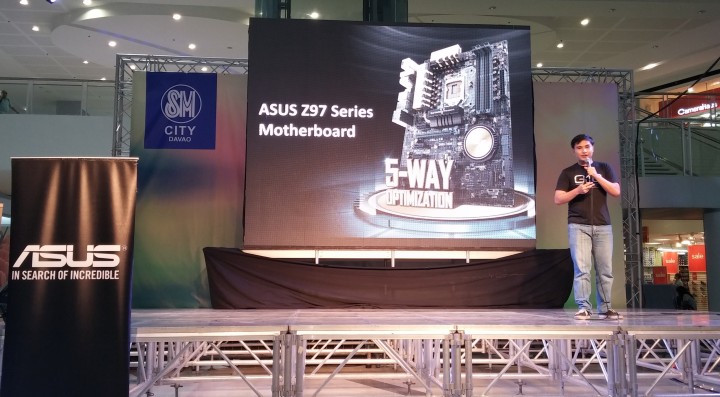 The MCE was also home to the annual LAN party for gamers and enthusiasts from various locations of the Philippines came together to showcase their custom PCs while also playing games with each other. Not only was the event about gaming, but it was also a battleground for the best looking and performing PC, the winners of which were given ASUS components as their prizes.

In partnership with leading graphics company, Nvidia, the ASUS booth demonstrated a comparison between integrated vs. discrete graphics cards. Using two desktop PCs with each having a setup typical in homes and internet cafes, the booth highlighted the performance differences in a gaming environment. One desktop PC was equipped with only a high-end processor, and the other one was powered only by an entry-level processor but complimented by an ASUS GTX 750Ti OC graphics card. 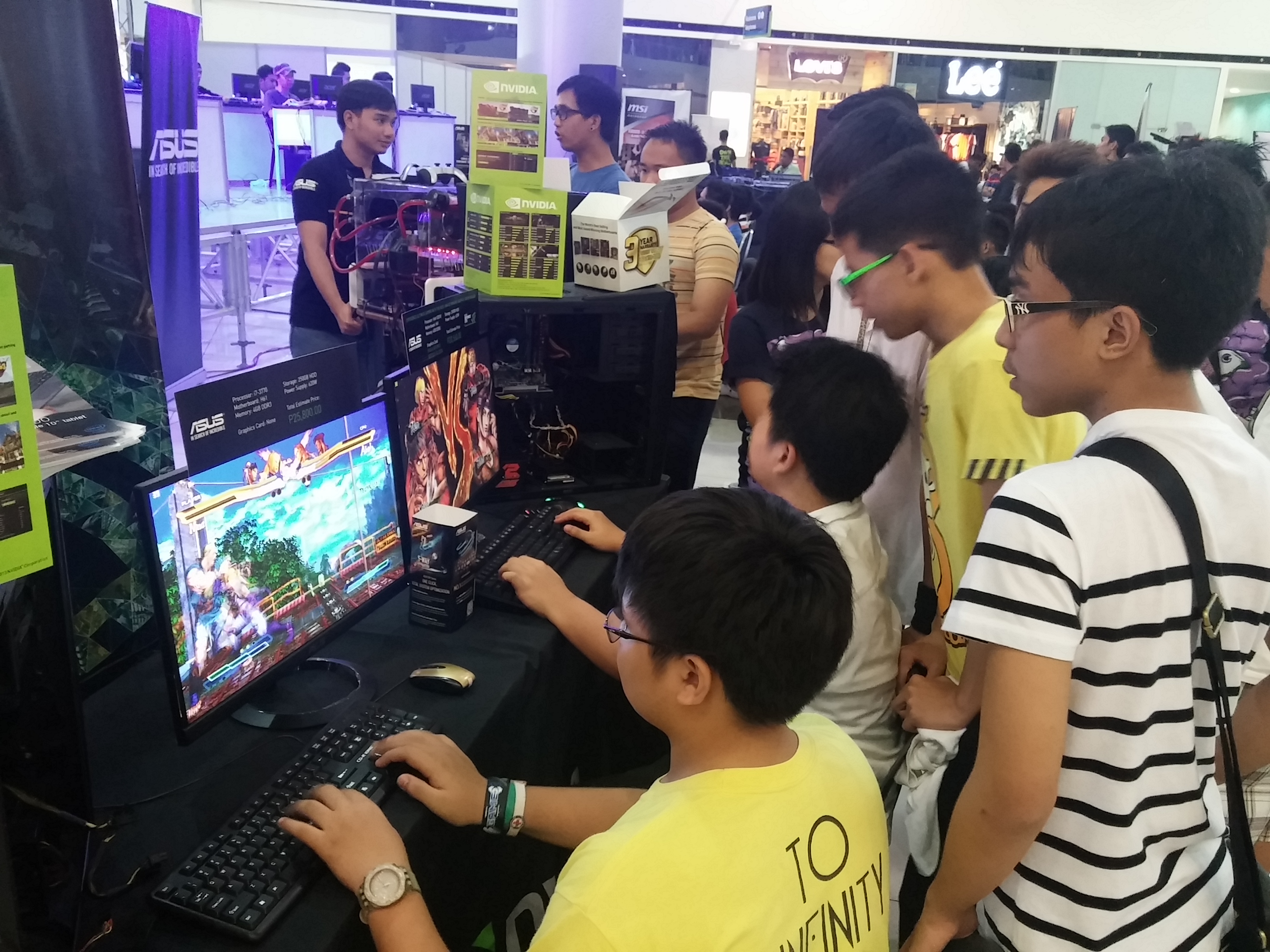 With price as a factor in purchasing desktop PCs, both demo rigs have tags that presented their respective prices. The more affordable one with a graphics card, outperformed the one without as it was able to produce more frames per second as compared with its integrated counterpart.

The ASUS GTX 750Ti OC is a mid-range graphics card capable of running most of the available games in the market. Powered by the latest Nvidia Maxwell architecture, this card outperforms the previous generation with twice the performance at half the power consumption.

Gaming at its Best

Two ROG units were also displayed for gamers attending the event to play and get a chance to win ASUS goodies. The rigs were powered with high-end ROG motherboards, one of which was the Maximus VII Hero, and gaming graphics cards. 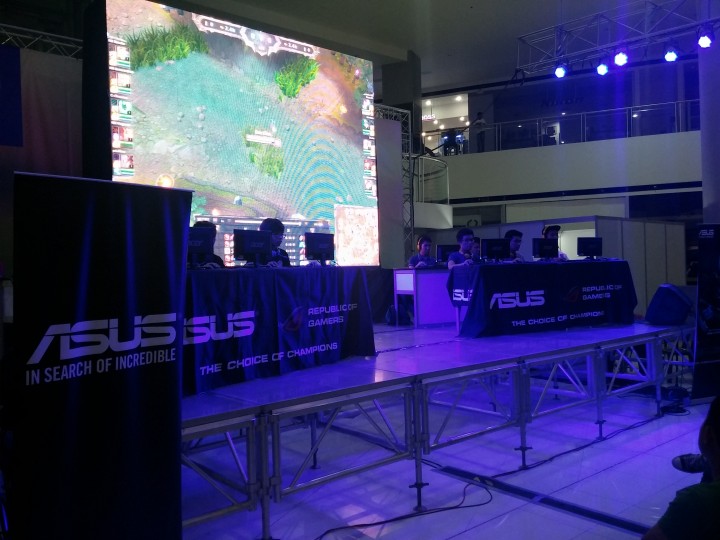 The Maximus VII Hero is one of the latest ROG motherboards that support the latest Intel 9-series chipset. Packed with features and high-quality components, the Maximus VII Hero ensures the best gaming experience. Running with the SupremeFX 2014, on-board gaming audio is above the usual. Gaming tools such as the Keybot and the Sonic Radar II provides the much needed edge for the user in video games. 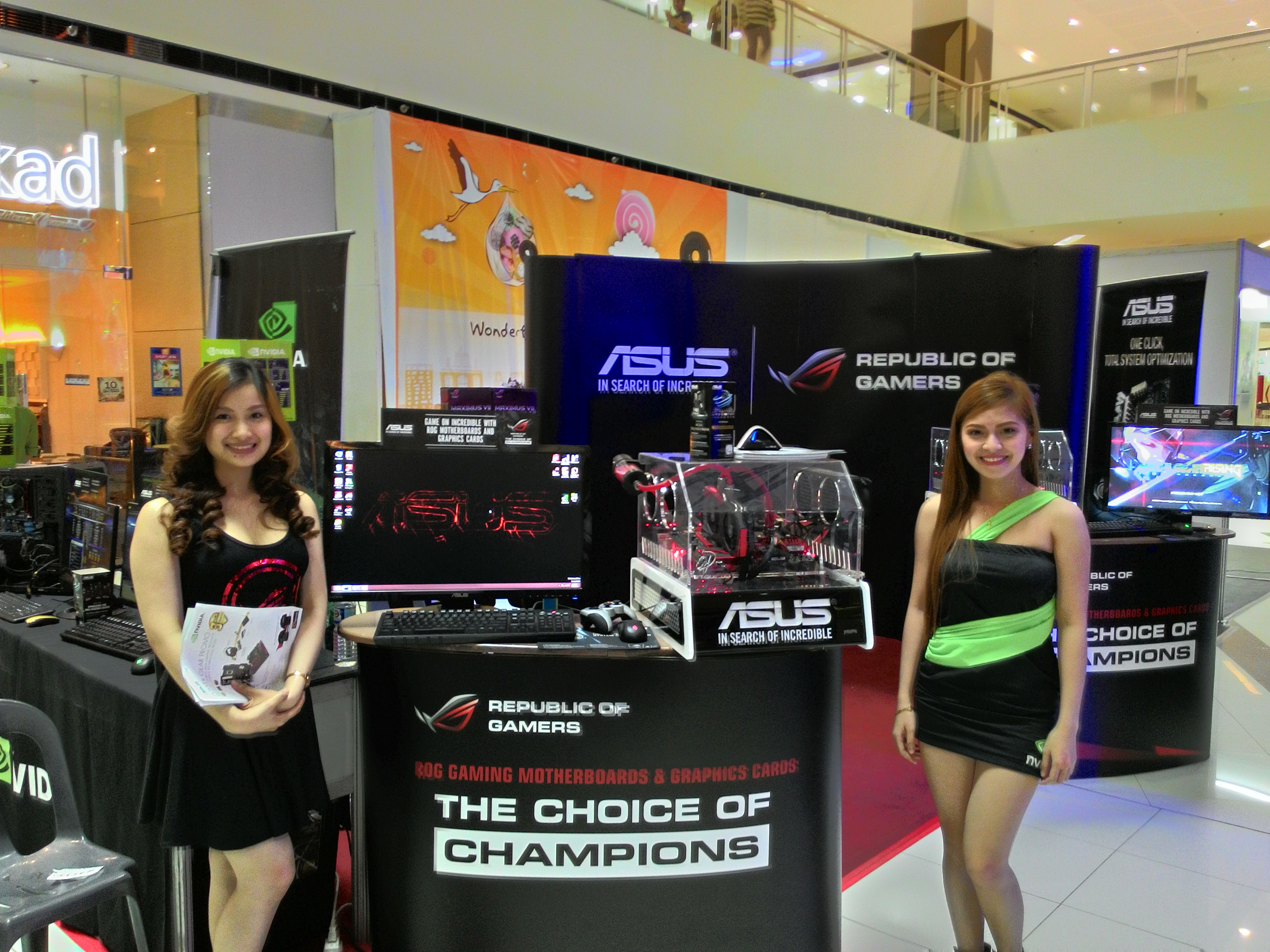 The Republic of Gamers is ASUS’ own gaming brand. As “The Choice of Champions”, the ROG brand is about high-end motherboards, video cards, and peripherals specifically made for gaming. Aside from being known for top-tier gaming components, ROG also stands as an international community composed of gamers, enthusiasts, and modders, using ROG for play or work.

Tinder Users ‘Swipe Right’ for Blind Dates in a Mustang

Buy an Acer laptop or desktop and get Adidas vouchers