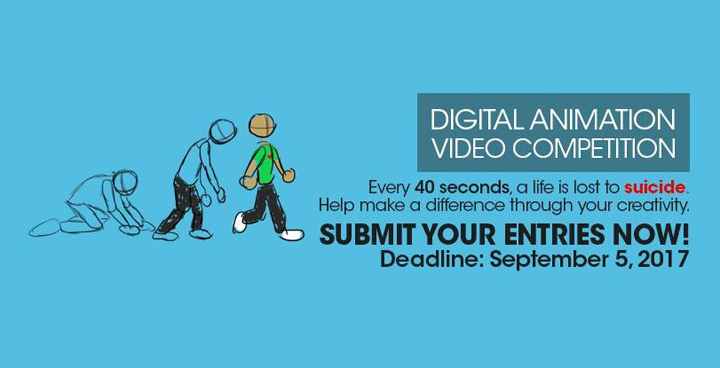 For the second straight year, the Natasha Goulbourn Foundation (NGF) with support from Globe Telecom, is holding the Hope in 40 Seconds animated digital video competition to raise mental health awareness and help those suffering from it realize that they are not alone in the struggle. It also encourages everyone who needs guidance to call HOPELINE, NGF’s free 24/7 hotline. See Contest Mechanics and Prizes below. 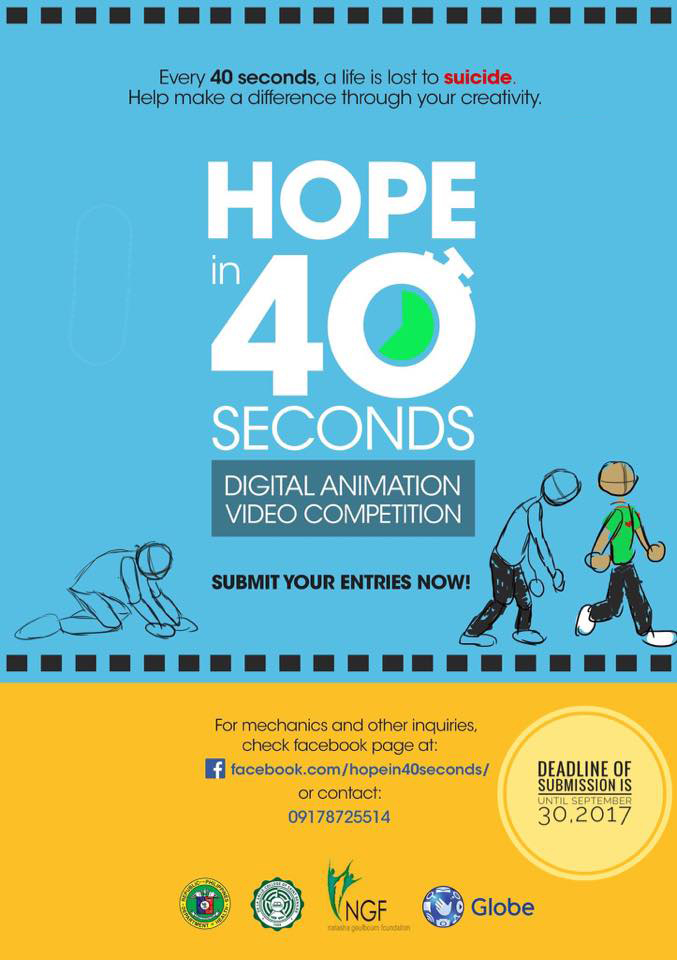 The competition, which is being conducted in partnership with the Department of Health (DOH) and the School of Design and Arts of De La Salle – College of St. Benilde, will run until end of September 2017. Globe is a long-time partner of NGF in providing the information and communications technology infrastructure for HOPELINE which enables Globe and TM customers to call toll-free.

The video competition is open to all Filipino citizens currently residing in the Philippines. All entries must be original and in animated digital video format (FLV, WMV, MOV, AVI, mpeg, mp4) not exceeding 40 seconds including the title and end screens. It should also incorporate the HOPELINE numbers 804-HOPE (4673), 0917558HOPE (4673), and 2919 (toll free for TM and Globe) as a call to action in the animation.

Content must not promote illegal behavior; support racial, religious, sexual or other invidious prejudice; advocate sexual or violent exploitation; violate rights established by law or agreement; invade the privacy of any person; or be otherwise inappropriate as determined by NGF, CSB and Globe in its sole and conclusive determination.

“HOPELINE has been around for five years. And every day we receive numerous calls from people undergoing emotional crisis. Sometimes, it is their friends or family who reach out to us. But we know that there are many more who are silently suffering from depression and other related mental illnesses. Through this animated video competition, we hope to encourage them to seek help and proper intervention so they could veer away from negative and escapist behaviors,” said Jean Goulbourn, Chief Executive Officer of NGF, a non-profit organization dedicated to bringing depression to light.

How to Submit Entries

Entries may be submitted by registering through http://bit.ly/2uefnbk or sending the google drive link of their uploaded video to www.facebook.com/hopein40seconds. The top 10 videos will be uploaded simultaneously for online voting with the Grand Prize and Online Voters’ Choice to be announced by the last week of September.

Yoly Crisanto, Globe SVP for Corporate Communications said: “We need to actively protect the vulnerable sectors in our society such as the youth against all forms of bullying, psychological stress and trauma. As a company driven by purpose to transform the Philippines into a digital nation, we help organizations like NGF through technology to reach out to more people in need of assistance. Sometimes a simple phone call can save a life.”