PC ecosystem, gamers and game developers commend Radeon™ RX 480 for redefining performance in its class and delivering the most compelling solution for premium VR experiences

Manila, Philippines — August 01, 2016 — Change is definitely here as AMD (NASDAQ: AMD) ignites a revolution in PC gaming and VR with the launch of the Radeon™ RX 480 graphics card to the Philippine market today.

Widely anticipated by Filipino fans and gamers since its international release a month ago, the world’s most advanced graphics technology has finally arrived on local shores to deliver enthusiast-level gaming performance and features, and an extraordinary value proposition. 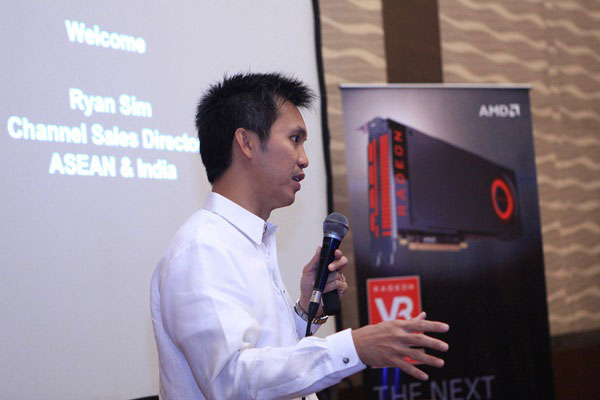 The Radeon™ RX 480 introduces premium technology engineered to deliver the best performance in its class1, democratize VR and deliver a wide range of future-proof technologies2 supporting current and forthcoming game and video standards. The cards will start at SRP P15,000 (with VAT) for the Radeon™ RX 480 8GB card. Details regarding the new Radeon™ RX 480 graphics card and related technologies are available at AMD’s new gamer-focused website, Radeon.com. 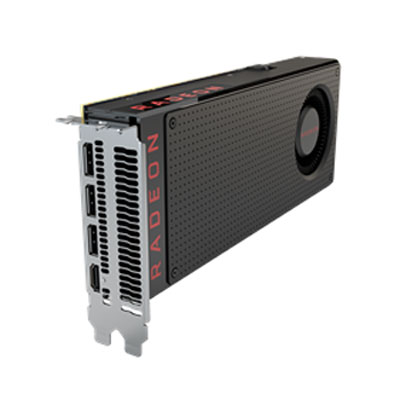 “Our message to gamers everywhere is that the Radeon™ RX 480 is every bit as much your card as it is ours,” said Raja Koduri, senior vice president and chief architect, Radeon Technologies Group, AMD. “We designed this technology by listening intently to you, the gamers who have bought and played on our graphics technology for years. We’ve worked tirelessly to produce something that satisfies the most discerning gamer, and delivers the ideal product at an impeccable price. We couldn’t be more grateful for the reception we’ve received from gamers, customers, and technology partners who see what our engineering team has accomplished, and agree that with the Radeon™ RX Series, gaming and VR is truly #BetterRed.”

The global PC ecosystem has demonstrated enthusiastic support for the Radeon™ RX 480 graphics card. OEM and system integrator partners such as Alienware, HP, and Lenovo are praising the Radeon™ RX 480’s capabilities.

Game and VR application developers including Bethesda, EA, and Ubisoft and VR headset manufacturers Oculus and HTC are applauding AMD for delivering on the promise of bringing flagship performance and features to the mass market, enabling them to greatly expand the reach of experiences they’re developing. 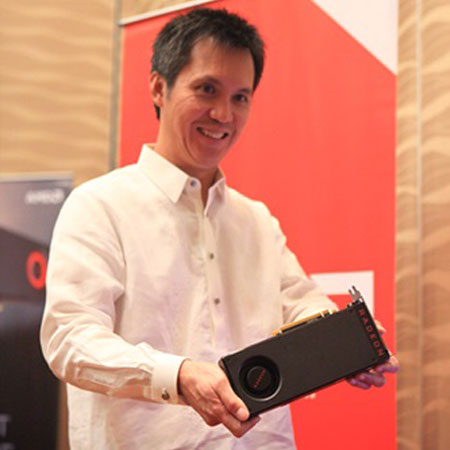 Professional and casual gamers alike are also celebrating the launch, with AMD-sponsored eSports teams such as Fnatic and Evil Geniuses hailing the Radeon™ RX 480 as a triumph for PC gamers everywhere, and prominent video reviewers worldwide affirming the exceptional value of the graphics card across a wide range of games. To see some of the industry-wide acclaim the Radeon™ RX 480 card is receiving at launch visit Radeon.com here.

The Radeon™ RX 480 card packs an unprecedented amount of gaming and VR goodness into an incredible price point:

Radeon™ RX 480 graphics cards are available from retailers and etailers around the world starting today.10 For more information on where to buy, visit http://shop.amd.com.

About AMD
For more than 45 years AMD has driven innovation in high-performance computing, graphics, and visualization technologies ― the building blocks for gaming, immersive platforms, and the datacenter. Hundreds of millions of consumers, leading Fortune 500 businesses, and cutting-edge scientific research facilities around the world rely on AMD technology daily to improve how they live, work, and play. AMD employees around the world are focused on building great products that push the boundaries of what is possible. For more information about how AMD is enabling today and inspiring tomorrow, visit the AMD (NASDAQ: AMD) website, blog, Facebook and Twitter pages.

Google is in search of new batch of Web Rangers

Feast for the eyes by Acer projectors and monitors

Visa and Robinsons Introduce Contactless Payments in the Philippines

Epson Ranks No.1 in Textile Dye Sublimation Printer Category in ASEAN* since 2015