AMD recently introduced in the Philippine market its new 2014 Performance Mobile APUs designed for ultrathin and high-performance mobile PCs, bringing the features and capabilities of the popular and powerful AMD A-Series APU family (codenamed “Kaveri”) to power-efficient notebooks for both personal and professional use. The new mobile APUs mark the debut of Heterogeneous System Architecture (HSA) features and Graphics Core Next (GCN) Architecture for mobile devices, establishing them as AMD’s most advanced mobile APUs to-date.

“This latest breakthrough from AMD is a total package of superior compute performance, striking graphics, and cost-effective power use with leading technologies in the industry, making the 2014 AMD A-Series APUs a potent force in today’s computing generation,” said Ryan Sim, General Manager for AMD Far East Ltd in the ASEAN region. “This introduction of the latest line of APUs to the Philippine market is part of our vision to improve and ultimately transform the computing experience of Filipino consumers.”

Responding to the needs of an evolving commercial marketplace for longevity, performance and stability in enterprise systems, AMD has introduced a professional line of the Performance Mobile APUs. Designed especially with business in mind, AMD PRO A-Series components offer outstanding stability and longevity, and enable open, industry-standard DASH manageability. 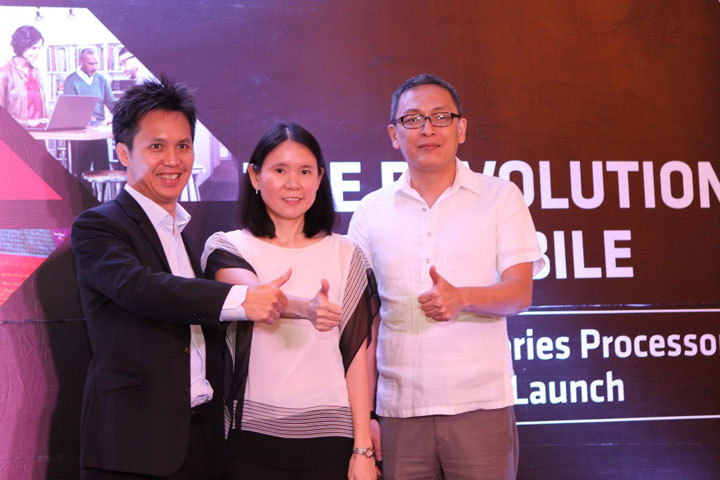 Acer and Lenovo notebooks powered by AMD’s 2014 A-Series APU lineup and incorporated with AMD Radeon™ R-Series discrete graphics for an exceptional cinematic or gaming experience are already available in the Philippine market.

Other computer brands will also feature 2014 AMD A-Series APUs which will be available soon.

Level up to LTE and enjoy a seamless mobile experience

So Worth It! The Yellow Cab Pizza Tour Off To A Great Start With Ben&Ben And Free Pizza, Eyes Baguio Next