Home > News > A Realization of a Father’s Dream 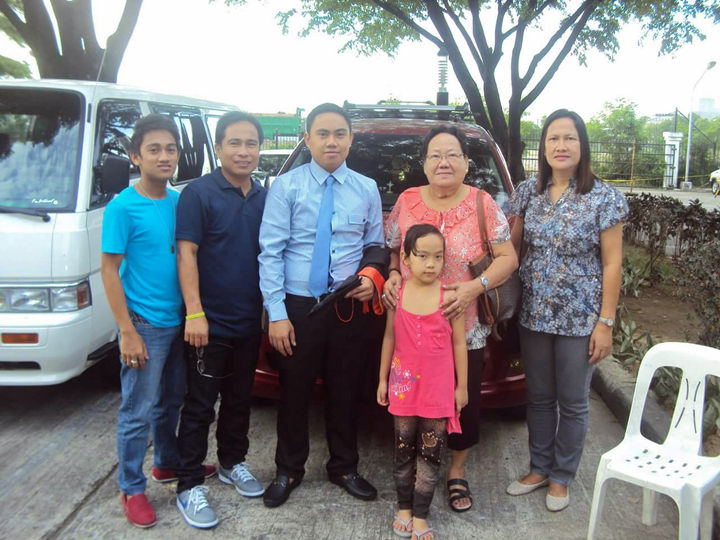 A Realization of a Father’s Dream

In the Philippines, there are more than two million Overseas Filipino Workers (OFWs). Their children had gotten used to having an absentee parent who is missing out special occasions and once-in-a-lifetime events — from occasions like birthdays and graduations to intimate moments like a baby’s first steps, first words, or first day in school. It is painful for both children and parent, but it’s a small sacrifice compared to the promise of a secure future. 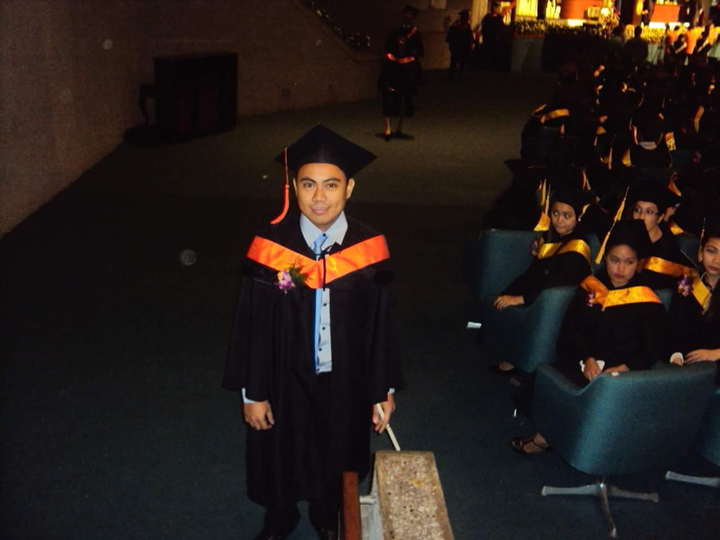 Above: JC Enriquez graduated with a degree in Electrical Engineering in 2013.

John Czarleen Enriquez or JC, knows of these aches and pains twice over. He was in Grade 1 when his father and mother left the country to work abroad as an electric engineer and a domestic worker respectively. “My parents asked my lolo and lola, and other relatives to look after me and two younger siblings,” JC recalled. Still, being the eldest, he taught himself to be independent out of necessity.

His parents would go home every two or three years, missing out on some important milestones in their lives. But JC still felt that he was loved. “Despite the distance and the difference in our time zones, we somehow made it work through constant communication and lots of patience and understanding,” he shared. 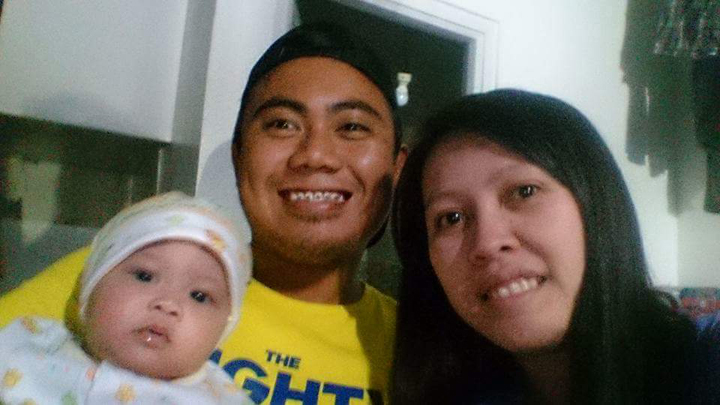 Above: JC Enriquez with his beloved Rose and baby Margaux.

Now aged 28-years-old and an accomplished electrical engineer, JC is a father to one- year-old Margaux. He would oftentimes look back with love and appreciation for his parents Crisaldo and Lynn. “Fatherhood has made me appreciate all the sacrifices my parents had to endure to give us a more comfortable life. Now that I’m the head of the family, I learned that necessary sacrifices are in order to provide a better life for my little girl,” he said.

JC was a beneficiary of a Philam Life education policy, which helped him achieve a degree in Electrical Engineering at the Technological Institute of the Philippines (TIP).

As a father himself, JC will pass on his precious daughter Margaux the two greatest gifts that his parents worked so hard for: unconditional love and a good education.

“Like my parents, I will give Margaux every ounce of love and financial support that I can provide,” he said. “Life is unpredictable, and as a parent I want to give her that certainty to have a better future through good education. I followed my father’s advice and got an education policy for my daughter’s college education.” Enriquez concluded.

Schools and universities increase their tuition fees almost every year, so it is best to ensure the child’s education early. It is good to get a plan with guaranteed education benefits and has potential growth to cope with annual tuition fee hikes. Like JC, who is just starting a family, it is important to find a stable and trustworthy insurance partner with a good track record of keeping its promises.

Philam Life has released over P10 billion in education benefits over the past decade. Last May 2016, around 50,000 scholars nationwide received their education funds in time for the first semester of school year 2016-2017. This October, Philam Life is set to release another 51,000 checks to its education policyholders. This is a testament to the company’s ability to fulfill its promise and help parents give their children a good education year after year.

Finish Your Christmas Shopping and Join the 12.12 Online Fever