4 groups of young innovators were honored during the launch of Wyeth Nutrition Philippines’ First National Kids’ Innovation Day.  The young innovators presented their different projects which has won awards locally and internationally at the Mind Museum in Taguig City last September 16.

As exemplars of the Filipino innovative spirit, noted young inventors shared their journey toward accomplishing their breakthroughs which earned international distinctions: 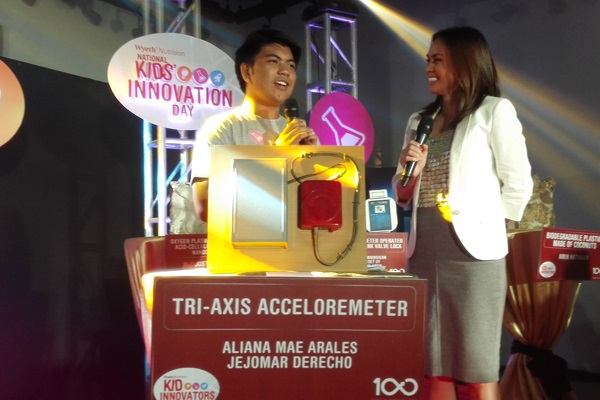 Manila Science High School alumni Jejomar Derecho recalled how he and and Aliana Mae Arales  (not in picture) came up with the Tri-Axis Accelerometer as Commercial Seismic Wave Sensor, bagging the gold in the 2014 International Youth Invention Exhibition Awards. 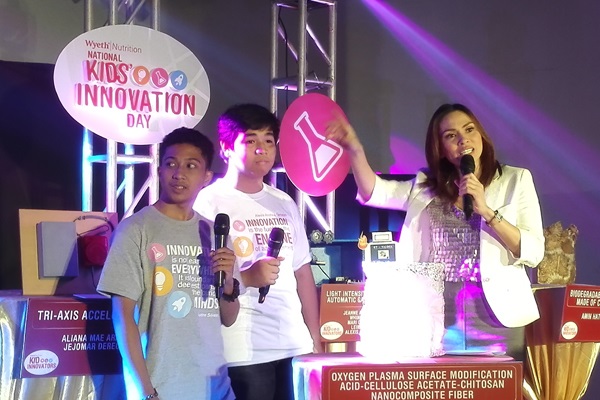 Justine Silvestre and Adrian dela Cruz of the Philippine Science High School shared how they overcame challenges to their science project, the “Oxygen Plasma Surface Modification of Polylactic Acid-Cellulose Acetate-Chitosan Nanocomposite Fiber,” which won the Best Overseas Project at the Mahidol Wittayanusorn School Science Fair in Thailand this year. 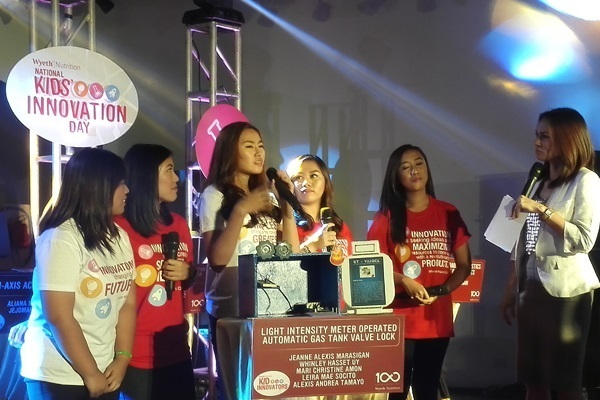 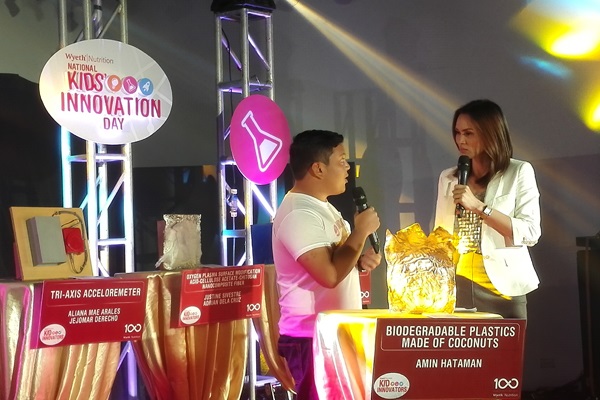 Amin Hataman shared how he was able to invent biodegradable plastics made of coconuts last year, winning gold in the 2014 International Young Inventors Olympiad in Georgia, and bronze in the 2015 I-SWEEP Olympiad in Texas, USA.

Also launched during the event was the Search for the Wyeth Nutrition Kid Innovators.  This search is open to all students aged 9 to 14, grades 4 to 8. Entrants can submit an innovative science-related project that they produced, either alone or as a group of 2 to 5 members.

Details about the Search can be found here.