Home > Lifestyle > When the Political Turns Comical: How top statesmen met their match with Stephen Colbert

When the Political Turns Comical: How top statesmen met their match with Stephen Colbert


Who says comedy has no place in politics—and we’re not talking about the silly gaffes and preposterous controversies that often make their way to the media. Through irony, parody, and exaggeration, the art of satire has long been used to call out political blunders and misdeeds that are just as hilarious as they are blood-boiling.

Often described as a “rubber sword,” humor can bring attention to current issues without necessarily “drawing blood.” No doubt it can step on a few toes. But by taking a tone that’s less abrasive than a direct attack, the format makes difficult topics more accessible to ordinary people while being effective at inviting public scrutiny. 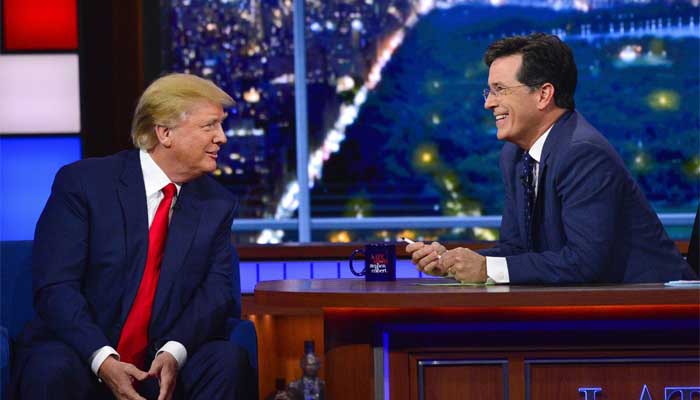 The POTUS himself has repeatedly been subject to Colbert’s commentaries and off-color jokes that Trump personally responded by calling him a “no-talent guy.” Rather than taking offense, Colbert called the retort a victory, thanking Trump for finally saying his name and boosting his ratings. 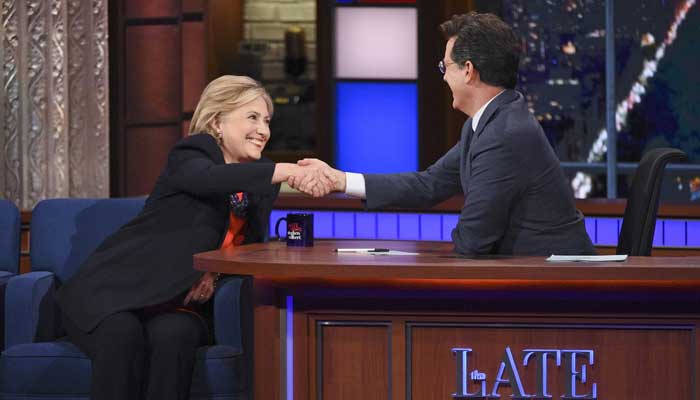 Trump’s presidential rival Hillary Clinton made a sudden comeback in an interview regarding why she lost the U.S. elections. In that interview, Colbert pointed out what could have been a “slip of the tongue” that revealed the real reason behind her loss: Clinton mistaking October 28 for the election date instead of November 8. He then parodies the former senator by pretending to pack her bags and deciding not to campaign in Wisconsin and Michigan.

Current White House Press Secretary Sean Spicer has done major slips throughout his tenure, including a rather mysterious interpretation of U.S. President Donald Trump’s “covfefe” typo on Twitter. Spicer’s often outrageous “alternative facts” has, of course, gotten Colbert’s attention, including a segment on how the president likened the press secretary to a “daytime soap opera” for “attracting nearly as many viewers.” 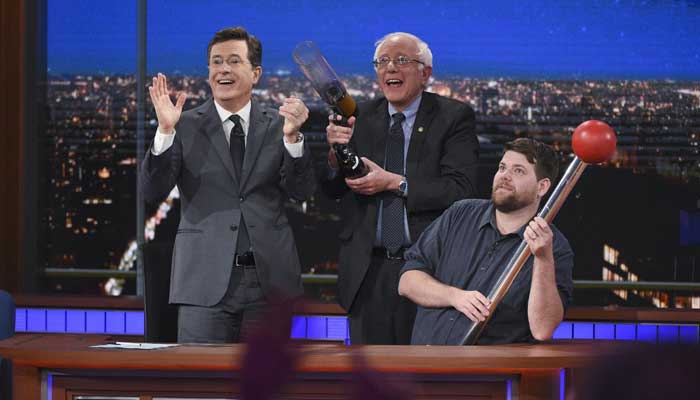 Independent presidential candidate Bernie Sanders stepped down of the 2016 race for the highest seat to endorse former rival Hillary Clinton, declaring that he would be joining forces with her against their shared enemy: Donald Trump. While Colbert called Bernie’s campaign remarkable, he still offered a funny tribute complete with salty caviar and champagne care of the senator’s “elite adversaries.”

Many more figures in government have made their way to Colbert’s show as the host continues to shed light on America’s dysfunctional political system. Catch the latest parodies at The Late Show with Stephen Colbert, express from the U.S. every Monday to Friday at 10:50PM, first and exclusive on RTL CBS Entertainment. RTL CBS Entertainment is available on SKYcable channels 53 (SD) and 196 (HD), SKYdirect channel 35, Destiny Cable channel 53 (Digital) and 89 (Analog), and Cablelink channels 37 (SD) and 313 (HD).

Jojo Gajitos is the new Philippine CEO for Conduent Incorporated

Wholesome Meals Better Life, Season 8 to air this May on CNN Philippines

Alfamart Brings the ‘Super Minimart’ Closer to Your Neighborhood