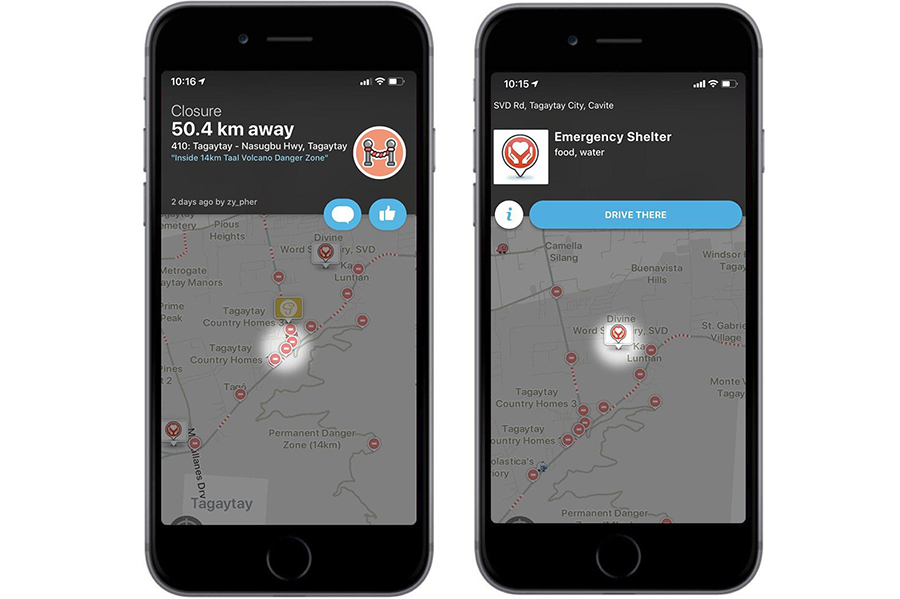 Philippines, 17 January, 2020 –  Amidst the eruption of Taal Volcano, Waze continues to bring communities together on and off the road. The community-driven navigation platform is working closely with the Department of Transportation (DOTr), CNN Philippines, and DZMM (630 AM) Radyo Patrol on the relief efforts for the afflicted communities.

Since January 12, the phreatic explosion of Taal Volcano has been observed generating up to a 15-kilometer ash column. This has affected the regions of CALABARZON (Cavite, Laguna, Batangas, Rizal and Quezon), Metro Manila and parts of Southern Luzon. Motorists are advised to practice extra precaution while driving in these regions, due to poor visibility and slippery roads.

Playing its part in bringing communities together, Waze’s Crisis Response team is assisting a total of 308 different segments of road closures, 102 emergency shelters, and donation centers as of date. Local Waze users affected by the crisis received both push notifications on the day of the eruption and during the relief operations. Users are being updated on the map should there be an increase in the number of new road closures due to Taal’s’ volcanic activity.

To date, Waze users can choose from the following donation centers:

Waze’s Crisis Response team has been extending their support for various efforts such as the evacuation zones for the fires in California (Cave Fire, Kincade Wildfire, Getty Wildfire, Simi Valley Wildfire, Maria Wildfire) and the bushfires in Australia. Waze encourages users to continuously report real-time accidents, hazards, blocked roads, weather conditions and more that will help fellow Wazers get to their destinations safely.

Garmin Dresses Up the Latest vívomove Series with New Styles