Home > Recent > Truth or Myth? Let’s See How Many of these Hybrid Myths Can You Bust? 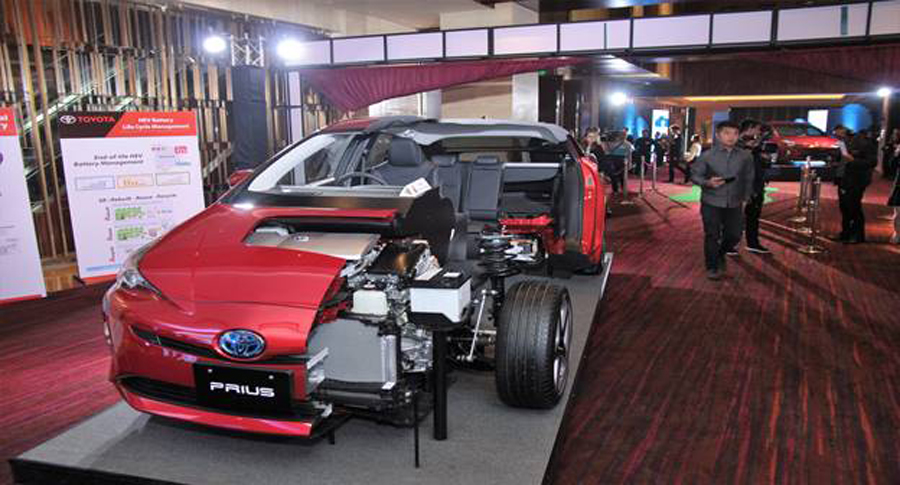 Truth or Myth? Let’s See How Many of these Hybrid Myths Can You Bust?

Chances are you’ve seen them in your favorite movies and TV series. No, we’re not talking about A-List celebrities (though many stars drive themselves around in one). We’re talking about hybrid cars, especially the uber popular Toyota Prius! Globally, Toyota’s hybrid cars have established themselves as reliable choices for amazing fuel economy. It’s no wonder why you see Hybrids almost everywhere in most other countries!

It’s a very different story though here in the Philippines where there’s still a lot to be understood about Hybrids. There seems to be a lot of misunderstanding surrounding Hybrids, and here we’ll address the top myths to hopefully clear the air (pun intended) about these environment-friendly vehicles.

Let’s see how many of these Hybrid myths we can bust together! SPOILER ALERT: We’ll bust them all!

They’re similar in that they both have electricity as a power source but different because Hybrids vehicles also have a second power source — the petrol engine.

MYTH # 2: Hybrid Cars Need to Be Charged Before Use

THE TRUTH: Hybrids do not need to be plugged in to be charged. They are self-charging through the motion and braking of the car. This is called “regenerative braking” and is what makes Hybrids unique and extra convenient as electrified vehicles! This makes the ideal for the Philippines since there’s no need for added infrastructure like charging stations.

MYTH # 3: Hybrids are difficult to maintain.

THE TRUTH: Similar to a regular car, Hybrids just need to be brought to your local Toyota dealer for its preventive maintenance service (PMS). While usage circumstances still play a key role, Hybrid batteries don’t need any special maintenance on top of PMS.

Did you know that for added piece-of-mind, Toyota provides a 5-year warranty on the hybrid battery alongside the standard 3-year warranty on the vehicle itself? But don’t think that after 5 years you’re going to need to replace the battery, as Toyota’s Hybrid batteries are designed to last the lifetime of the car with proper care and maintenance.

MYTH # 4: Driving Hybrids in a flood will cause you to get electrocuted

THE TRUTH: No, you definitely won’t get electrocuted! The power shuts off once in contact with water. It’s no different in terms of safety from a conventional vehicle since both hybrids and conventional vehicles have their engines at similar heights from the ground. Don’t believe it yet? Check out this video to see how Toyota simulated flood situations with a Hybrid to prove its safety.

THE TRUTH: Hybrids are a lot more affordable now and are priced competitively to their conventional gas counterparts. And since Hybrids are very fuel-efficient, you’ll also save a lot on gas expenses in the long run.

MYTH #6: Hybrids are hard to drive

THE TRUTH: If you know how to drive a conventional vehicle, then you know how to drive a hybrid! Hybrids actually have the smallest learning curve among electrified vehicles! You just need to gas them up like your conventional car (just not as often anymore!). The hybrid system is very intelligent and automatically switches between EV and gas mode to give you the most out of your fuel!

And there you have it! Six myths, all busted!

Hybrids may be thought of as the future, but they’re also the now!

Toyota Motor Philippines offers several hybrid models available now ready to be drive on Philippine roads. No need for charging stations. No worrying about running out of juice in the middle of a trip. Reduce your emissions today and start saving on fuel!

View the entire infographic below so you’re always informed!

Refine your standards with the Soundpeats True Air 2

Easy Ways to Keep Your Home Clean, Healthy, and Pollution-Free