With the theme “Excellent Lifestyles”, the Taiwan Excellence 2015 campaign aims to show Filipinos how Taiwan products have evolved to conform to world class standards. Actress Maja Salvador has been announced as the campaign’s endorser.

Convinced of the strong potential of Taiwan products in the Philippines, the Bureau of Foreign Trade (BOFT, Taiwan) and the Taiwan External Trade Development Council (TAITRA), which backed up Taiwan Excellence 2014, are again supporting the campaign on its second run. The Philippines was the third largest export partner of Taiwan among ASEAN countries in 2014, amounting to USD 9.53 billion. For the same year, the country was also the 11th largest trade partner of Taiwan in the world, with bilateral trade amounting to USD 11.6 billion. 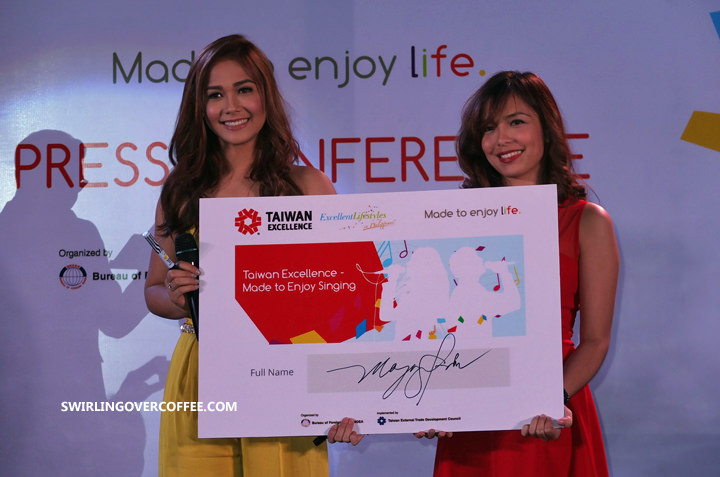 Maja Salvador is happy to sign up as the first participant in the Taiwan Excellence Made to Enjoy Singing, one of several activities the campaign has lined up for this year. Maja is assisted by a product girl (right) in holding up her sign up card.

Central to the 2015 campaign is the announcement of actress Maja Salvador as Taiwan Excellence 2015 campaign endorser. She will be taking part in all the campaign’s activities slated for this year and which will be open to all Filipino consumers. (See list of activities below.)

The Taiwan Excellence 2015 campaign launch was held at the Rigodon Ballroom, Peninsula Manila in Makati City last July 2, 2015. Here are some of the brands and their products that were showcased at the launch.

This year, 77 brands were showcased, including 201 products from brands like Acer, ASUS, and MSI (for information and communication technologies); Pacific, Strida, Tern SYM, KYMCO (for transportation and leisure); Heartway, Miacare, and Microlife (for medical applicances); Sakura, and Tatung (for home and living products); and Johnson Fitness, and Striker (for sports products). New brands like Mozbii and Gunilamp were also introduced. 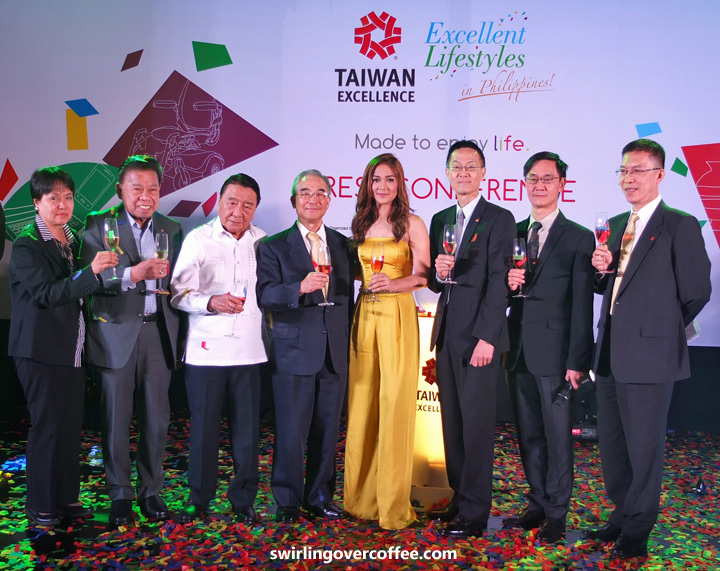 “We witnessed the warm reception to Taiwan-made products last year, which is why we are undertaking this campaign again. We hope that more Filipinos will buy our products and receive the assurance that they are getting the best and highest quality products,” said Yu-Wei Hsiao, Deputy Executive Director of the Taiwan External Trade Development Council. 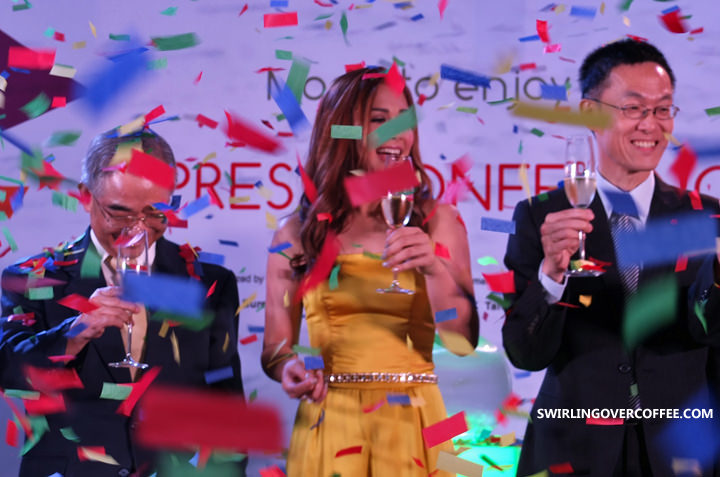 The First Taiwan Excellence Experience Zone in 2015 is scheduled on July 3 to 5 at the Main Atrium of the SM Mall of Asia in Pasay City. The second Experience Zone is slated for September 2015. Other activities for this year include a Taiwan Pavilion at the Manila FAME in October, Made to Enjoy Singing Contest from August to December 2015, and the Taiwan Excellence Collections throughout the year at Octagon, SM Megamall. Visit www.taiwanexcellence.ph for details. 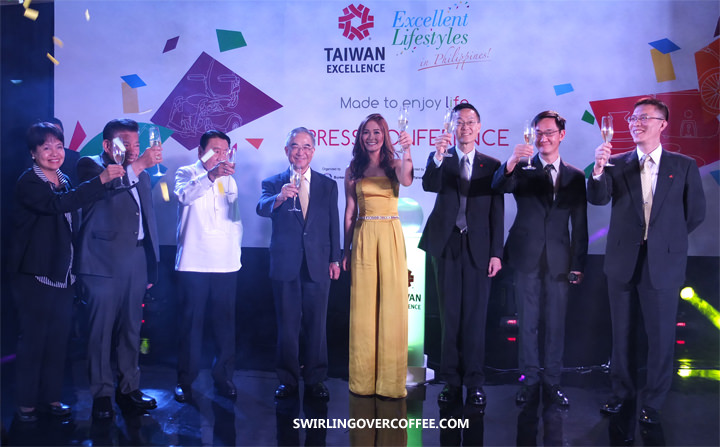 Filipino Teachers and the Passion That Makes Learning Continuity Possible

SAMSUNG Changes the Way You Experience Sound With the New Galaxy Buds+, Now in Stores!